5 Ways to Prep Your Toddler to Fly

When my husband and I decided to fly from Minneapolis to Hot Springs, Arkansas to visit family for Christmas with our one-and-a-half-year-old son over Christmas, I was so worried about how he would cope with the flight. I had heard horror stories from parents about their children crying and throwing tantrums. I wanted to avoid meltdowns as much as possible.

I knew that prepping him for the flight experience, as best we could, would only help. Much thanks to a few simple tips we practiced beforehand at home, our flight was a success! They really helped our toddler stay happy and calm both at the airport and in flight.

Here are my five tips which prepared our toddler for flying which I hope could also make your Bébé Voyage a positive experience: 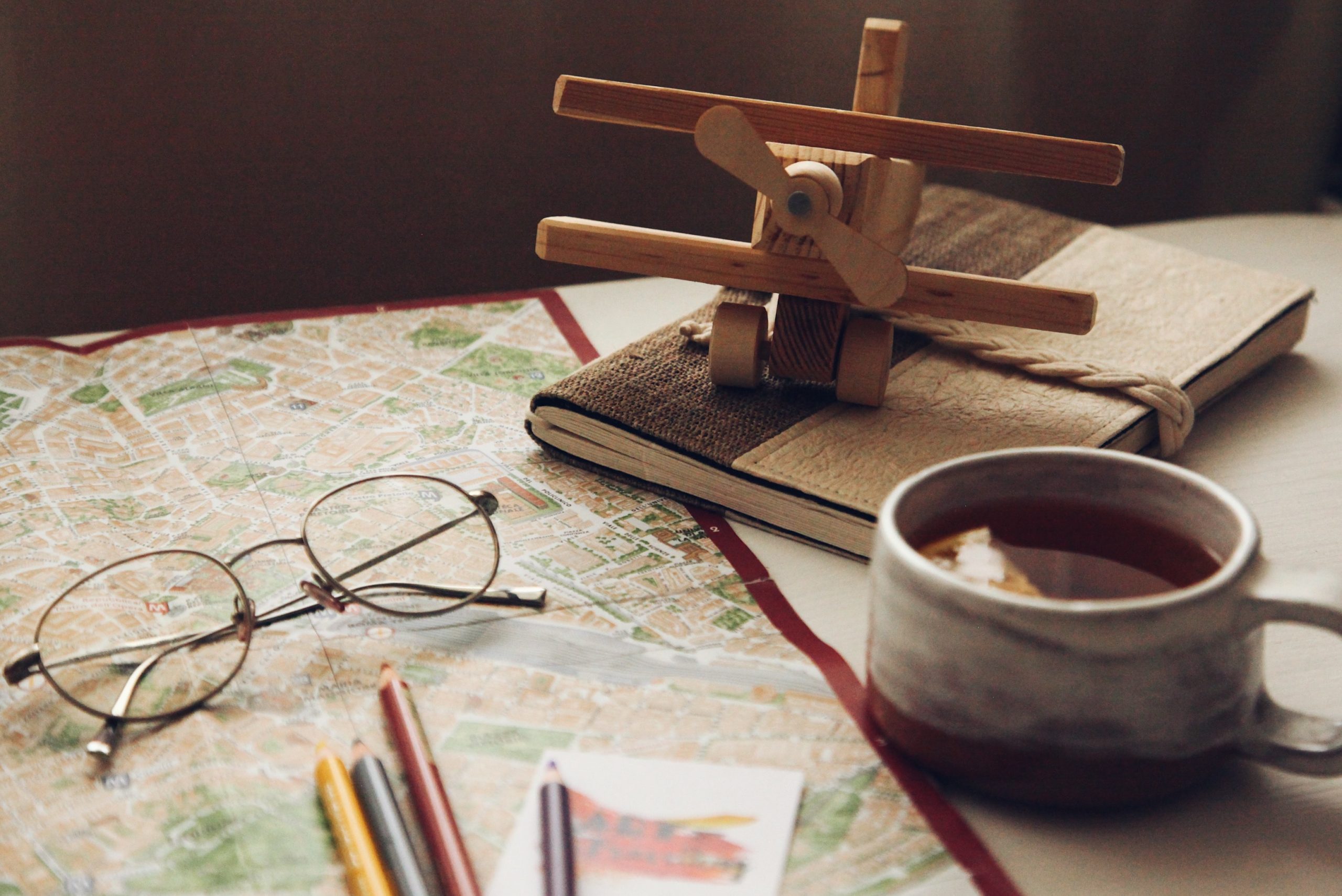 My son received a toy airplane for his birthday.  This was perfect timing since our trip was coming up! It was a fantastic tool to teach him about airplanes.

We took little people figures from his toy box and pretended that they were us. We would then explain how we would all go to the airport, board a plane, and sit next to each other in small seats. We then showed him how the plane would take off and land.

He loved flying the plane around our living room and even learned how we would deplane after landing.

By the time we went to the airport for our flight, he knew exactly what was going to happen and wasn’t fazed at all by the protocols. 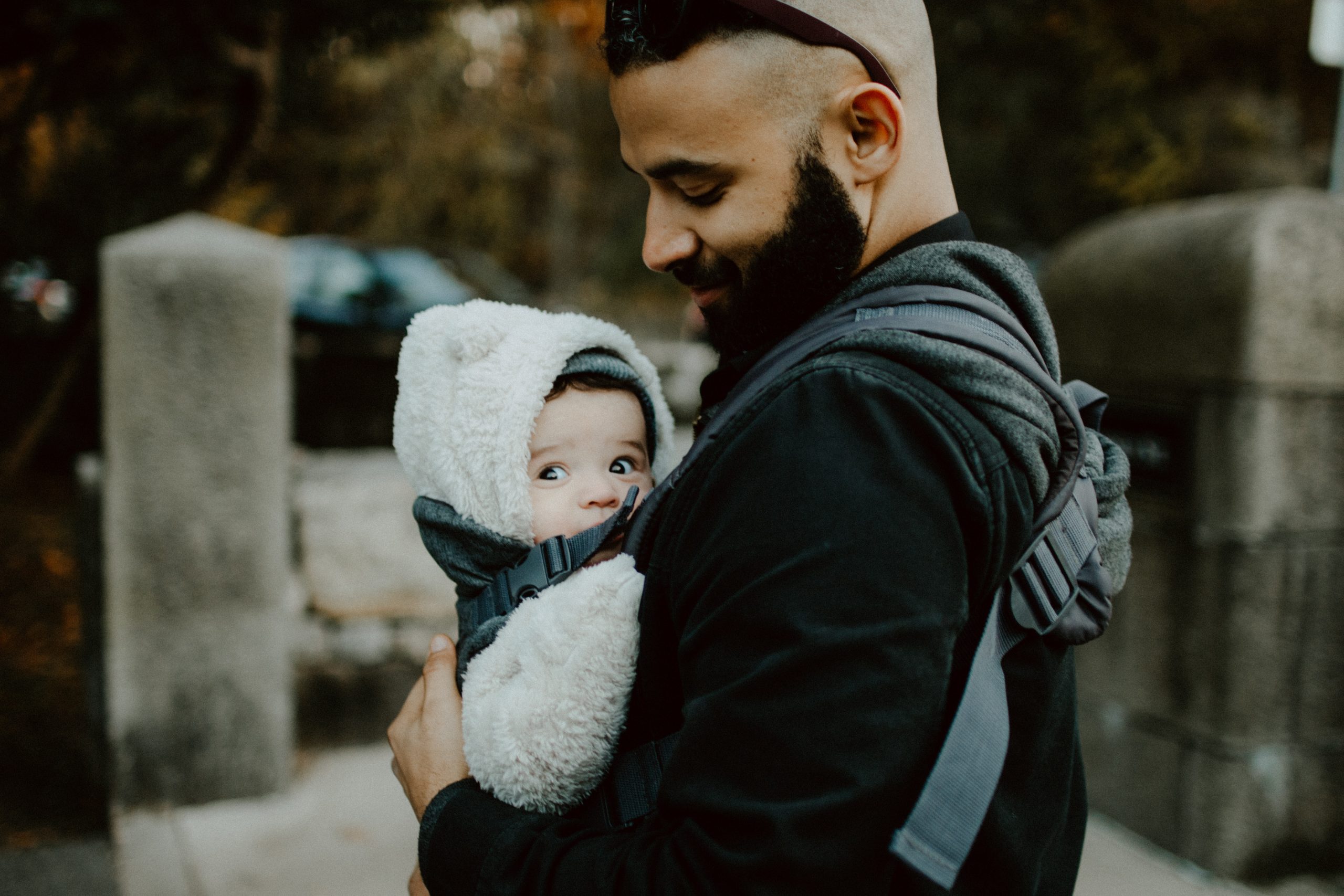 We decided to carry our son around at the airport in our front pack. I highly recommend you leave your stroller behind and use a carrier instead to limit the number of bulky items you have to lug around.

To get our toddler used to napping in the front pack before traveling, we purposely stayed out during nap time so he could learn how to fall asleep in the carrier. This worked out well for us. At first, he struggled to nap but soon got used to being carried for long periods of time.

Making sure he had lots of experience being carried in the front pack helped a lot at the airport. He didn’t fuss or ask to get out of it when going through security and at the gate. He even napped for a little while in the airport.

Whatever your method for carrying or strolling your kid around the airport, rehearsing your planned means of bébé transportation before your travel date will do wonders in keeping your little one calm at the airport.

Whenever we were at a store and our toddler begged us for some little toy, we said “no” but actually went back to purchase it. We accumulated quite a few toys we knew he would love to put into a surprise bag for the airplane.

The best part is that this toy bag doesn’t cost a lot of money. We used a bag we already had at home, and many of the toys we bought were in stores’ dollar sections.

We also put random office supplies in the bag that we knew would entertain him such as sticky notes. He had endless fun sticking them on the airplane tray and window.

The bag was a hit! We gave it to him the first time he started getting restless on the plane. He stayed entertained the rest of the flight pulling all the new toys and objects out of the bag. 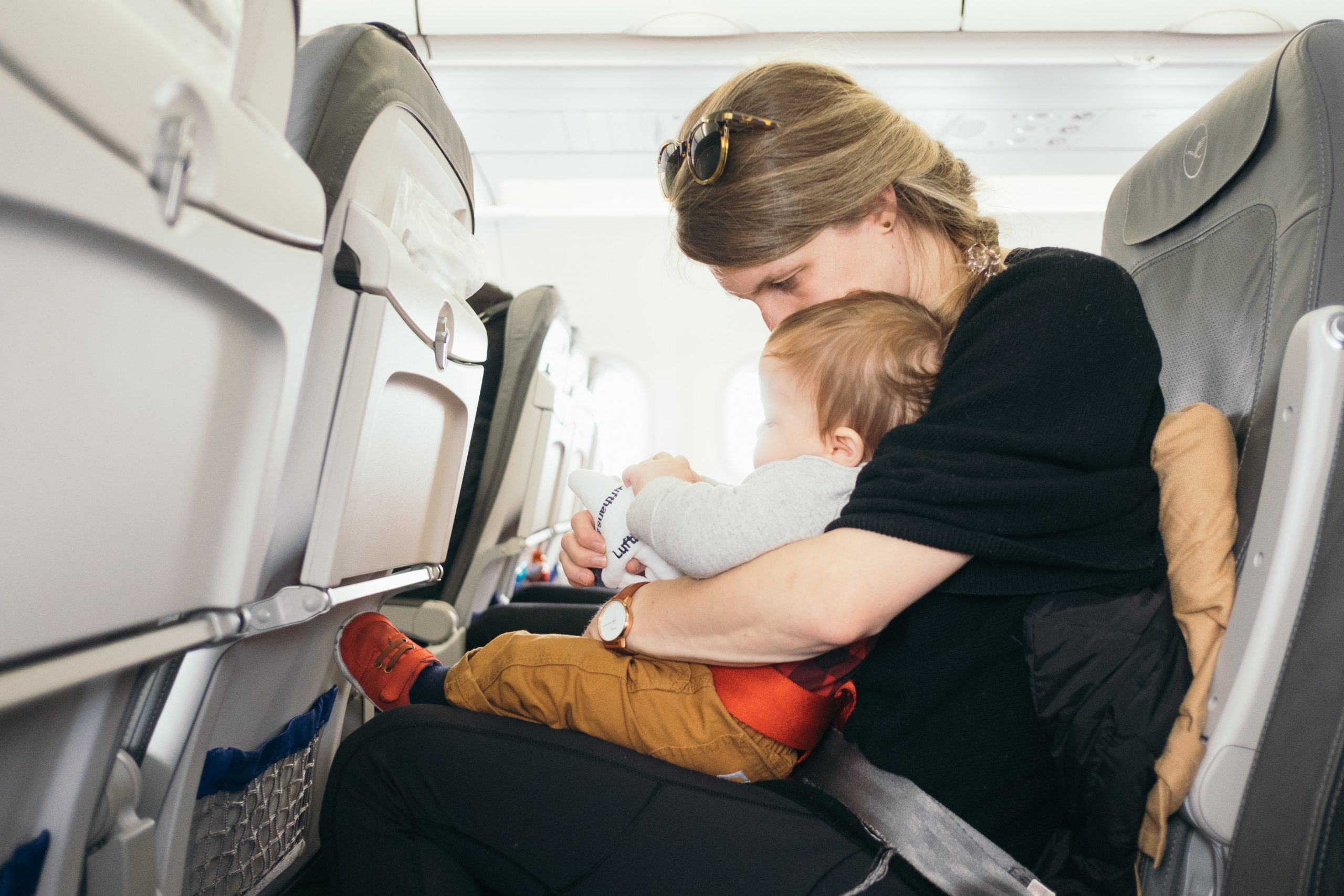 We learned that songs are not just for the car! A couple months before our flight, our son began to really like singing songs. We taught him classics like “Old Macdonald” and “Twinkle Twinkle Little Star.” Closer to Christmas, we taught him “Jingle Bells,” his absolute favorite. He asked us to sing the songs so many times every day and soon learned the lyrics himself.

During our flight, he started requesting the songs when bored. We had lots of laughs singing silly variations of “Old Macdonald.” We even sang “Jingle Bells” over and over until he fell asleep on our lap. It was a big win! 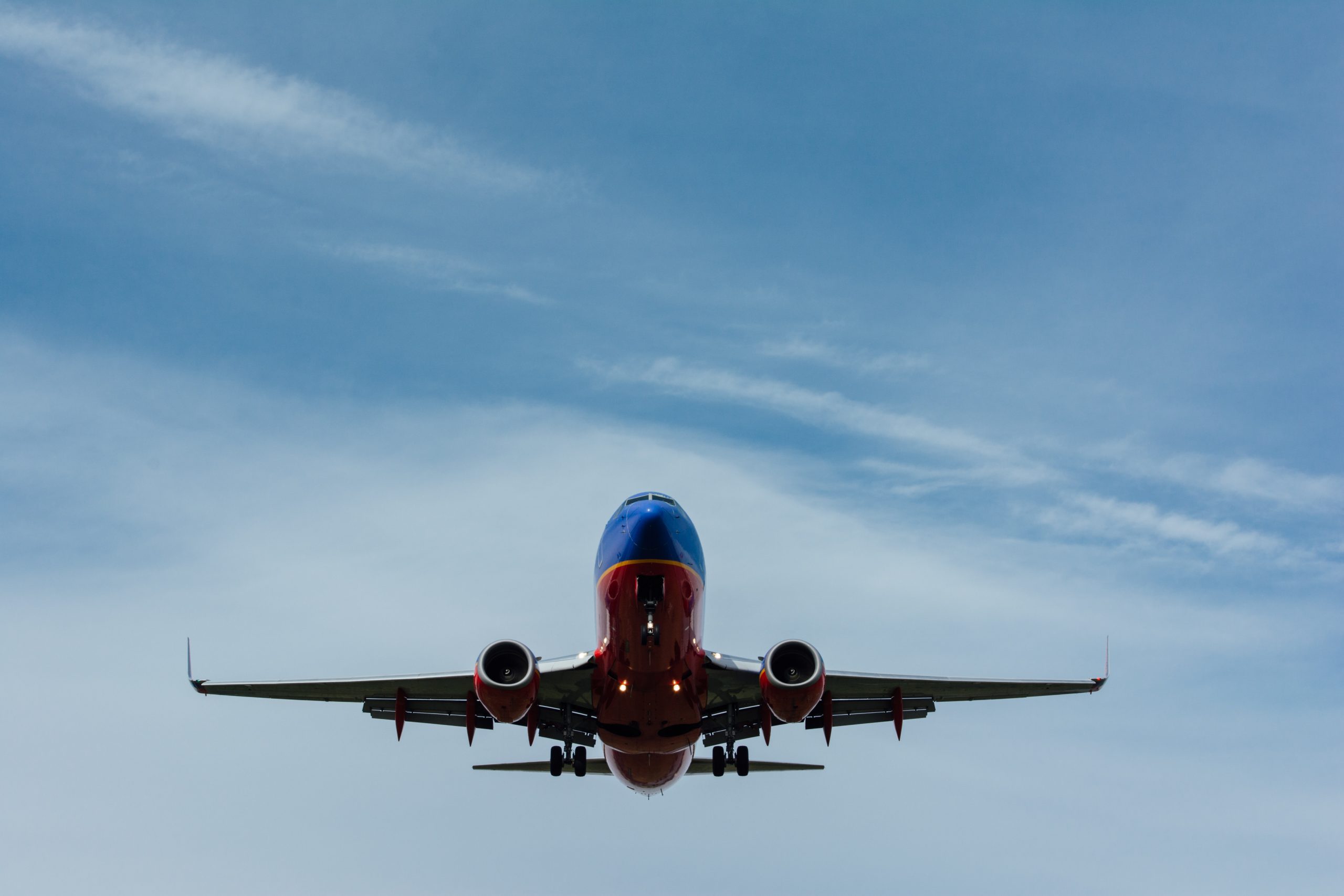 Every time we were out playing and saw an airplane in the sky, we would talk about our upcoming trip and remind our toddler that we would be flying up in the sky too. He loved to point to the sky and watch the airplanes.

Talking so much about airplanes and flying helped him be completely at ease on our flight. I had been so worried that he would be scared or have an earache during takeoff or landing, but he just happily exclaimed, “Up, up, up!” This was no surprise given how much we had prepped him before our trip telling him how we would fly up, up, up! As a result, he had no fear when we were actually in the air!

Taking the time to prepare our toddler and equip him with some tools and explanations about flying helped our flight immensely. Hopefully, these five tips will help your bébés and family have a great time traveling as well!

Rachel Babcock is a writer, consultant, and stay-at-home mom living her best life in Minnesota. Say hi and read her lifestyle blog at her website and get a glimpse into her days as a mompreneur on Instagram.