#1 Prepare to have your senses awakened by astounding natural beauty.

Both Montenegro and Bosnia have been granted spectacular scenery. From the plunging emerald valleys of central Bosnia to Montenegro’s slate mountains that collide with the Adriatic in the Bay of Kotor, both countries are a feast for the senses. There were moments and places that took my breath away and made us wish we’d organized our journey to stay longer. 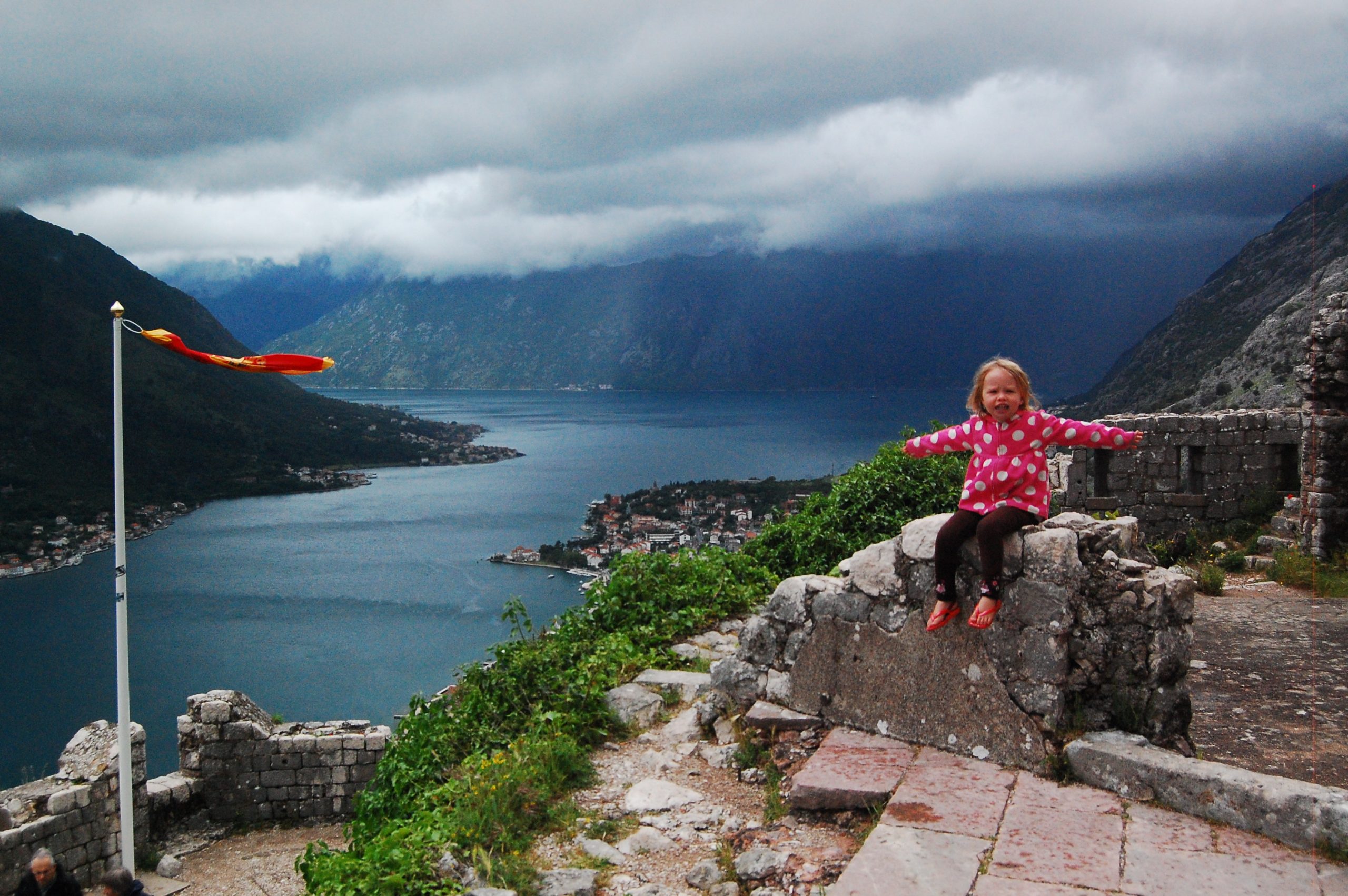 #2 You’ll find the charm of Western Europe minus the crowds and costs.

We loved soaking up the quirks and quarks of these two lesser-travelled Balkan nations. You can sip a cappuccino or Bosnian coffee in a quaint cafe on a cobbled street and marvel at architecture that is hundreds of years old for a fraction of the cost of more highly visited European countries. Accommodation, food and transportation are also much less expensive in Montenegro and Bosnia.

Neither Bosnia y Herzegovina nor Montegreno has acceded to the European Union, though bids from both countries have been placed. What does that mean? Well, in this slice of Europe, Montenegro uses the Euro as its official currency while Bosnia uses the Bosnian Convertible Marka. Prepare for a little arithmetic to convert currencies and understand costs. Also, be mindful of entry and exit requirements for both countries as these may differ depending on your nationality.

#4 Be prepared for complicated transit and connections.

Just because you are on European soil does not mean everything will go like clockwork. Getting to and from Bosnia and Montenegro isn’t as straightforward as other Balkan countries like Croatia, Serbia, or Greece. There are limited trains in both nations, so be prepared to explore alternate forms of transportation. Car rental is an option that gives freedom and flexibility, especially for families with kids.

Consider this entry in my travel journal from the day we left Sarajevo, Bosnia for Podgorica, Montenegro.

“We made it to Montenegro after a six-hour bus ride through Bosnia and across the Montenegrin frontier. The road in Bosnia was a tiny single-lane paved track clinging to the edge of cliffs and leading down to steep, green valleys. Beautiful scenery. Once at the border though, the road doubled.” –Travel Journal Entry, May 2014.

#5 Venturing off the beaten path is worth it.

While Montenegro and Bosnia don’t come close to hosting the number of tourists that Croatia and Greece see every year (in 2017 Croatia and Greece welcomed at least 20 times the number of foreign arrivals) they are beginning to come of age. We focused on the main centres of Mostar and Sarajevo in Bosnia and Budva in Montenegro but realized soon into our trip that we could have gone further afield.

One side trip we made sure we did in Montenegro was a visit to the mountaintop monument of Lovcen. The 360-degree panoramic views–out to Kotor on a clear day–are worth the effort and the cold wind. 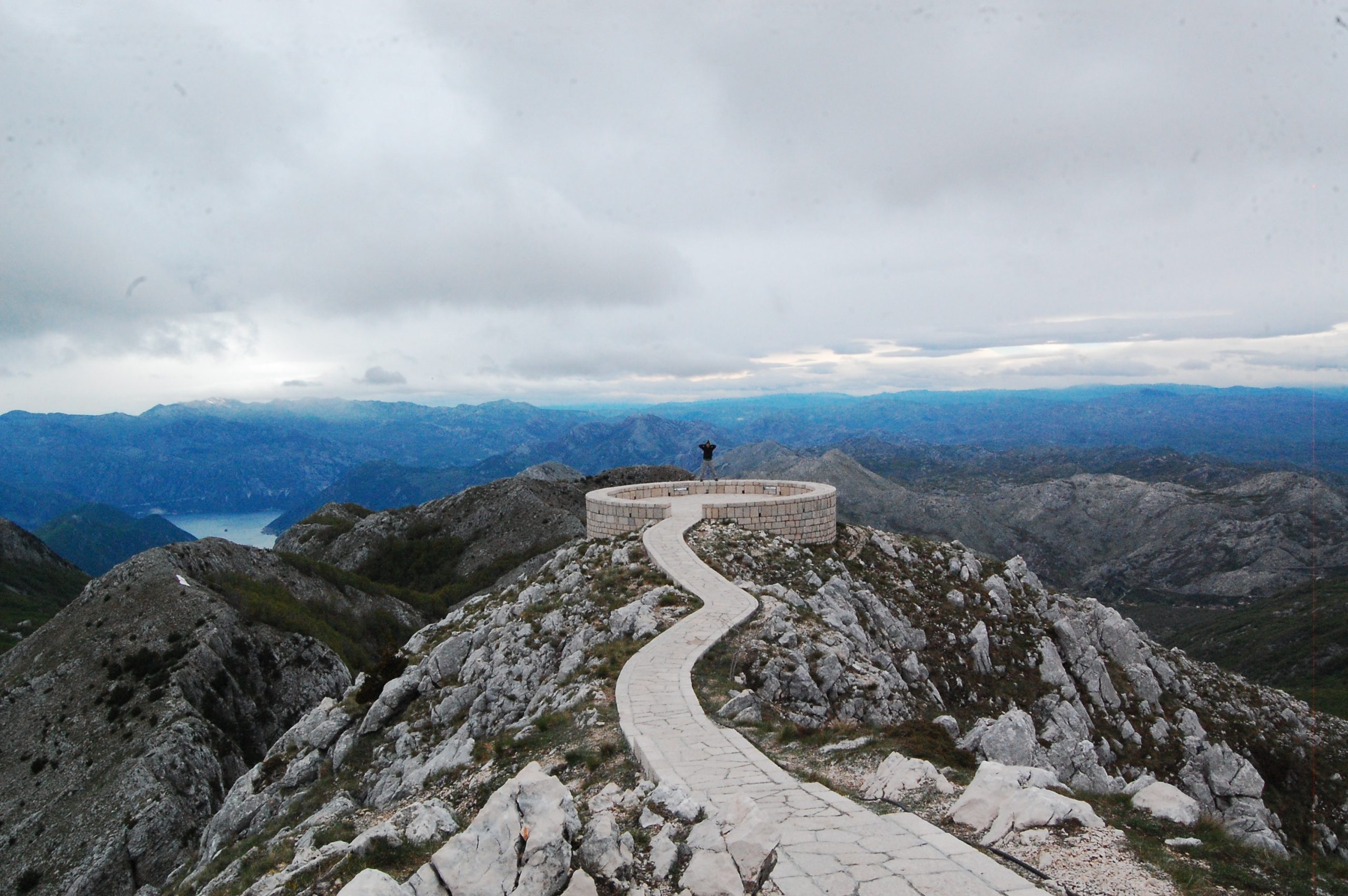 #6 The wars may be over, but the memories are still alive.

We weren’t sure what to expect as our bus rolled into Mostar, Bosnia from Dubrovnik, Croatia. All the images we had in mind of Bosnia was from news broadcasts of the Yugoslav wars of the 1990s: tanks rolling down streets, snipers standing watch on rooftops, and machine gun fire.

Those visions were quickly replaced with a country optimistically plodding its way forward. And yet, the remnants of war don’t disappear overnight, as visitors to Bosnia will learn first-hand.

Though the wars are over and have been for almost two decades, the remnants of the conflict are still very visible. You’ll be hard pressed to find a building in Sarajevo or Mostar that was spared machine gun fire. Most buildings are still pock marked with bullet holes. A day trip to the Sarajevo Bobsled track which was used during the 1984 Winter Olympics is another example. Though restoration has begun, war wounds are still visible, including defensive fighting holes. 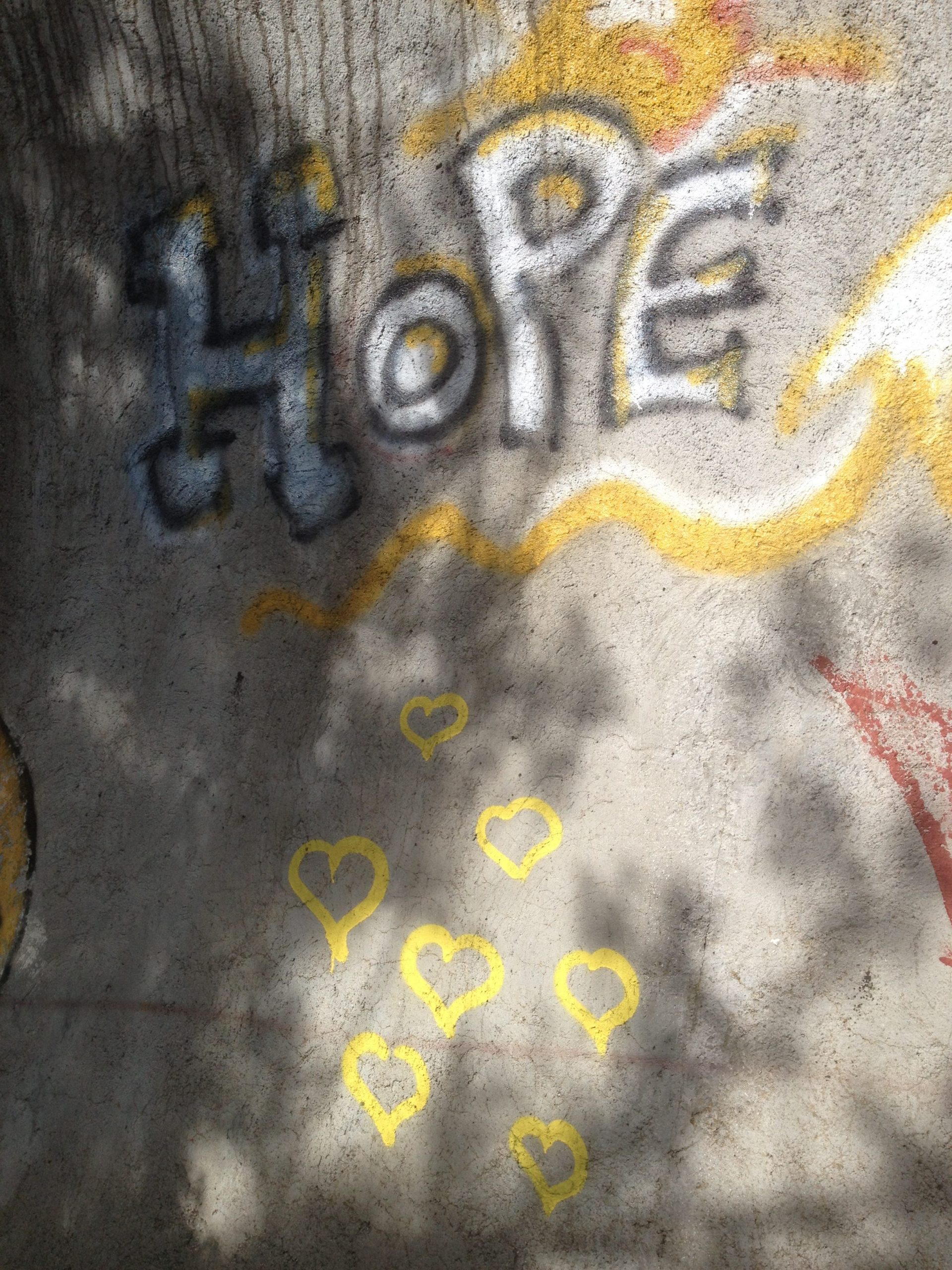 Be prepared for this reality, as it can come as a shock, and be ready to talk with kids who may have lots of questions.

#7 You’ll find sites of cultural and historic importance that you may have forgotten about.

Montenegro and Bosnia y Herzegovina are brimming with the important stories of history. Like St. John’s fortress perched high above the Bay of Kotor in Montenegro which offers stunning views of the bay and coastline and reminds visitors of the conflicts of the Middle Ages.

Or Stari Most, the 16th Century Ottoman bridge that stretches across the Neretva river connecting two areas of Mostar, Bosnia. The bridge offers a snapshot of ancient history colliding with the 20th century. It was destroyed during the wars of the Bosnian War but has since been rebuilt and is recognized as a UNESCO Heritage Site. If you spend an afternoon at the river’s edge, you may have the pleasure of seeing young thrill seekers diving off the bridge into the waters far below.

In Sarajevo, you can visit the street corner where Franz Ferdinand and his wife, Sofia, were assassinated in their car, thus sparking the First World War.

Travelling through Montenegro and Bosnia y Herzegovina makes you feel like you’re at the crossroads of history. We loved learning about modern history and taking it in with new eyes. You might be surprised when you want to stay a bit longer! 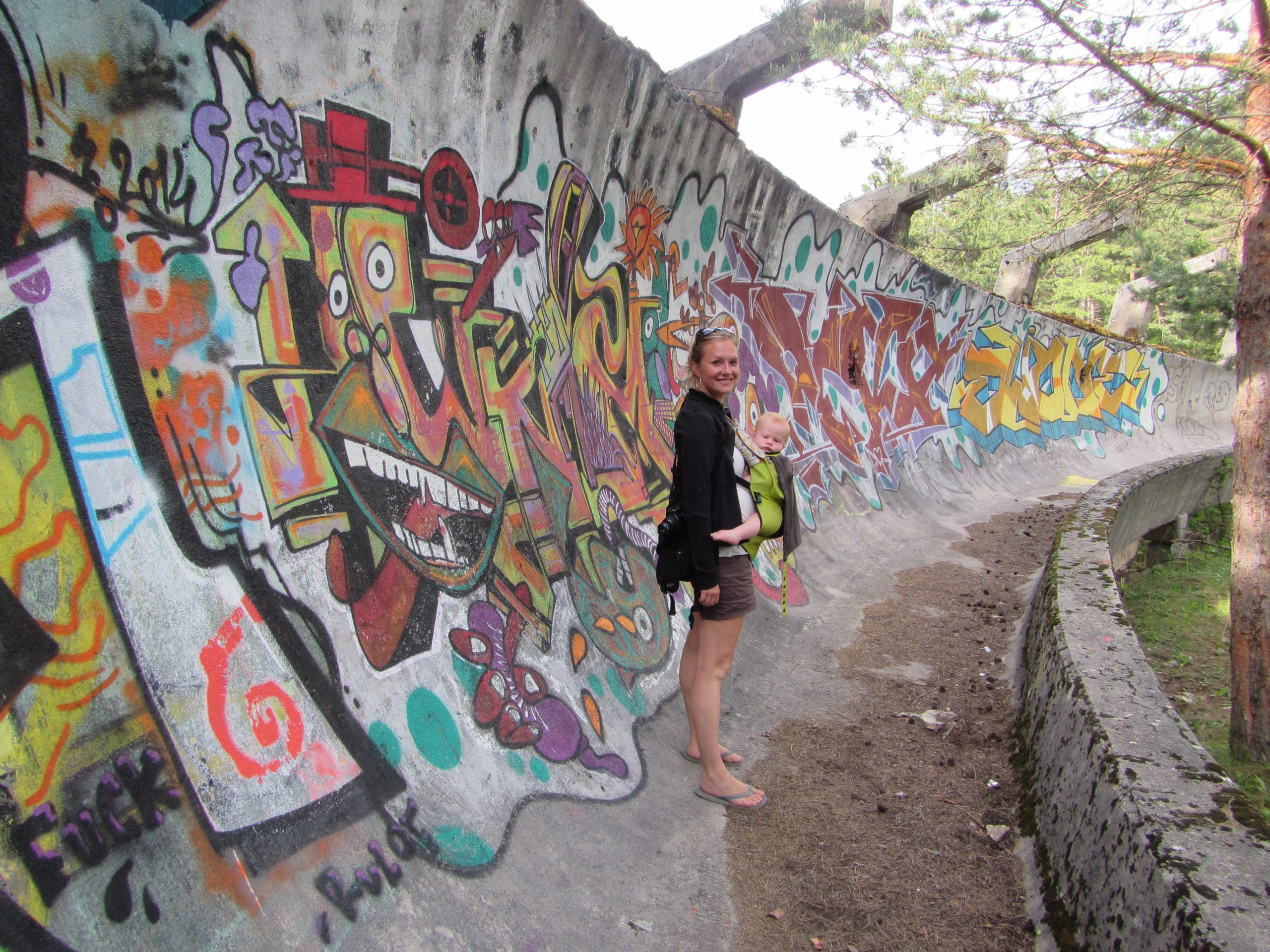 Amie Gosselin loves adventure, exploring and travelling the world, especially with her husband and three daughters, and inviting others along for the ride. She blogs about family travel and adventure at www.steveamie.com.