peru > Anti-Racism and Travel Series (Part 2): Your Kids and Anti-Racism

Anti-Racism and Travel Series (Part 2): Your Kids and Anti-Racism

As the Black Lives Matter uprisings spread around the world in late May/early June, something that has become clear to more and more parents (particularly white parents) is the necessity to bring up anti-racist kids. But we’re also learning that it doesn’t just happen by teaching them to be “nice,” it must be done explicitly and consistently.

Over the last few weeks, we at Bébé Voyage have been diving into this topic in depth. Bébé Voyage’s purpose is to empower parents to raise children to be curious, open-minded, and global citizens and to encourage parents to bring up lifelong explorers by exposing them to new cultures and experiences to build a better, more peaceful world for all. We’ve realized that this goal cannot be fully realized without bringing that anti-racist lens to our parenting via our travels.

We are learning and working through these as a community along with all of you. And one area that we see as essential to transforming our approach. We are doing this by investigating the colorblind lens through which many of us were raised and often approach our current travels. It also requires open discussions.

To kick off this topic, we felt it was important to address this colorblind approach to race so that we can move beyond that lens as we raise our children. 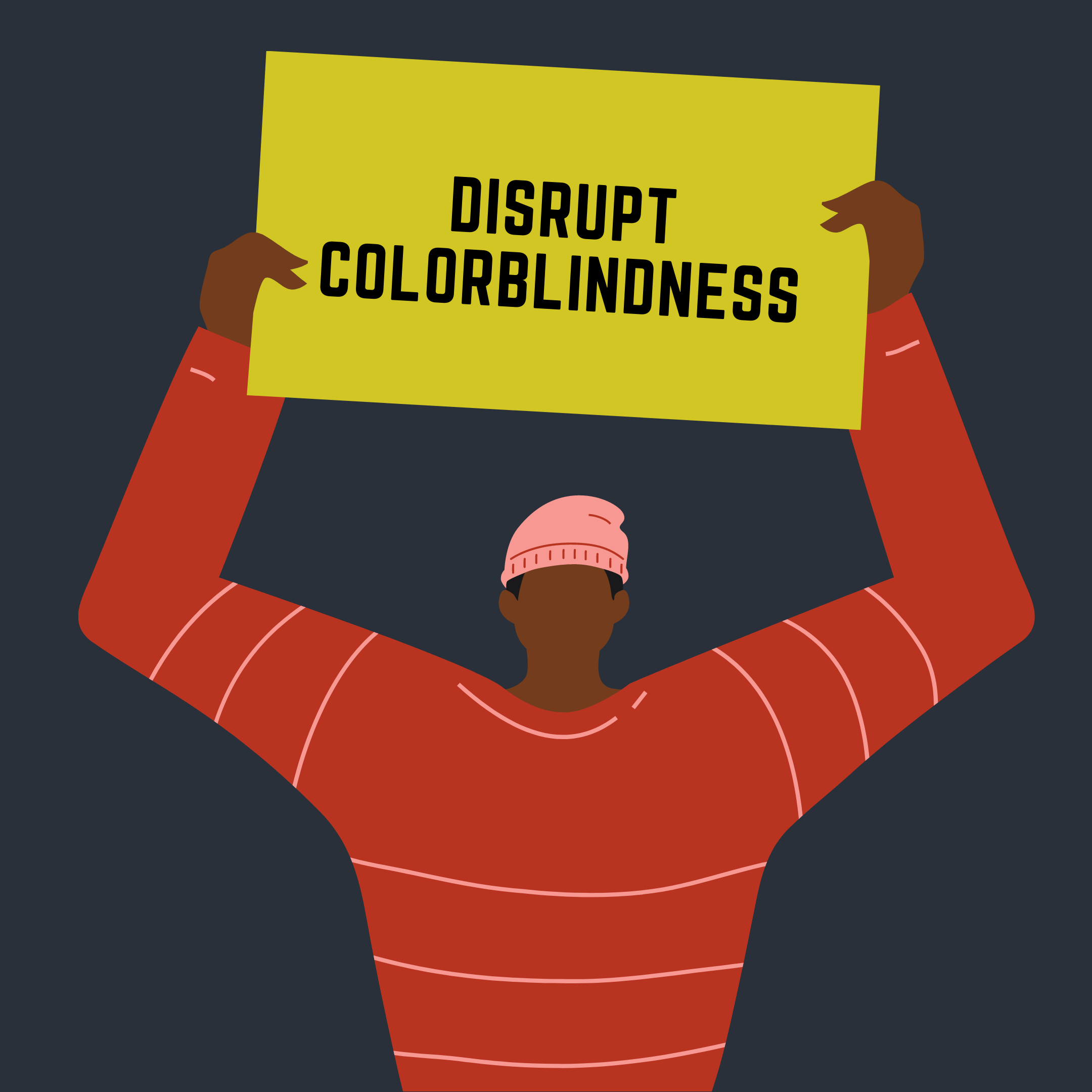 Dr. Beverly Daniel Tatum, psychologist, educator, race relations expert, and author of Why Are All the Black Black Kids Sitting Together in the Cafeteria? describes systemic racism as “smog.” “People who aren’t aware of it can unwittingly perpetuate a cycle of oppression. If you breathe that smog too long, you internalize these messages,” she said in this Educational Leadership interview from 1997. “We can’t really interrupt that process until it becomes visible to us. That’s the first step—making the process visible. And once it is visible, we can start to strategize about how we’re going to interrupt it.” (We also recommend Tatum’s TED Talk, Is My Skin Brown Because I Drank Chocolate Milk?)

To interrupt it is to notice it yourself, which is a challenge when we’ve mostly been brought up with the colorblind approach to equality (you can read more about that in Part 1). But it takes a conscious and open effort to have these discussions with our kids so they can see how their Black and Brown peers might be treated differently from them.

“We all white Americans have to teach our white kids how to identify with that experience and how to be good friends to black and brown youth as they grow up,” says Jennifer Harvey, author of Raising White Kids: Bringing Up Children In A Racially Unjust America in this May interview with NPR, referencing Tatum’s “smog” analogy. “And that requires us teaching about—them about racism. And it requires us teaching them and modeling anti-racism, which is something a lot of white Americans really struggle with, even when we think we want to.”

Harvey highlights that the work of anti-racist parenting isn’t straightforward or easy, but the challenges are worth it. This moment of awareness provides us with a wonderful opportunity to raise an entire generation of anti-racists.

Here are some resources and tips we’ve gathered from experts like Tatum and Harvey to get you started on this antiracist journey with your kids.

Step One: Do the Work for Yourself 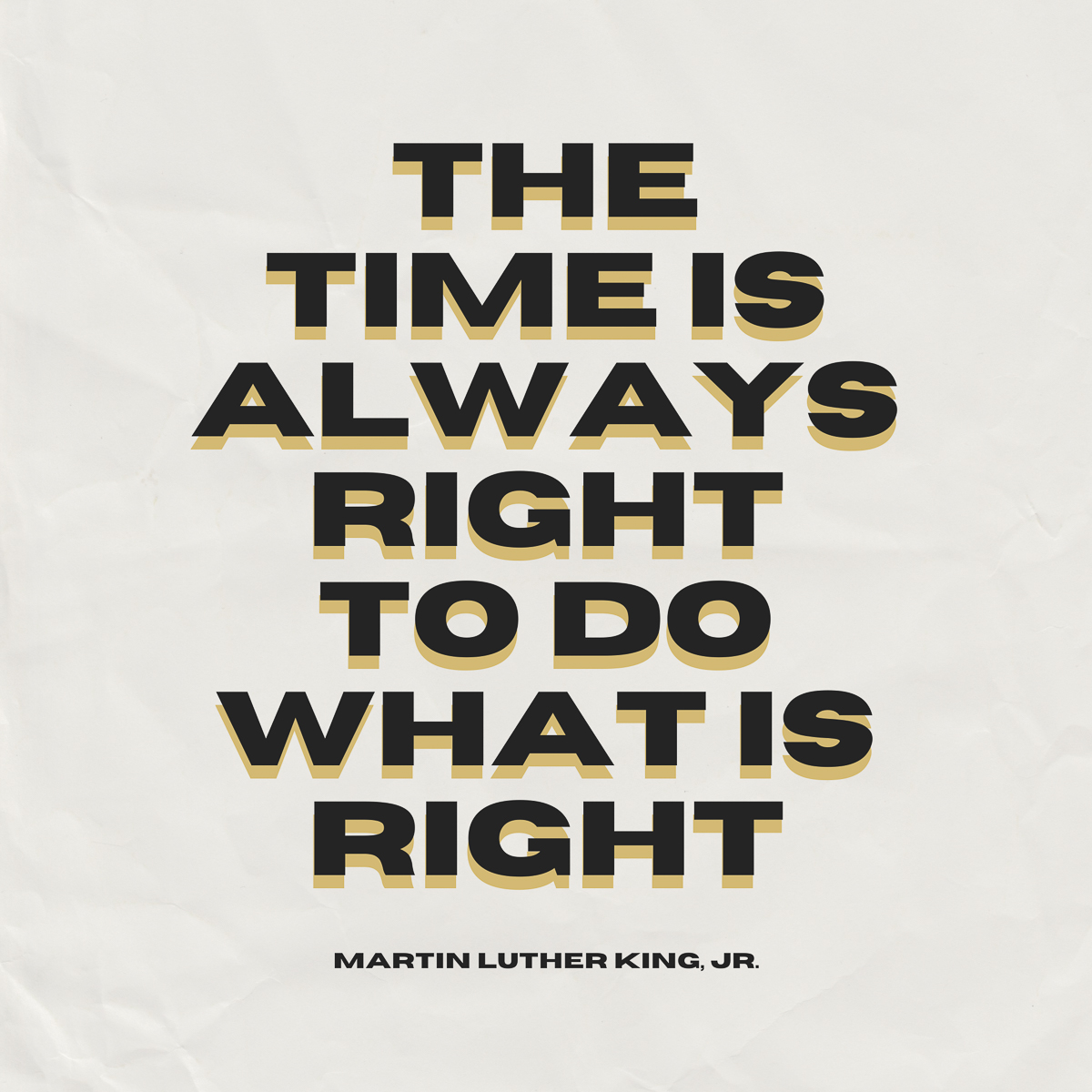 To go back to Dr. Jennifer Harvey’s quote above about how we must notice the racist structures that we are helping to uphold before we can effectively engage our community and our kids in anti-racism.

While talking about race is important to do with your kids, your actions are likely more important. This EmbraceRace episode of Talking Race & Kids addresses this in a discussion with researchers Maggie Haberman (author of  White Kids: Growing Up with Privilege in a Racially Divided America) and Erin Winkler (Learning Race, Learning Place: Shaping Racial Identities and Ideas in African American Childhoods).

“In my research on affluent white families, I find that behaviors like how to respond when grandpa says something racist at Thanksgiving,” says Haberman. “How parents choose to respond to that is a way in which they’re modeling behavior to their kids. That action is really powerful—what they do or what they don’t do. And even silence can be a form of modeling.”

But they also note that the modeling goes beyond saying something about a racist comment, they also notice the contradictions. “For example,” Haberman says, “when white parents are consistently hoarding opportunities for their own children through the choices that they make about for example schools, and they fail to see that this is connected in some way to racial power.”

That is to say, we need to practice what we preach. And we need to be incredibly self-reflective in that process to be careful not to contradict ourselves. Check out Part 1 of this series for resources on how you can start doing the work yourselves.

Now that you’ve started the work on your own, a great place to start is your kids’ bookshelves, toy bins, and media.

“You may have seen the phrase ‘decolonize your bookshelf’ floating around,” wrote Juan Vidal in this June NPR article. “In essence, it is about actively resisting and casting aside the colonialist ideas of narrative, storytelling, and literature that have pervaded the American psyche for so long.”

This concept suggests that you not only bring in diverse books into your kids’ world but also to investigate the books that were already there. Whether they were all—or mostly—written by white authors and what that means for the lens through which your kids are being introduced to stories.

There have been a wealth of resources circulating around diverse books, but here are some starting points for resources:

Another way to bring diversity to your child’s world is through toys. This includes board games, action figures, and coloring sets. Here are some resources to give you some ideas on how to diversify the toy bin:

A common trope in mainstream shows is that the character of color is usually the sidekick. But so many amazing shows and movies that center Black and POC main characters are available to you and your kids. A couple of BBV, editorial assistant, Brinda Shah’s favorites are Never Have I Ever (for older kids) and Sanjay’s Super Team (for younger kids). Here are a few lists to add some more great shows to your kids’ queue: 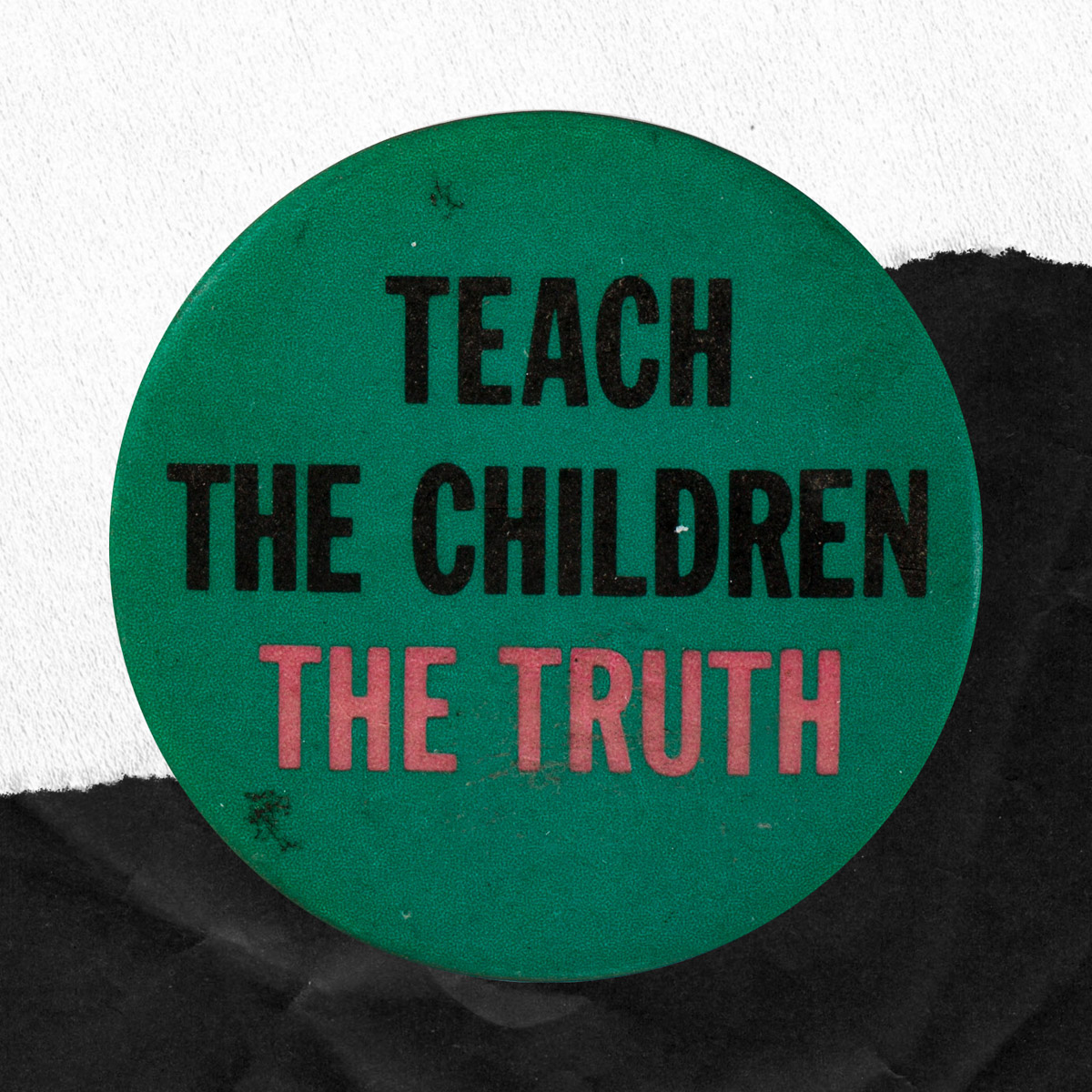 Research has shown us that children as young as two-years-old categorize people by race, and kids between three and five already have developed racial biases. Without talking openly about race, your kids could make their assumptions based on what they see in the world, a world that, as so many of us are seeing more clearly, is built on racist structures.

One way the experts say to help guide your kids with an anti-racist lens is to talk openly about race. This can be really difficult for white parents, in particular. Those of us who were raised with the colorblind approach to race were taught not to talk about it, and our instinct is often to silence our kids when they talk about it, especially in public.

“Children who have been silenced often enough learn not to talk about race publicly,” Dr. Beverly Tatum writes. “Their questions don’t go away, they just go unasked. They don’t become color-blind, they just learn to be color-silent.” She further states that by becoming color-silent your kids are “at risk of having the vacuum of parental silence filled by the racial stereotypes that pervade our culture.”

Because so many of us (speaking largely about white folks, that is) weren’t raised to talk about race, it’s inevitably going to be awkward. It’s not the same as talking about it with our peers. Luckily there are so many great resources that give guidance and reinforcement. But a couple of important points we’ve learned from our research on talking to kids about race is that it’s never too early to start and it’s okay to mess up.

On a personal note, discussing race with my three-year-old (whose hyper-awareness and skills of observation about the world far exceeds mine), I’m also honing my perceptions of race and racial structures in our world through the discussions with him.

Here are some podcasts and radio interviews that address the topic and encourage you to get started:

As you begin these discussions with your kids based on the advice above, these resources can be useful to continue the work of having frank and open conversations about race:

Step Four: Be an Advocate for Anti-Racism Education at Your Kid’s School

As you get farther into your work, you’ll be more adept at seeing where racist structures are being upheld in the classroom and in schools. Here are some ways we can bring an antiracist lens to your kid’s school:

While the recommendations will help us become more aware of what is going on in our schools, it will also help to gain a stronger foundation in anti-bias anti-racism (ABAR) pedagogy and practices. Or find out from the experts on ways parents can get involved in advocating for anti-racism in your kids’ school.

But, like anything, learn from the experts about anti-racism pedagogy. Here are some excellent resources and educators to follow and learn from. 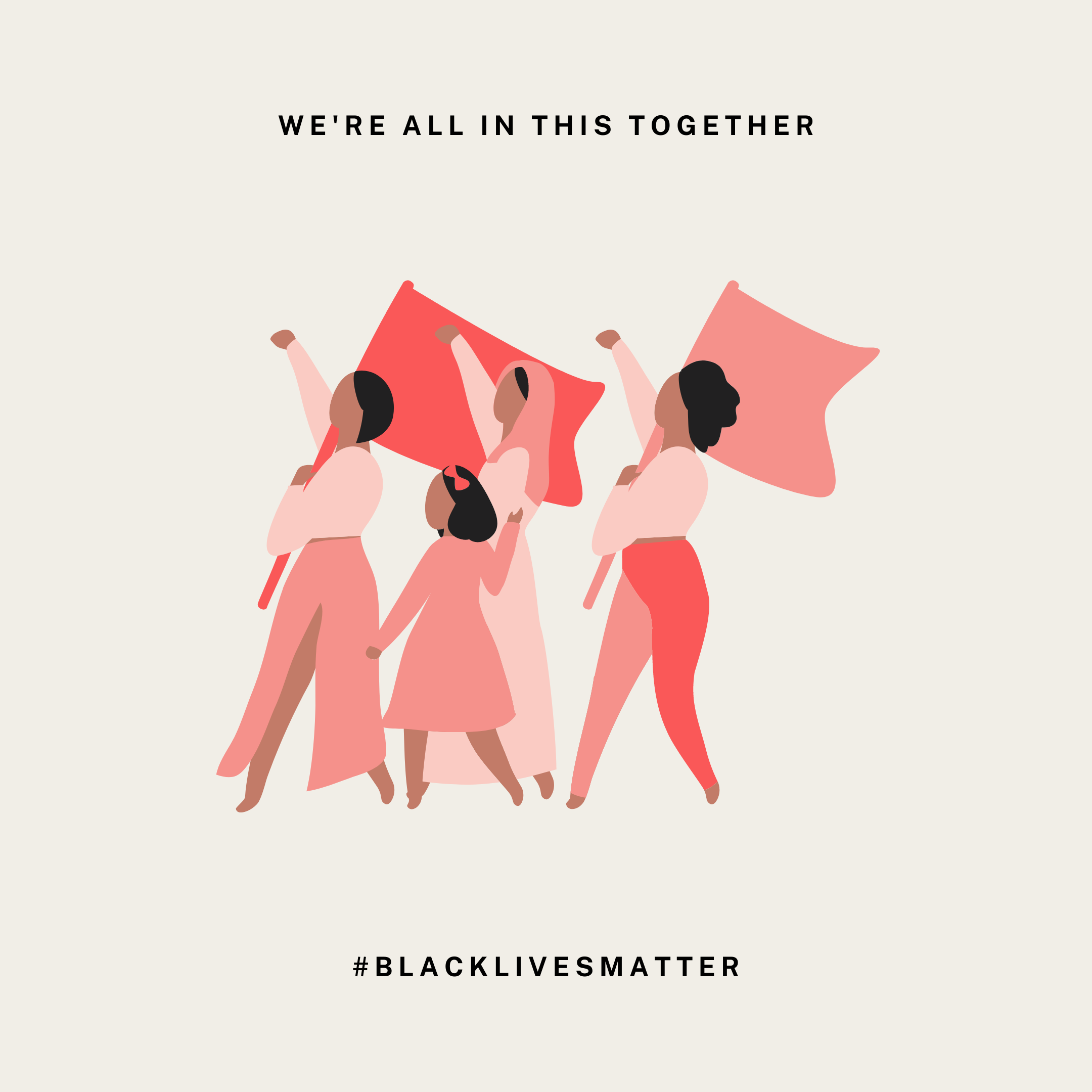 This reminder may sound familiar if you read Part 1. But it’s worth emphasizing. We are in this for the long haul. And it’s going to feel overwhelming at times. Even putting this list of resources and tips from experts together makes it seem like an impossible task to do it all.

I’ll leave you with the words by Elizabeth Kleinrock from her Teaching Tolerance article. While she’s writing from the perspective of the teacher, you can easily transfer this concept over to your own parenting.

“The truth of the matter is, when you commit yourself to ABAR, you’re in it for the long uphill battle,” she writes. “Prioritizing ABAR is not comfortable. Mistakes will be made. Parents [or teachers or school administrators] and caregivers may complain. Some staff members may leave. It is unrealistic to expect that your school [or family] will get it right at the first try. At the end of the day, it is our job to center our students [/kids], and that means improving ourselves to set the example for the world they will inherit.”

Both Brinda Shah and Ratha Kelly were instrumental in helping to develop this resource list. They brought insight, wisdom, and many resources.

All Posts »
Become a member
PrevPreviousHow To Pack Your Car And Prepare For A Day Trip This Summer With Kids
NextLost In Translation: Common Phrases From Around The WorldNext