Anzac Day Biscuits From Australia: Delicious Recipes From Around The World!

Australia is an island country in the southern hemisphere and it is surrounded by the Pacific and the Indian Ocean. Did you know that the coat of arms of Australia is an emu on one side and a kangaroo on the other. This is because neither animal can walk backward – symbolizing commitment, courage, and not backing down. Australia has more than 10,000 beaches overall, meaning that it would take more than 27 years to visit a new one every day. The country is also the home of the oldest culture in the world, Australian Aboriginals have inhabited the continent for more than 50,000 years.

ANZAC Day is an annual holiday in Australia to honor and remember those who have died in battle and returned servicemen and women from both Australia and New Zealand. It was originally conceived to recognize those soldiers killed during the Battle of Gallipoli in Turkey during WWII. Across the country, towns and cities host parades, the participants ranging in age from toddlers to great grandparents. Both serving and retired members of the armed forces march and often descendants wearing the medals of their grandparents will march too. It has become both a day of somber reflection and also one to gather with your mates in Australian spirit and enjoy a drink, a game of two-up, and share stories. ANZAC biscuits were born out of a desire to send food to the frontlines. The lack of available ingredients due to wartime and also finding ingredients that would last the journey proved to be the inspiration for coming up with a biscuit that met both those criteria. They can be enjoyed year-round, but have special significance on April 25th.

NOTE: Golden syrup can be hard to find, so honey is a good substitute.

The simple nature of this recipe allows children of all ages to help in every step. 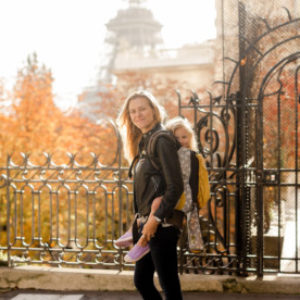