To Boston by Bus // Green Mama On The Go

This post is part of the Green Mama On The Go Series about taking actions to make travel more environmentally friendly.

It was an early morning in June, and my daughter and my husband were watching cranes and helicopters from New York City’s Highline Park. Improvised elevators rose up the sides of half constructed skyscrapers, cranes hoisted bundles of steel rebar, and an American flag waved from the top of a building. 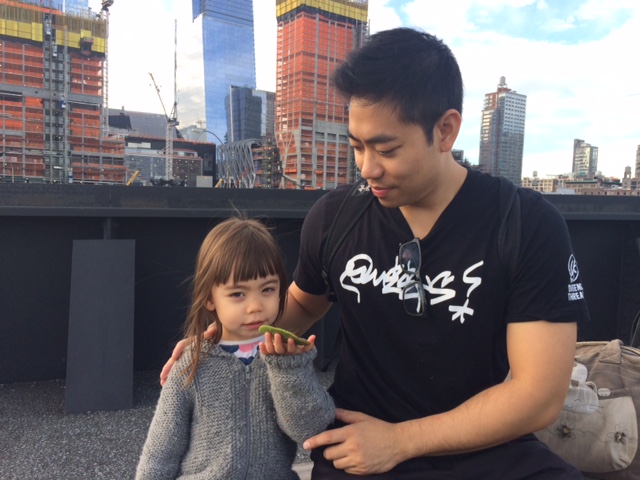 We were waiting for the Bolt Bus to Boston, eating green pancakes for breakfast, and watching this far West Side neighborhood transform itself before our eyes. I had worried about this part of the trip – five years ago, 11th Avenue and 34th Street was an urban wasteland – but now there were new parks, enough transportation and construction activity to fill a Richard Scary book, and plenty of entertainment for my baby and three year old.
I had decided to take the bus from Boston after realizing that Amtrak tickets for three people would cost $600. Bolt Bus was a quarter of the price, which is how we found ourselves hanging at the Highline after our bus was delayed.
The Union of Concerned Scientists publishes a very useful guide for green traveling, and the inter city bus is apparently the unsung hero of greener traveling. It doesn’t matter if you are traveling solo or with a family, 100 miles or a 1000 miles, the bus is always best. So Boston by bus was perfect for a green mama on the go.
But what about the logistics? How did we do it with a baby and a preschooler? 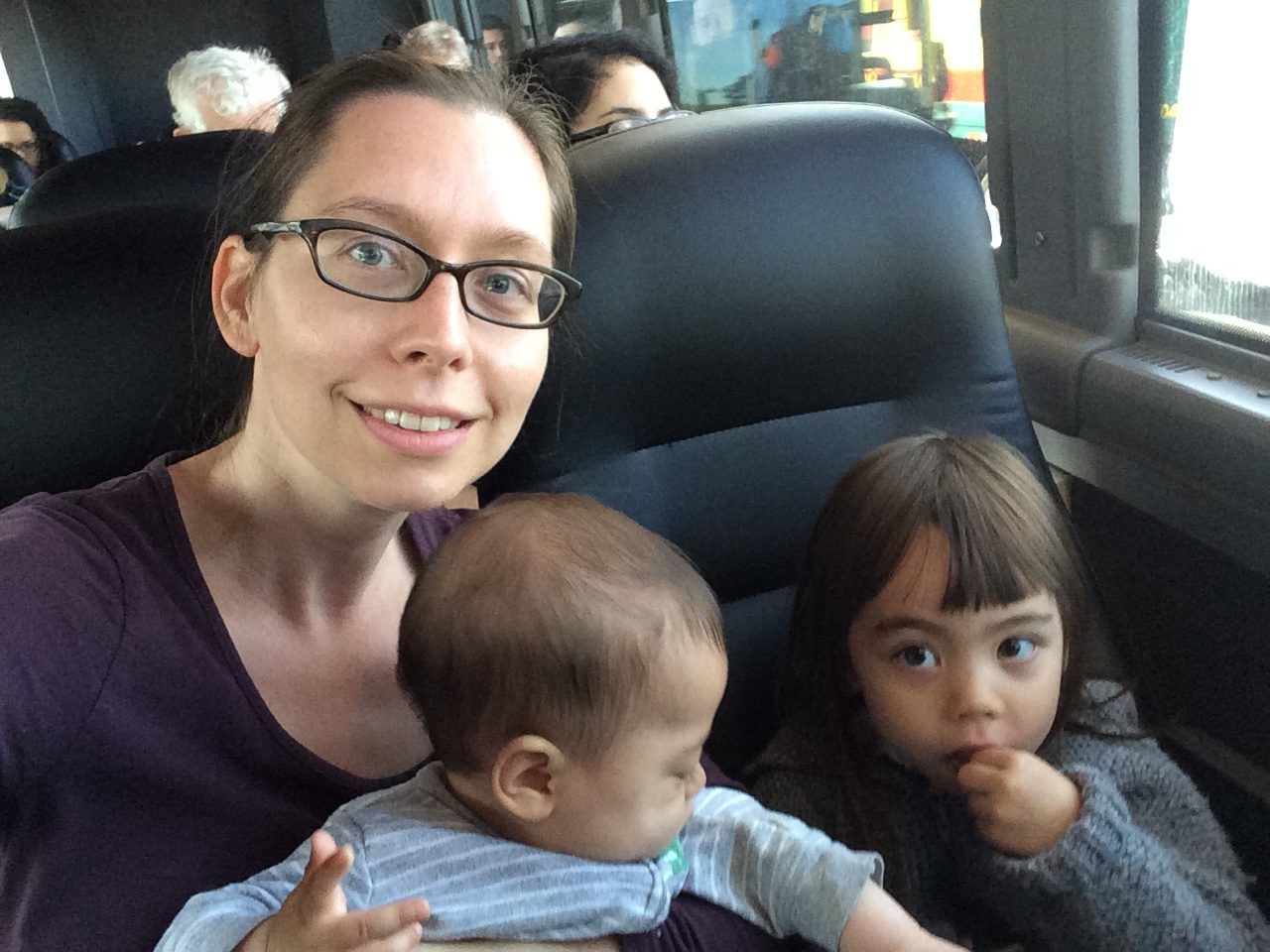 In New York, the Bolt Bus picks you up on the far west side. You can take the 7th Avenue Subway to 10th Ave and 33 Street, which is a short walk from the Bolt Bus stop. Our preschooler walked and I carried the baby in the Ergo.
An umbrella stroller would be a good option for the walk over. You can take a stroller or car seat on the bus and stow it in the luggage compartment. It’s also an option to bring a carseat on the bus if you buy a seat for the baby, but our bus didn’t have seatbelts, so it may not always work. I felt comfortable holding the baby so I could nurse easily. Lap infants are free just like on the plane.
In New York, you wait outside for the Bolt Bus (Greyhound leaves from New York’s Port Authority, so you wait inside at the station). I packed an umbrella in case of rain (you could also use one for shade) and picked an early morning departure so the sun wouldn’t be too strong. There were a lot of food trucks nearby, and I packed snacks and water. I also made sure my preschooler used the bathroom before we left the house!
The northern end of the Highline is just around the corner from the Bolt Bus stop, so we spent some time exploring before heading back to the bus stop. At the bus stop, my preschooler and I did “bus stop yoga” to get some energy out. She pretended to be a seed growing into a flower, a flamingo standing on one leg and flapping her wings, etc. We also sang a lot of songs to keep the baby entertained.
When the bus pulled up, we stowed our luggage and climbed on with our diaper bag, snacks and entertainment. I don’t use screens when we travel, so I came prepared with a new can of playdough, sketchbook and markers, a few small toys for the baby, and plenty of books. Playdough is great because it’s surprisingly unmessy, it’s compact, and it keeps my preschooler entertained for long stretches.
Inside the bus, it’s a lot like economy class on the plane, but with a little more legroom and much bigger windows. Ava and I admired all the fancy prewar buildings, street murals and rose bushes as we drove north through Manhattan, made guesses about what route the driver would choose and what bridge we would drive over, looked for roadside signs, and called out the colors of all the trucks and cars we saw out the window.
Once we were out in the country, we guessed the number of trees in the woods we passed by, ate snacks, drew lots of pictures, and read a few books. The baby nursed, napped and watched his big sister. Eventually, both kids drifted off to sleep. 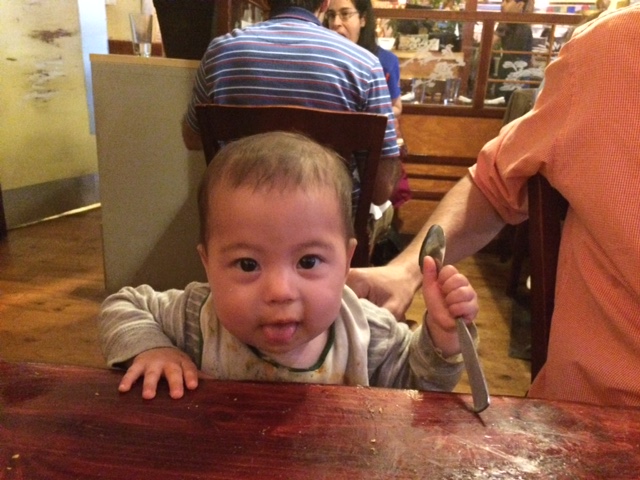 We had a 15 minute rest stop at a Burger King, where we used the bathroom and got some more water. There’s also a bathroom on the bus, which is pretty similar to a plane bathroom – small, but at least it’s there in an emergency!
The ride took about five hours, and the kids were mostly pretty good. The baby got fussy at one point, and then he passed out for the rest of the trip. One of our fellow passengers told me the kids were very well behaved, so I am counting it as a success.
In Boston, the bus and train station are combined, so you wait inside at the station. So, just like taking the train, but much cheaper and greener too. 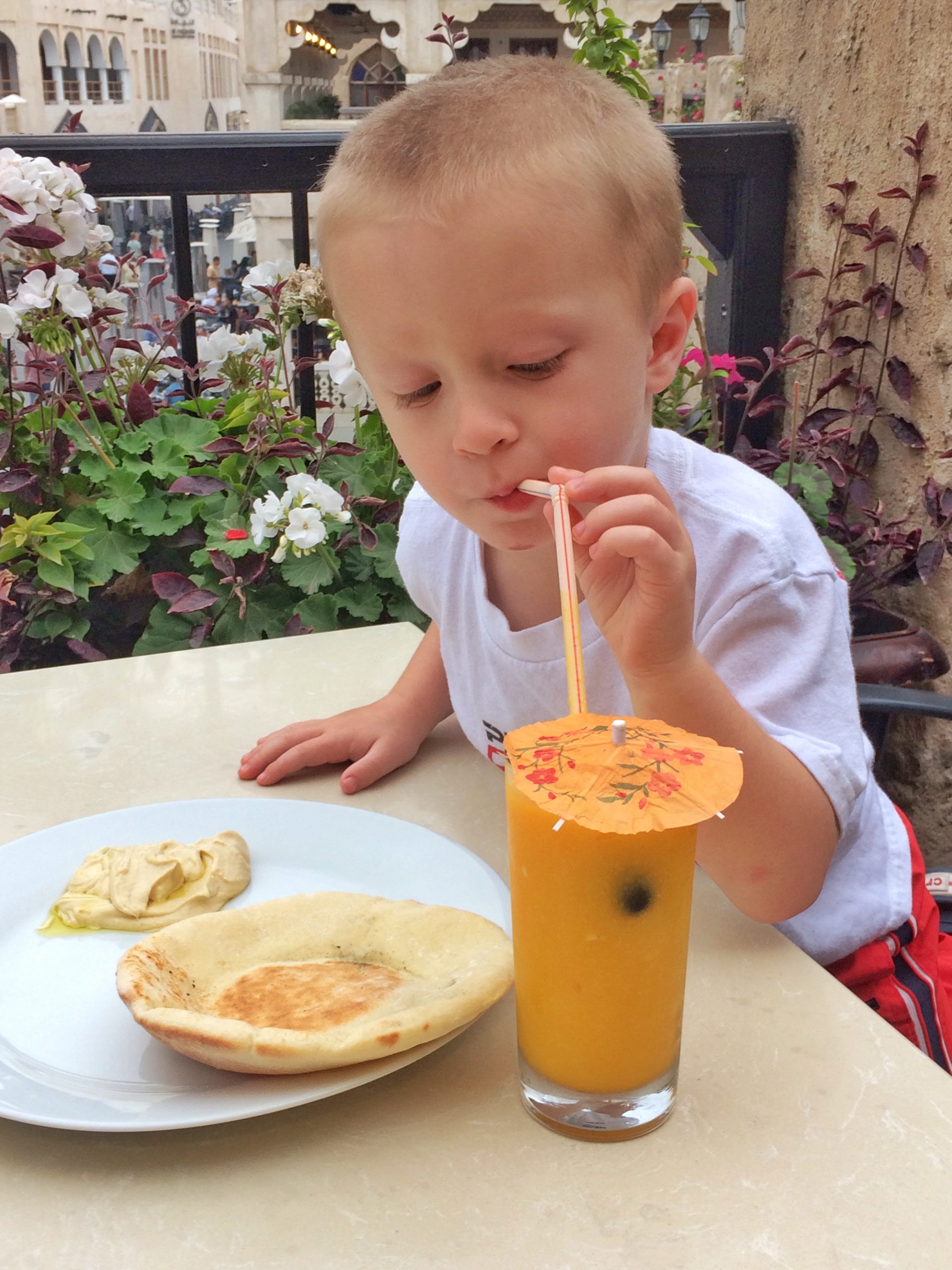 If you are interested in traveling with your family and keeping your carbon footprint small, don’t be afraid to try the bus! It’s not so different from the plane once you’re on board, it’s very cheap, and there are lots of places you can go explore for the weekend.
And do check out the travel guide from the Union of Concerned Scientists. We owe it to our kids to travel with our planet in mind. 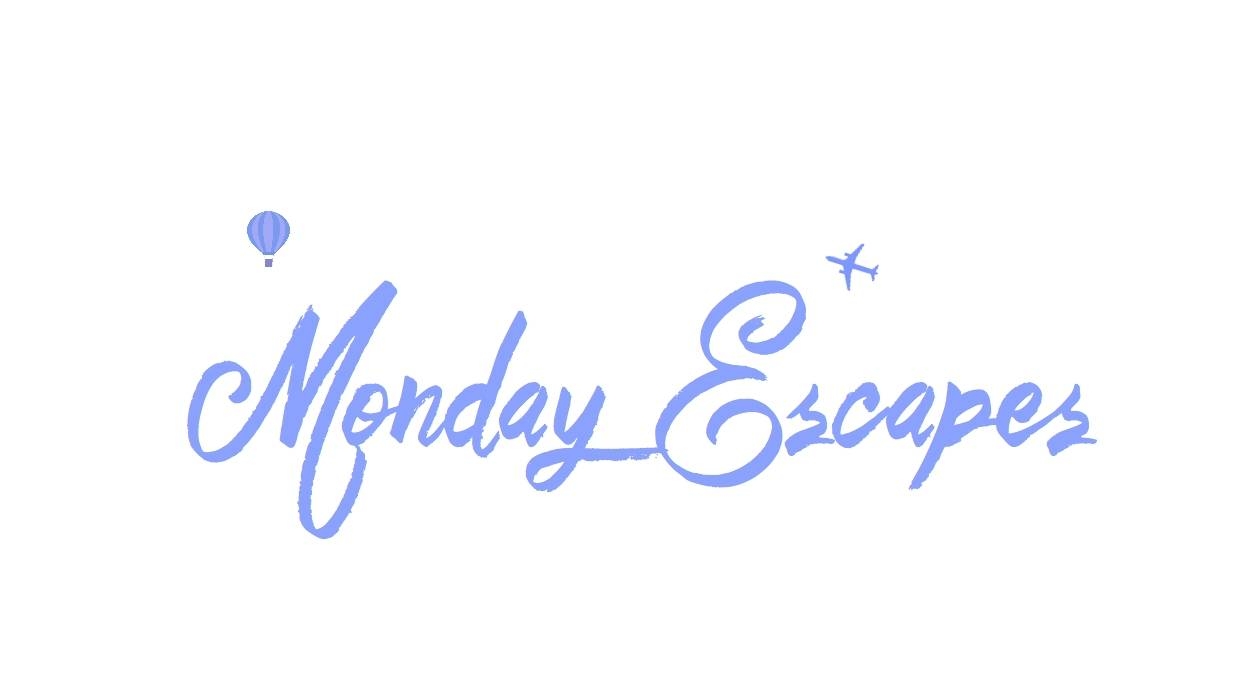 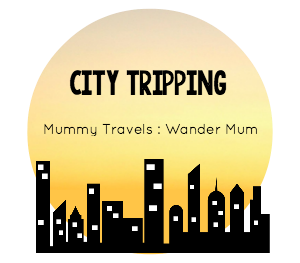