If you visit Europe in December, there is one thing that needs to be on your to-do list; you need to visit a Christmas Market!

The tradition of hosting Christmas Markets hails from the German speaking regions of Europe. It seems the first “December market” was recorded in Vienna Austria as far back as 1298 and the German market recorded is the ones in Munich which started up around 1310. If a tradition has been around for more than 700 years and has become a global phenomenon, you know that is special and it ought to be included on your bucket list. 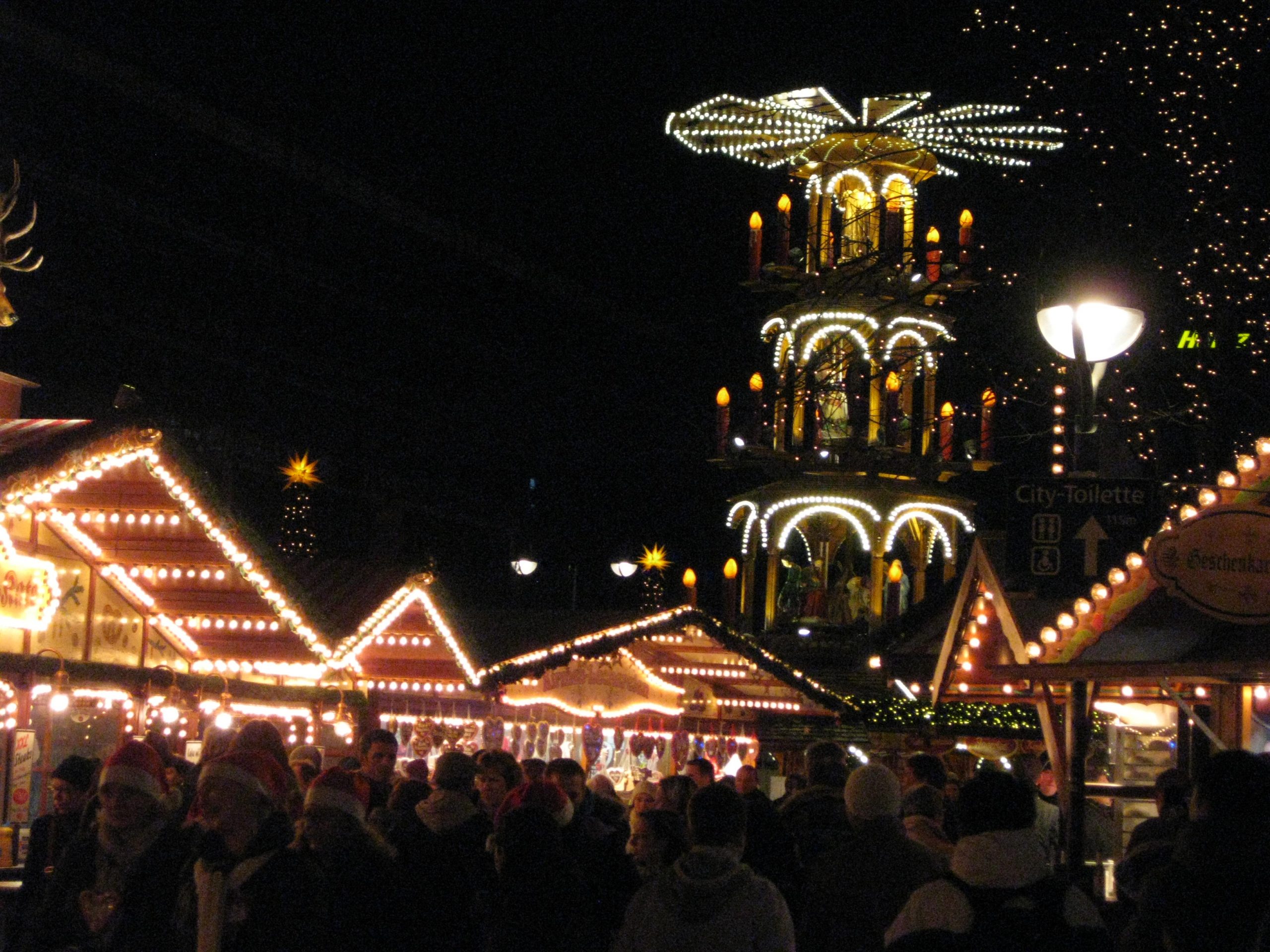 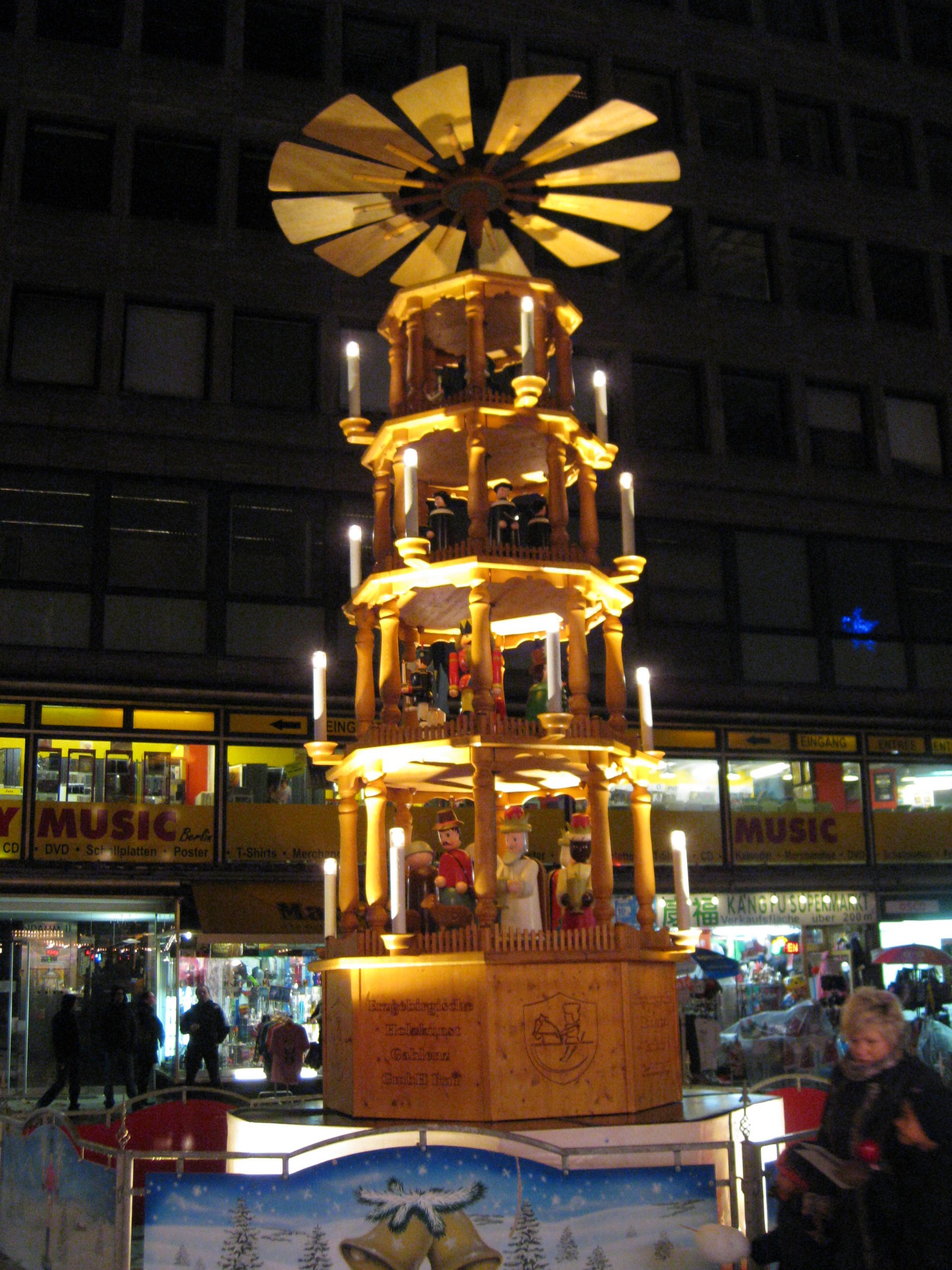 Christmas Markets are all about tradition, lightning up the dark cold winter months and getting together to celebrate the days leading up to Christmas. Most markets open up at the end of November and remain open until the end of December, most close on 24th December, as that is Christmas Day in Germany.

What makes Christmas Markets so special?

The markets sell traditional food and sweets, serve Glühwein (mulled wine), home made goods, ornaments, pottery, wooden goods, candles & co. So all the things that make the colder months more bearable, bringing light and festive decoration into your home. Most markets are held on town squares, in castle courtyards and close to churches and cathedrals, which are all decorated in a Christmas theme and offer a beautiful backdrop setting for the markets. Many markets also have ice skate rings and merry go rounds to keep the little ones entertained.

There is some nationwide traditional Christmas Market fare, which you will find on all markets and then of course all regions have their own specialities. In general the most thought after traditional food includes- crepes (thin pancakes), potato pancakes ( Kartoffelpuffer), gingerbread, Fruit bread (Weihnachtsstollen),fresh waffles, candid apples (Paradiesäpfel), sugared almonds (gebrannte Mandeln), roasted chestnuts (Kastanien) and of course Bratwurst. The traditional Christmas Market beverage is Glühwein (mulled wine), Glühwein is very nice not only to drink, but also to keep your hands warm and it simply smell like Christmas! 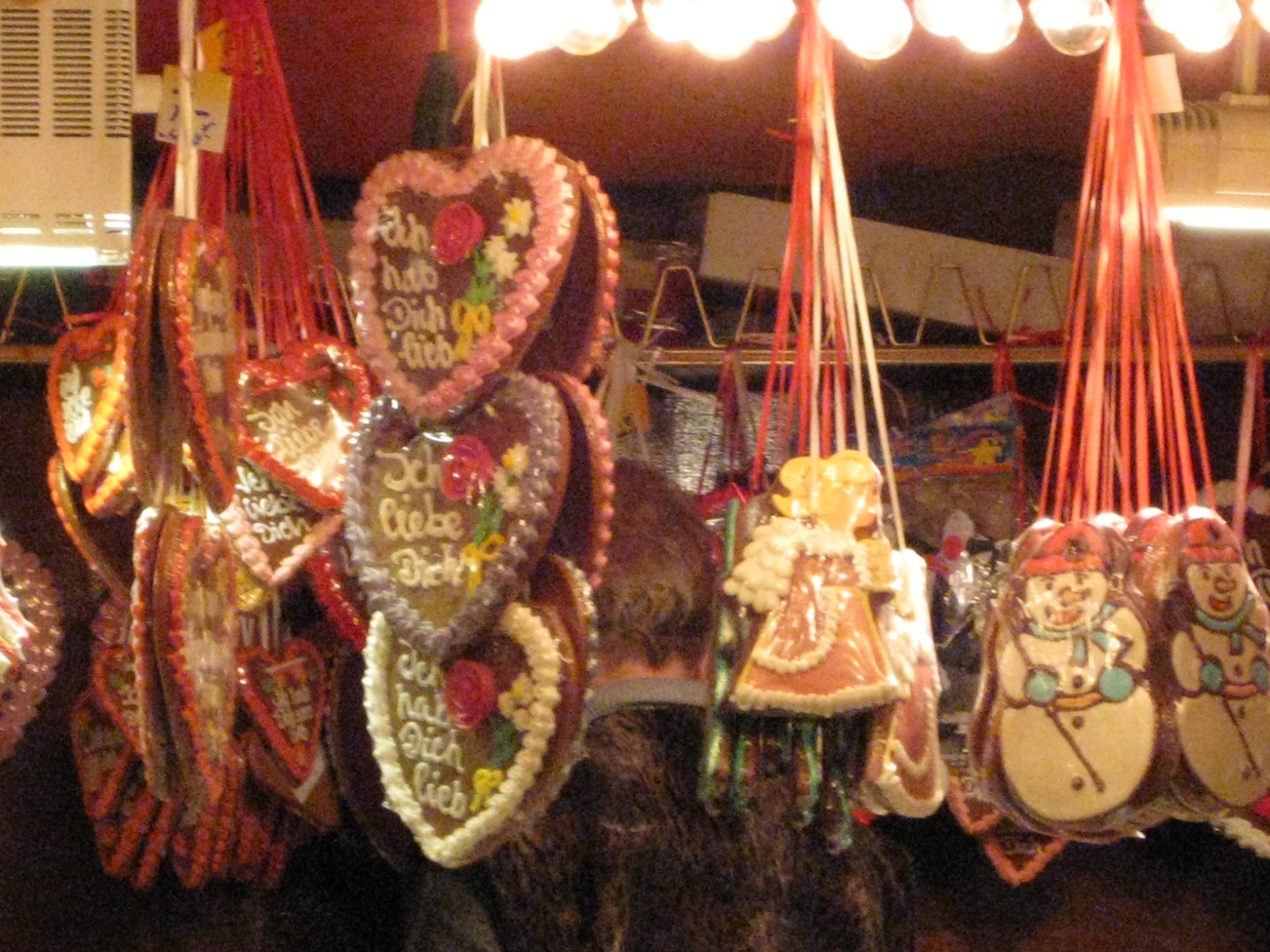 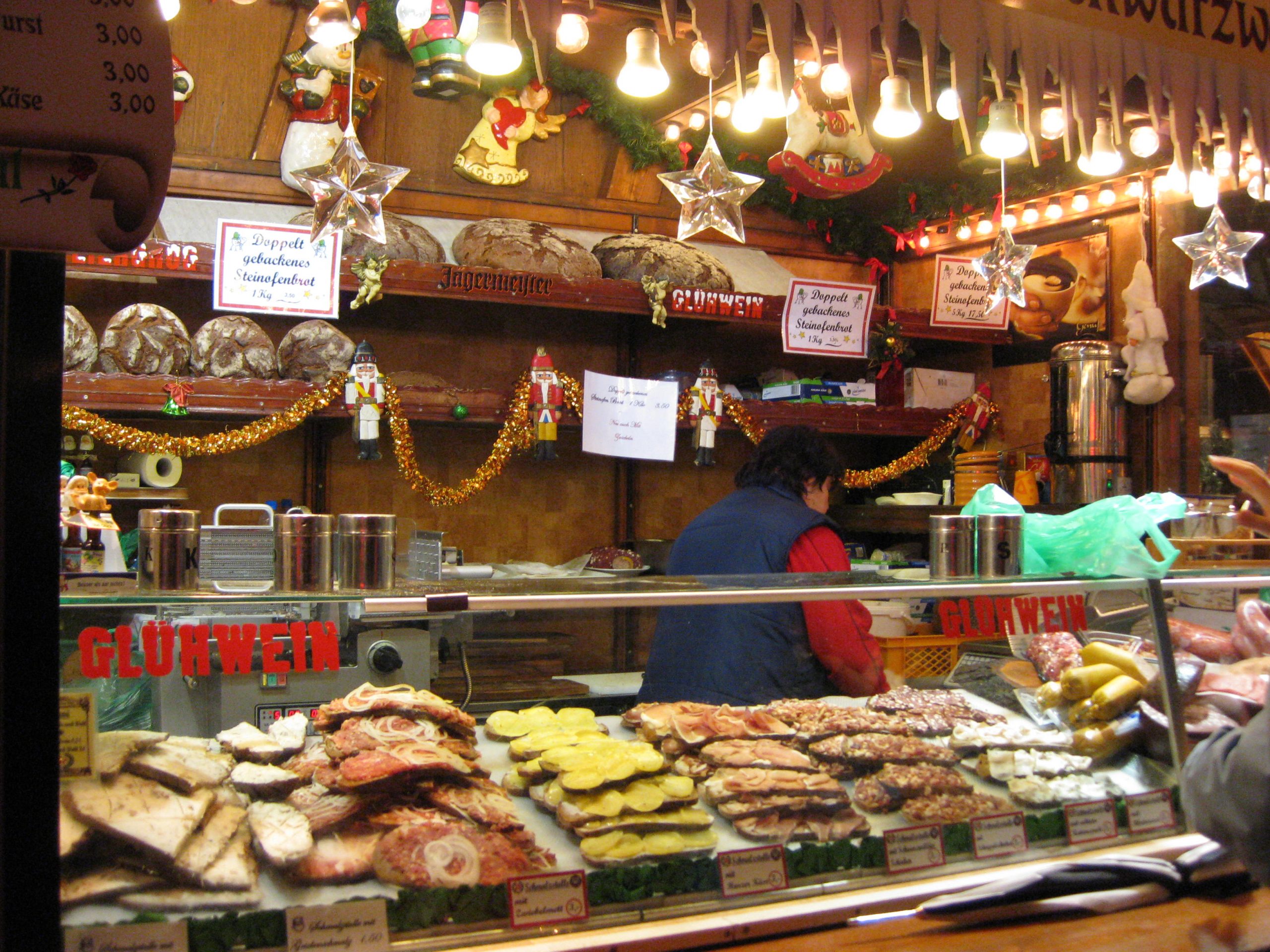 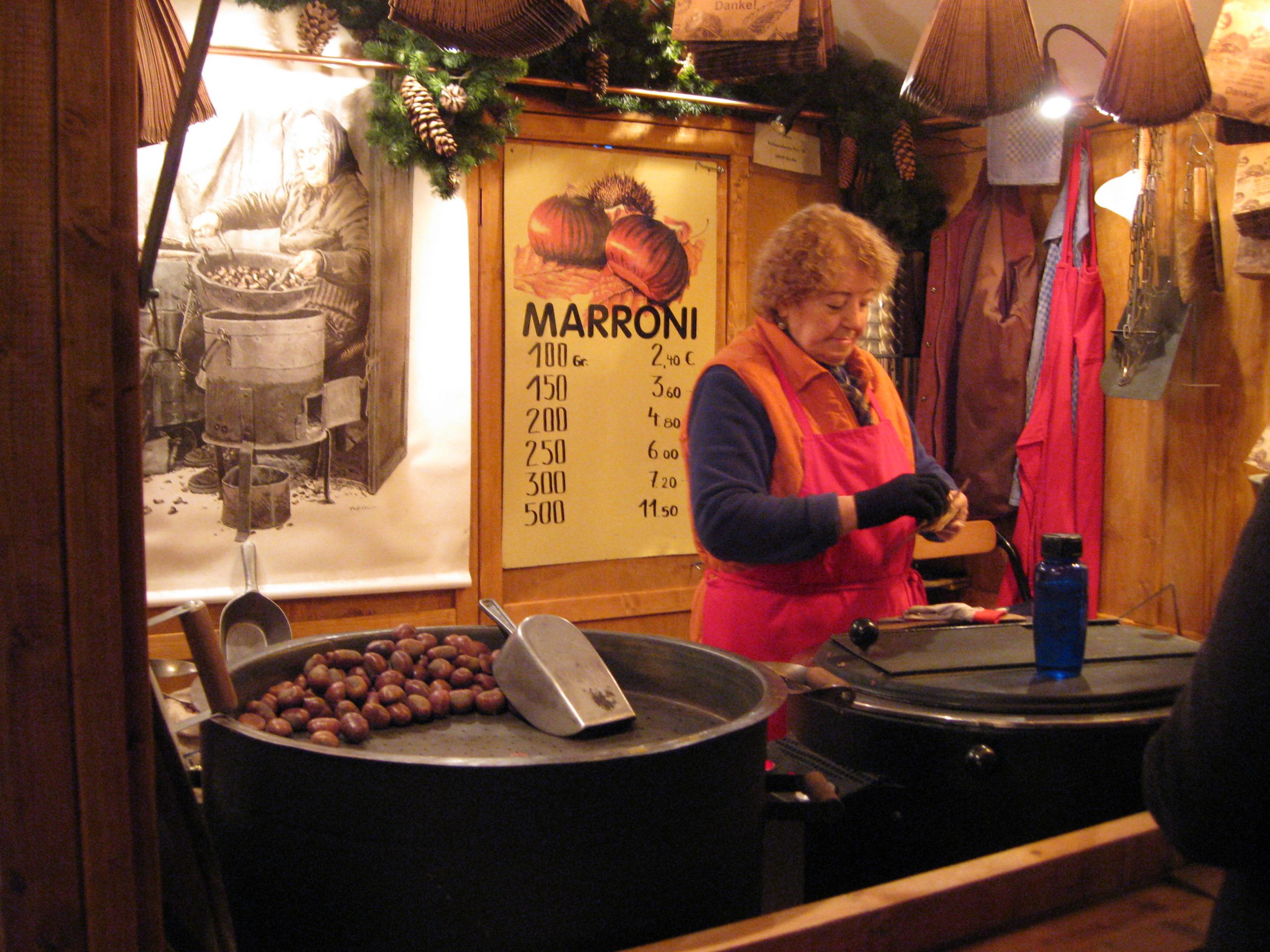 Due to Germany’s central location in Europe it is easy to combine a trip to the German Christmas market with plenty of other popular European location! Did you know that you can easily travel by train (all direct connections)  around Europe.

Berlin to Warsaw/Poland in 5,5 hrs

Cologne to London/UK in 4 hrs

Dresden to Prague/Czech Republic in 2,5 hrs

Nürnberg to Salzburg/Austria in 3 hrs

Stuttgart to Basel/Switzerland in 3 hrs

Aachen to Brussels/Belgium in 1,5 hrs

Train travel in Europe is easy, efficient and often cheaper than flying. It is a great way to get around and avoid the traffic jams that accompany bad weather and holiday rushes.

Know how to avoid the 5 German Christmas Market Rookie mistakes

Which one is your favourite Christmas Market?

Jules is passionate about travelling, people and their stories! She believes it's always the right time for banana milkshakes, that armchair travel through others blogs is a daily necessity and that baking equals meditation. She blogs about her family travels on www.shadesofcourage.com
All Posts »
Become a member
PrevPreviousA Day in the Life of a Family of 4 in Miami, Florida
NextPocketFinder+: Keeping Tabs on Busy Toddlers // ReviewNext

Jules is passionate about travelling, people and their stories! She believes it's always the right time for banana milkshakes, that armchair travel through others blogs is a daily necessity and that baking equals meditation. She blogs about her family travels on www.shadesofcourage.com