Although the number of cases outside China remains relatively low, the past few weeks have shown a rapid increase in the spread of the coronavirus outside the country. For the first time since the beginning of the outbreak, the cases outside of China are now rising at a faster rate than in China itself. Coronavirus cases in Italy have surged to more than 800 in just the past couple of days and South Korea has officially declared the highest alert level while officials scramble to get the virus under control. Here is a brief summary of the current world situation including: updated travel bans, travel safety, cancellation and refund information, and travel advice.

The CDC (Center for Disease Control and Prevention) has stated that the coronavirus is NOT currently spreading in the United States. They have issued the following traveling restrictions and advice:

The Secretary of Human Health and Public Services, Alex Azar, has confirmed that more than 90 labs across the United States will be ready for testing

Please refer to the CDC page for further information.

The UK Chief Medical Officers have raised the risk to the public from low to moderate as a preventive measure so that the government can plan for all eventualities. However, the risk to individuals remains low.

Northern Ireland and Wales have now confirmed their first case of Coronavirus in the country bringing the total number of cases in the UK to 19.

The Australian Government has now extended travel restrictions a week further to February 29, 2020.

Everyone coming from mainland China (including transits) within the previous 14 days will be denied entry excluding:

The coronavirus in Italy has been spreading rapidly. More than 800 cases are now confirmed making it the largest affected country in Europe and the most registered cases outside Asia.

The Italian government has now issued the following:

For more information, please check the Italian Ministry of Health page (Italian only).

British Airways has now canceled some of their flights to Milan and allocated the passengers to other flights as they are experiencing low demand. They are also offering full refunds or date changes on those flights. Please check directly with British Airways to learn more if you have a flight booked to Milan in the next 2 weeks.

Switzerland, Austria, Finland, Greece, Norway and Croatia have now reported the first cases in their countries. Spain, has also reported the first case on the mainland, whilst a hotel in Tenerife has been placed under lockdown. Hotel guests have been asked to stay in their rooms after an Italian man staying at the hotel tested positive for the virus.

130 people staying at the Hotel in Tenerife have now been cleared to leave. They had arrived at the hotel after an Italian tourist who had the virus had left before displaying any symptoms. The tourists are of multiple nationalities.

Greece has now stated that they will reinforce border patrols and it has canceled all carnival parades.

Germany has now introduced new landing cards for people entering from countries which have been hit by the virus.

Iceland has now confirmed the first case of the virus in the country.

The country has now raised the alert to “highest level” as more and more cases have been confirmed in the past few days bringing the total to more than 1700. Please refer to Republic of Korea Immigration Services for the latest updates and travel information.

In the effort to stop the spread of the virus, both Turkey and Pakistan have now closed their borders to Iran including all flights and highways. Iran, as a preventive measure, has put in place the closure of schools, universities and other educational centers in 14 provinces.

Afghanistan has now suspended all travels to and from Iran due to concerns regarding the growing spread in Iran.

Iran has now implemented travel restrictions and suspended Friday’s prayers in the areas most hit by the virus.

Saudi Arabia has now banned pilgrims from visiting Islam’s holiest shrines in an attempt to curb the spread of the virus from affected countries.

First cases of the Coronavirus have now been confirmed by Nigeria. This is the third case of the virus in Africa, after Egypt and Algeria confirmed their first cases earlier this month.

Japan has now recorded more than 900 cases and prime minister Shinzo Abe has declared that all elementary, middle and high schools should be closed until late March.

WHO director general Tedros Adhanom Ghebreyesus has stated, at their latest press conference, that WHO has raised the risk of spread and risk of impact of Covid-19 to “very high at a global level”.

Dr Bruce Aylward, head of the joint WHO-Chinese mission, has stated at their press conference that countries should prepare for a possible outbreak and be ready to respond rapidly.

The World Health Organization has released a Q&A video about traveling during the coronavirus outbreak. The interview includes answers to many questions about travel during the outbreak, canceling plans, traveling in other parts of Asia, and how to stay safe while flying.

Many travelers have been asking about refunds and cancellations for trips that have already been booked. Keep in mind that many travel restrictions to mainland China come from government officials. Most airlines and tour operators have already canceled or suspended all trips to the affected areas. Travelers will most likely be able to ask for cancellations or refunds from their trips. However, as each airline has their own policy we always recommend checking with them directly. For other parts of Asia where travel has not been discouraged by government officials, refunds and cancellations are at the discretion of the individual airlines or tour operators, so please check with them directly.

The World Health Organization has also released a series of articles and videos on how to keep safe and prevent the spread of Coronavirus. Please refer to the below links for more information:

If you would like to know more about airlines travel restrictions, the Coronavirus outbreak and how to keep safe while traveling please check our previous articles linked above.

As the position regarding the virus is developing and changing on a daily basis, please note that the above is only short-term advice, and further information may be available from additional medical sources. It is therefore particularly important for everyone to ensure that they keep themselves up to date with all the latest information from official websites.

The Coronavirus Prevention Handbook: 101 Science-Based Tips That Could Save Your Life 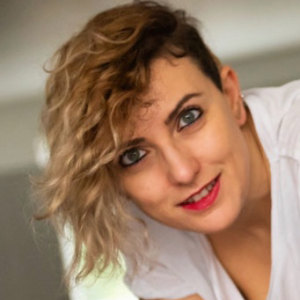 Marta is the Features Editor for Bébé Voyage. She is a self-taught cook, nutritional expert, mum of 1 gorgeous little girl, avid traveler and founder of Mummy’s Little Chef, a cooking school for children, which also runs nutrition workshops for kids and adults alike.
More By this Author

As Covid-19 cases rise in Spain, we asked a family with a small baby how it feels to…
Learn More

Scheduled sporting events have taken a big hit due to the growing global COVID19 epidemic. Earlier this month,…
Learn More

Traveling At The Time Of...

Lindsey Dollard, microbiologist and mom of one from Cambridge, Massachusetts, was traveling in Italy when the country was…
Learn More

The Effects Of The Coronavirus...

Italy has recorded the highest number of COVID-19 cases after China. Despite the lockdown measures put in place…
Learn More

Bring The World To Your...

Just because you are at home does not mean you need to stop exploring! There are plenty of…
Learn More

How to Talk to Children...

As coronavirus cases continue to rise around the world, more countries are implementing preventative measures such as advocating…
Learn More

Life Is Not Canceled: The...

How to Support Local Businesses...

Right now, the only travel we do involves walks around the neighborhood at a safe distance from other…
Learn More

The Forgotten Travelers: How Coronavirus...

Camila Kemeny, a Chilean expat living in China, was traveling in Thailand with her son during the initial…
Learn More

Living With The Coronavirus Quarantine:...

Italy has now confirmed more than 12,000 cases of coronavirus in the country and more than 800 deaths,…
Learn More

Traveling To Places With High...

Traveling with kids to countries with high levels of poverty raises a host of questions. How can we…
Learn More

We are witnessing a growing list of countries being severely affected by the coronavirus COVID19 outbreak, and with…
Learn More

With so many countries outside of China now reporting cases of Coronavirus, travelers are wondering what to do…
Learn More

As the owner of a kids cooking school and nutritional consultant, I try to keep my four-year-old daughter…
Learn More

Reducing Your Carbon Footprint on...

Family travel is all about trying new things, having fun, learning, and ideally some relaxation together. But it’s…
Learn More

Giving Birth In A New...

My background in healthcare and project management allowed me to create a relocation plan that you can use,…
Learn More

The guidelines on the Coronavirus (2019-nCoV) change daily; here we share the latest news from governments worldwide, along…
Learn More
The Coronavirus Prevention Handbook: 101 Science-Based Tips That Could Save Your Life

PrevPreviousMompreneur Presents: Debra Pally, Founder Of Flyaway Kids Bed – The Perfect Solution For Getting Kids To Sleep On The Plane!
NextHow To Do New York City With Kids This SpringNext