Community > Experience of globetrotting parents > Covid Has Destroyed Canada’s Aviation Industry: How One Family Is (Barely) Making It Through

Covid Has Destroyed Canada’s Aviation Industry: How One Family Is (Barely) Making It Through

Over the course of the pandemic, the aviation industry in Canada has been devastated, and in turn, many families have had to make sacrifices and figure out a way to live without the support of the government. Amid thousands of layoffs, Canada’s aviation industry has largely been ignored and included in a blanket coverage with all other workers that are no longer able to work in this pandemic climate.

As of July 2020 close to half a million jobs have been lost (source), and just over the last week another airline supporting Air Canada has closed its doors. Currently, the only financial support workers in aviation are able to get is CEWS, (Candadian Emergency Wage Subsidy) which gives funding through the employer at a fraction of many original salaries. Many have criticized the Trudeau government for abandoning a sector that had dropped everything in the beginning of the pandemic to go and rescue overseas Canadians in order to bring them home. Many were left in the dark with little financial support and no warning of jobs being lost. 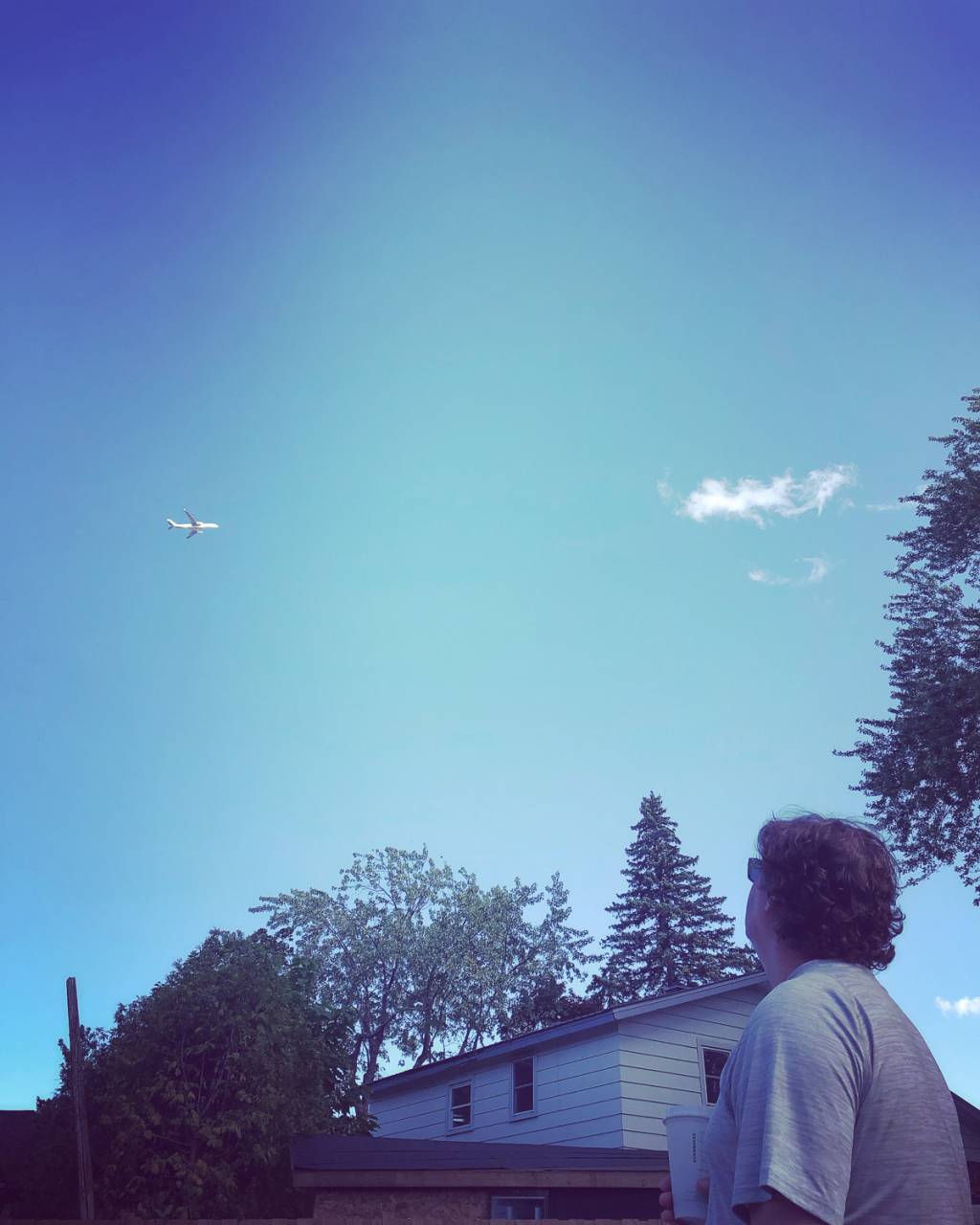 Compared to European counterparts, who have received 80% of wages (Source), Canadian pilots are capped at 58.7 K a year at 75% (Source). For most, this is a one-thirds wage cut. To add insult to injury, many aviation families rely on a single income to begin with, allowing for a better family life balance. Since many pilot schedules are unpredictable and do not run on the regular nine to five and Monday to Friday work week, one parent usually chooses to stay home in order to keep some consistency. Sometimes, pilots will choose partners who are also in the travel industry or also pilots themselves, compounding the issue of the shutdown.

What most people see who are outside of Canada’s aviation industry, is the glamorous side of the business. Jetting off to new destinations, fancy hotel rooms, and exploring new cities…but that is an unrealistic view. There are benefits, however. For example, our airline has a reciprocal agreement that gives pilots the option to work from a European base during the spring and summer for our partner airline. We get to live the dream of living in Europe, but as a working vacation, and really explore the destinations in which we reside. 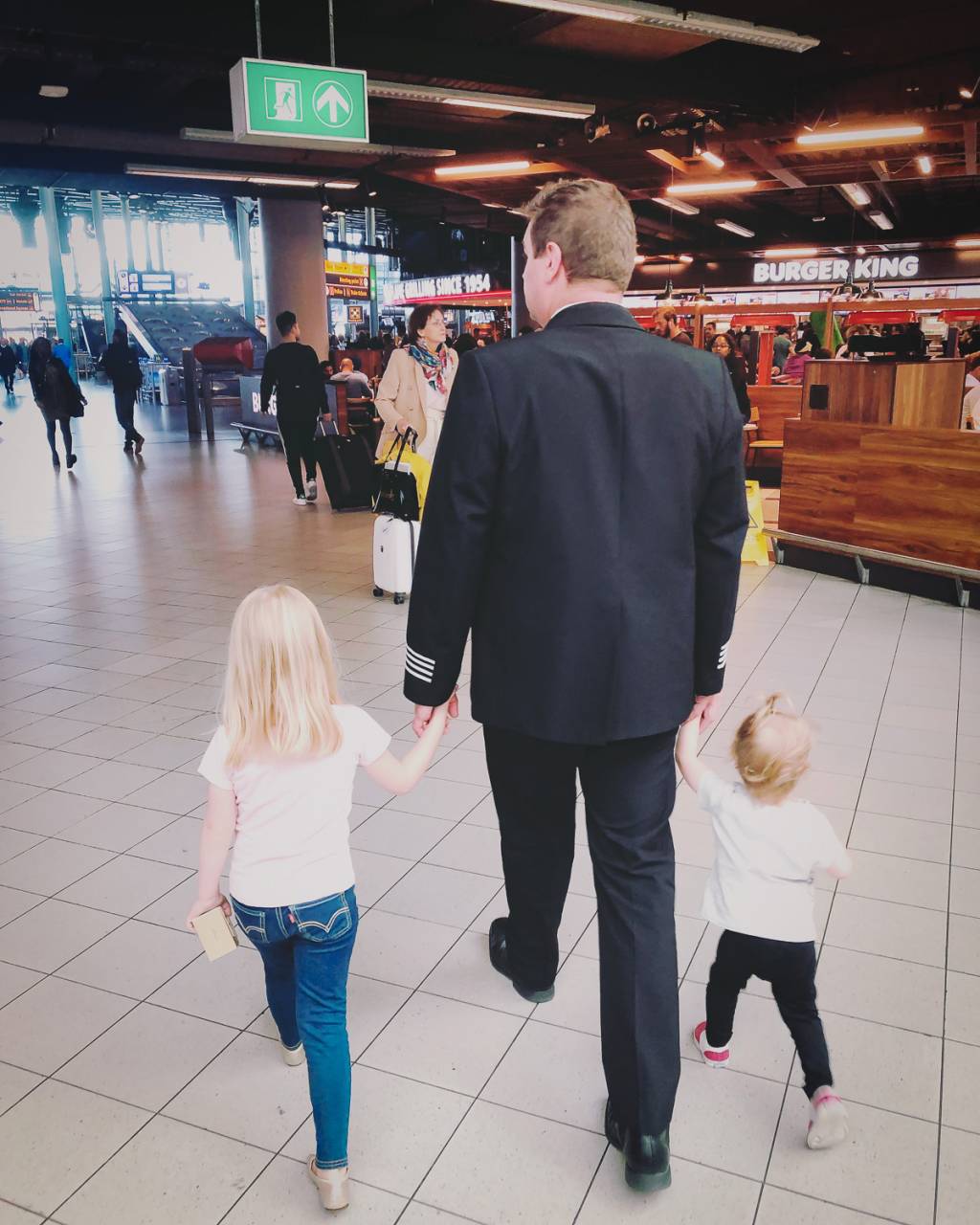 I often joke that living the aviation lifestyle is very similar to being a wife of a professional athlete, but without the paycheck. Both pilots and athletes dedicate years preparing for a job without the guarantee of making it to the big league.  In Canada, the comparison is making it to the NHL vs. a pilot making the roster of a legacy airline such as Air Canada.

For most pilots in Canada’s aviation industry, the road to the golden land is usually by way of slugging bags in Canada’s north. It’s common for many to work at remote bases while getting paid minimum wage as they try and build enough hours to apply to one of the commercial carriers. Once they make it, the stress unfortunately continues. Their lives are dictated by semi-annual training events that require perfect marks, physical exams, and long days away from home.

For the families left at home, schedules are ruled by the sleep patterns of the pilot to ensure enough rest is had to safely fly passengers to and from holiday destinations.  Many times getaways and family gatherings can only be planned two weeks in advance due to their unpredictable schedule. There are many missed holidays, weddings, and birthdays.

Most pilots have never worked in another career, and the pandemic has forced many to make the hard choice to either leave the industry altogether or to take temporary jobs to wait out the closure. For some, it’s delivery jobs or bus drivers. For families like ours, it’s speeding up a plan, where myself as a stay at home mom has been forced to return to work out of necessity and leaving my husband to take on the role as the main caregiver and home school teacher, all while grieving a job he loved.

Text messages are often exchanged with other wives of pilots who have been on furlough for close to a year, checking in to see how everyone is holding up. Our tight-knit community is one we feel lucky to have during the hard months where our spouses are gone for a week or more at a time. During cold and flu season, it usually means being the sole caregiver while also sick yourself.  Many families live away from their family support system so take on adopted families to help fill in the gap for the absentee parent in the skies. 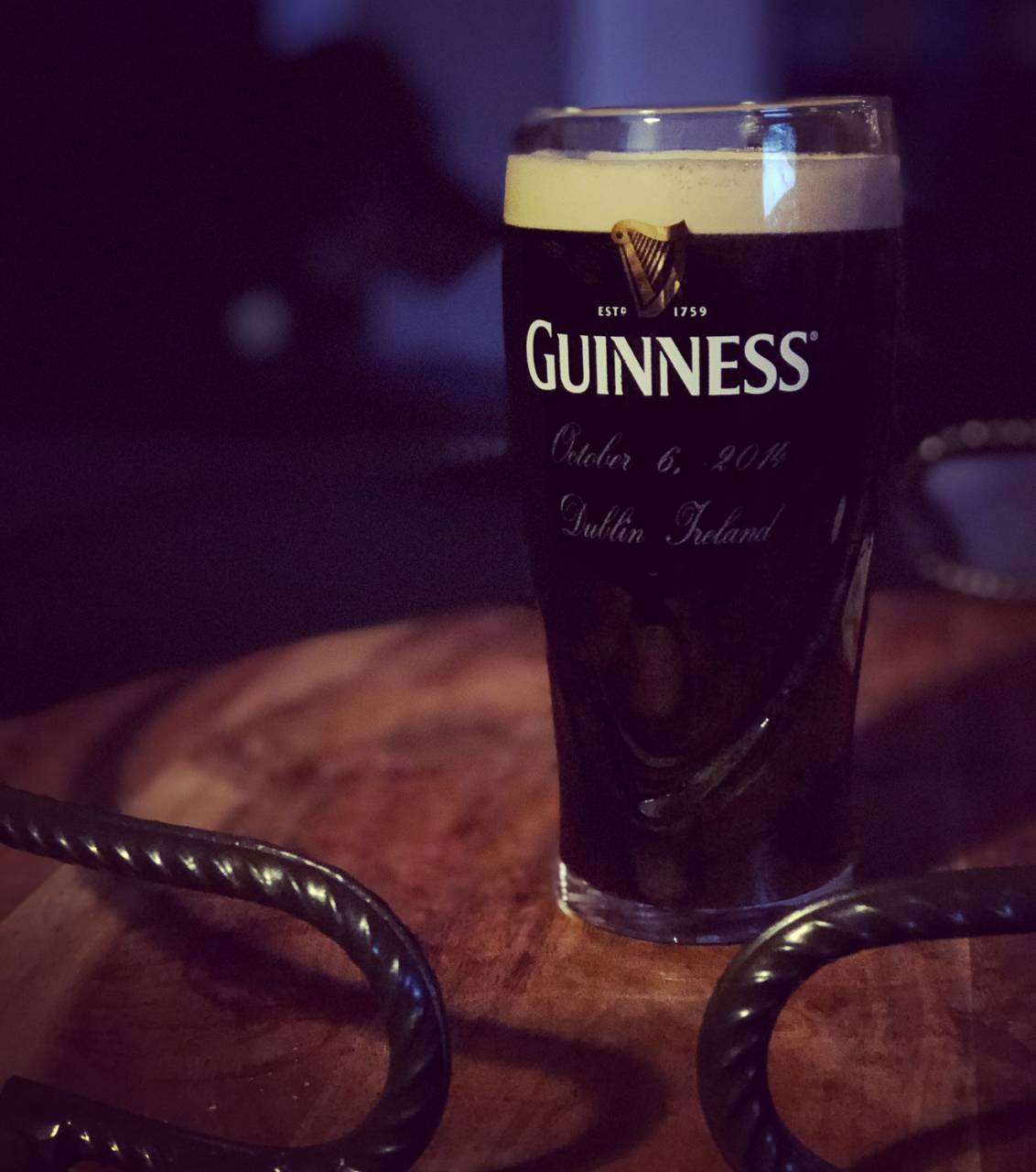 March 17th is usually a day when we toast with Guinness beer glasses etched with the date he made Captain on the 737, during the summer spent working/living in Dublin.  This year, after 25 years in a career built with blood sweat, and tears, it’s a date where we ponder whether he has a career to return to. Just 15 years outside of mandatory retirement means asking some hard questions and making alternate life plans. For many pilots it’s questioning a career which they have spent their entire adult lives driving towards. Grieving an industry that has already suffered through 9/11, grounded planes like the Boeing 737 Max (Source), and now the pandemic.

As I write this, I grabbed my husband’s phone to see if he had one of his many airborne shots of pretty sunsets and cloud formations. I don’t know if he has edited his collection since the pandemic, but there was a noticeable absence of these beautiful shots. The only one that remained from his final days in the air was of the ‘Frozen’ plane waiting to take off, so he could show his daughters.

Opinions expressed in this article are those of the individual, not by Bébé Voyage unless specifically indicated to that effect.

Is It Safe To Fly Again? A Pilot’s View On Air Travel During Covid19

Do You Have A Child With A Hidden Disability? These 3 Programs Are Helping Families Navigate The Airport To Make Travel A Little Bit Easier 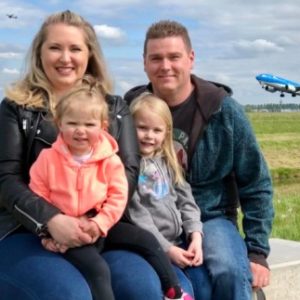 This article has been written by Angela, (preferred pronouns: she/her/her) our Director of Communications and Tourism, here at Bébé Voyage. Originally from Vancouver, Canada she now lives in Toronto with her husband and two girls.  Her love of travel started from a competitive dance and performing background that took her all the way to the Sydney Opera House, across Canada, the US, and the UK.  As a pilot's wife, you can often find Angela traveling alone with her two kids navigating airports without their captain. Their family's favorite destination is Paris, but would really travel anywhere at this point!
All Posts »
Become a member
PrevPreviousIs Taking Paternity Leave Bad For Your Career?
Next21 Women In History That Blazed A Trail And Forever Changed The WorldNext

This article has been written by Angela, (preferred pronouns: she/her/her) our Director of Communications and Tourism, here at Bébé Voyage. Originally from Vancouver, Canada she now lives in Toronto with her husband and two girls.  Her love of travel started from a competitive dance and performing background that took her all the way to the Sydney Opera House, across Canada, the US, and the UK.  As a pilot's wife, you can often find Angela traveling alone with her two kids navigating airports without their captain. Their family's favorite destination is Paris, but would really travel anywhere at this point!