Many people are unaware that just a 25-minute train ride away from Rome lies the magnificently preserved and kid-friendly Roman town of Ostia Antica (Ancient Ostia). This archeological park is lesser-known than Pompeii, but its ancient buildings, magnificent frescos, and impressive mosaics have been excellently preserved. If you will be staying in Rome, this is an easier day trip than the two-plus hours trip down to Pompeii. Its trees provide shade (something Pompeii is lacking), and the lack of tourists make it an enjoyable visit with kids. 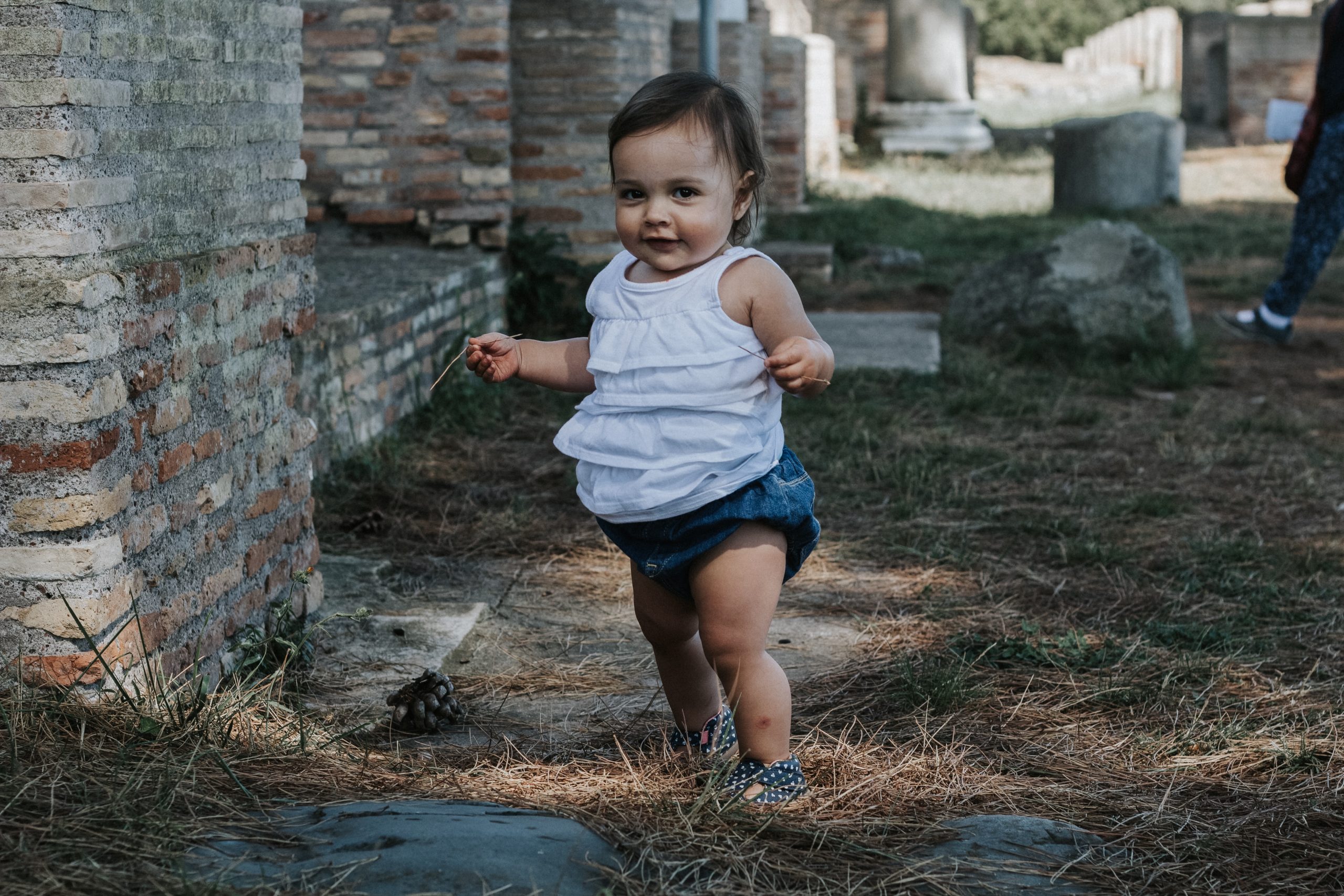 Two-thousand years ago, Ostia Antica once was Rome’s thriving seaport with residents in the hundreds of thousands.  It was a bustling port city with docks, warehouses, apartments, mansions, inns, taverns, shopping centers, a large theater, and many public baths. When the Roman Empire fell, the port was slowly abandoned due to repeated invasions, sackings by pirates and malaria. Over time, mud buried the city, protecting its buildings and treasures so they can still be viewed today.

How to get to Ostia Antica

It is easy to use public transportation to get to Ostia Antica. At a metro station, purchase a one-way ticket (BIT) for unlimited transfers between the metro, buses, and trains. Take the metro line B and get off at Porta San Paolo (Piramide Station). From here, you can transfer to the local “Roma Lido” commuter train to Ostia Antica.

The Ostia Antica train station is across the street from the archeological park. Follow the signs to the entrance, about a 5-minute walk.

Tips for Visiting with Kids 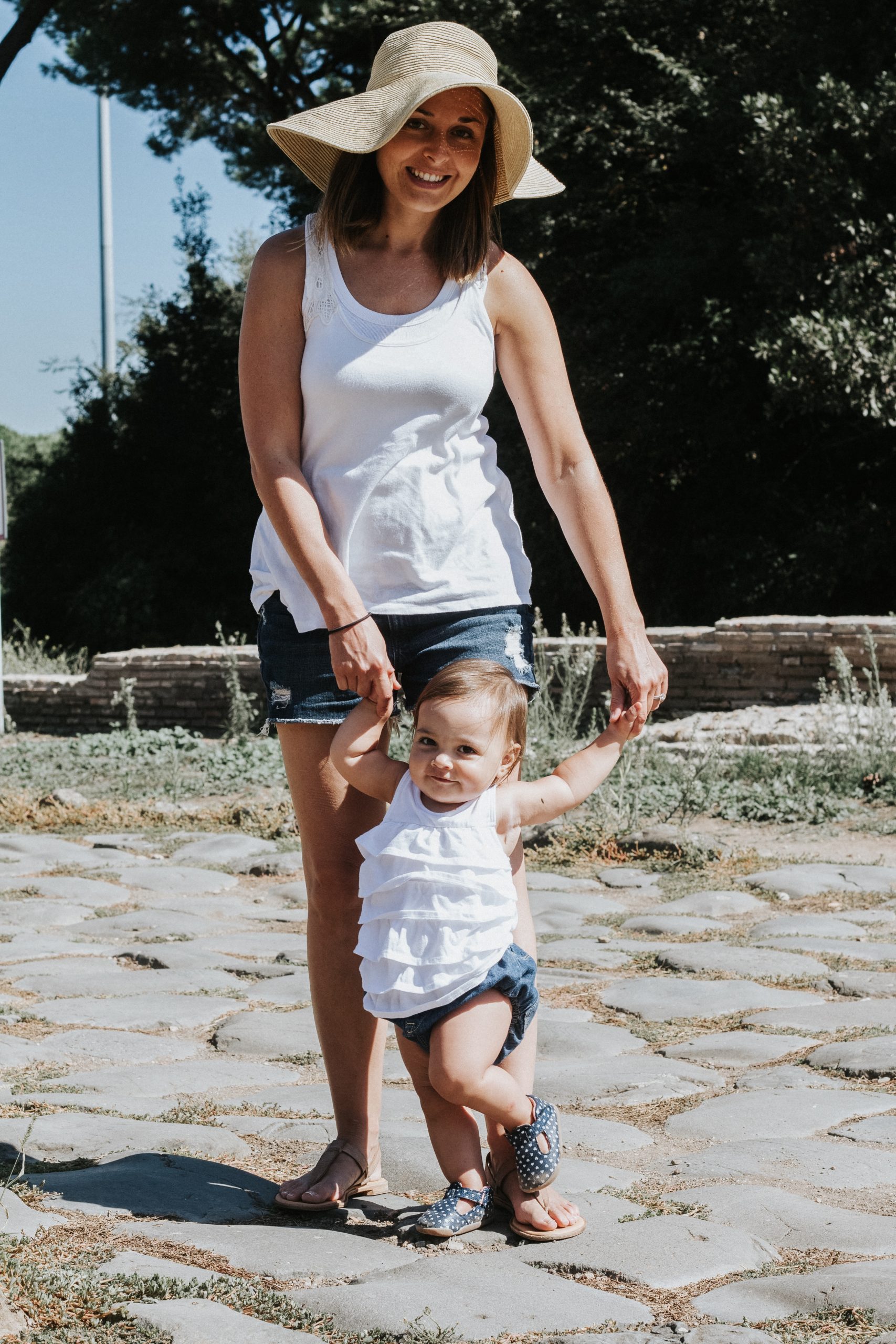 We visited with our daughter when she was one year old. The wide-open spaces and lack of crowds made it the perfect place for her to roam around unrestrained.

We choose to purchase a small guide book for 6 Euros in the bookshop. It had rendering overlays of how the city would have looked over photos of how they look now, plus information about the important sites. Since we were visiting with a one-year-old, we preferred to take it slow at our own pace rather than with a guide, and we still have the book to enjoy today. Our daughter was a little too young at the time to appreciate the book, but older children would enjoy seeing how the renderings of Ostia Antica compare to how it looks today.

Ostia Antica’s main street cuts right through the city called the Decumanus Maximus. Along this street, there are ancient houses and shops and other structures that still stand from the once-thriving city. Walking down this ancient Roman street, you can imagine what it might have been like to live during those times. Some highlights to help kids imagine what it was like to live in Ostia Antica include:

The “Forum of Corporations” was the center of commerce and trade for the Roman Empire during the Age of Augustus. Merchants gathered here to sell and trade goods such as grains, shipping services, and exotic animals such as elephants and giraffes for gladiator battles. The mosaics in front of each stall signified the owner’s occupation. It’s a fun game to guess what the merchant’s trade may have been from looking at the mosaics. 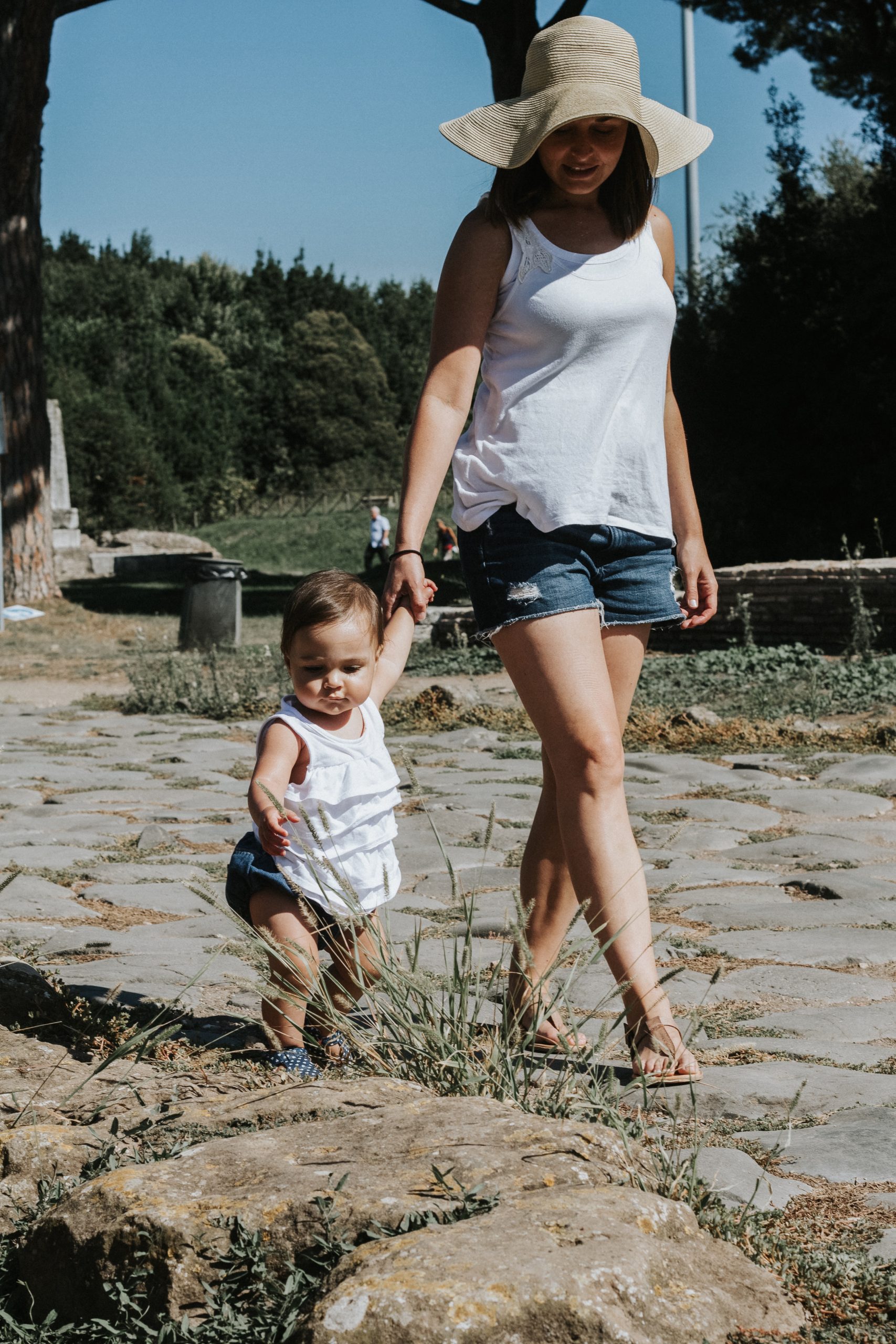 The archeological park opens every day at 8:30 am except for Mondays when it is closed. Check the website for closing times as it varies from 4:30 to 7:15 pm throughout the year.

The price for adults is 8 Euros. It is free for anyone under the age of 18.

Jana is the owner of  www.mypiccoloitaliano.com. My Piccolo Italiano is a blog dedicated to exploring Italian travel and culture with kids! Follow her Instagram @mypiccoloitaliano, and Facebook accounts for inspiration, tips, and information on traveling to Italy with kids.