Family Travel Destinations > Denali, Fairbanks And The Best Of The Rest: Alaska!

Denali, Fairbanks And The Best Of The Rest: Alaska!

Alaska is the farthest north and west US state. Portions of the state are due north of Hawai’i and the Marquesas Islands. It is also the largest state, so unless you are planning to spend a month here, I’m going to make the strong suggestion that you focus on a particular region. Alaska is not really a place where you can sprint and do all the things in a week so we have broken it down into a three-part series: Southeast Alaska, Southcentral Alaska, and Denali and the Best of the Rest.

Fun fact: of the 10 highest peaks in North America, four are in Alaska and 60% of all land managed by the US National Park Service is in Alaska. So, if parks and recreation and off the grid call to you…come on up!

Denali (“the great one” in Koyukon language of the Athabascan people) is the highest peak in North America. Talkeetna is the ground base location for those visiting this climber’s paradise. The surrounding park is a phenomenal experience, but unlike most of the parks in the US, you can only drive in for a few miles in a private car. The vast majority of the park is inaccessible by private vehicles. The road is 92 miles one way and basically takes four hours in each direction. Yes, seriously. Instead of your car, you have to either take a bus in or fly into one of the backcountry lodges.

If you are going backcountry hiking (permits and bear canisters required), you have to bring your gear on the bus to the destination or get dropped off somewhere along the road. Permits are issued for certain sections of the park to keep numbers down. Bring 100% DEET bug spray.

The trip to Denali is really an all-day affair so plan on this taking an entire day or longer if you decide to stay at one of the backcountry lodges. The bus travels slowly along the dirt road, pulling off to the side whenever someone yells out an animal and the position on the clock (front of the bus being 12) so everyone can see it.

You can either drive (including bus), charter a flight, or take the Alaska Railroad out. The railroad has tour packages that make this trip a breeze. That said, it is a three-day trip: out, park, and back. Denali’s entrance is roughly a 4-6 hour drive out of Anchorage (255 miles or 410 km) and a 2-hour drive out of Fairbanks (100 miles or 161 km). There is a small town, Healy, just outside the park with hotels, cabins, white water rafting, food, etc. The park is closed in the winter due to the snow which makes the road impassable. There is a variety of camping sites inside the park and at its entrance. Please note that all of these can be reserved and fill up really fast! At the writing of this post, the park’s only road is closed past mile 44 due to a landslide, and a week or two ago one of the campgrounds was closed for bear problems. You can check out alerts here.

One way to explore Denali is to bus in and fly out or fly in and bus out with Kantishna Air, the best of both worlds as far as I am concerned.

If you aren’t able to get all the way out to the entrance, but still want to see the park, flightseeing with K2 Aviation out of Talkeetna is amazing. They have car seats and headphones for the little ones and great pandemic protocols. The drawback is that you aren’t going to see the wildlife from up in the air.

Heading north, the next big stop is Fairbanks. Toasty warm in the summer and bitterly cold in the winter, Fairbanks is now offering direct flights to a number of locations in the lower 48 and soon Asia. This is a spot often visited in the winter (despite the cold) for the northern lights. A couple of kid-friendly activities are the Museum of the North and the Reindeer Ranch. Just outside of Fairbanks, in the North Pole, is Santa’s house. Yes, you can mail things from Santa’s house to the kids you love worldwide so they get an actual letter in the mail from Santa any time of year.

Another major draw in the area is Chena Hot Springs. A couple of things to consider, however, are that they don’t let kids under 18 in the hot springs outside and the interior is a little dated. Blue Lagoon, Iceland, this is not.

If you want more off the beaten path, the Dalton Highway, also known in the winter as the Ice Road from Ice Road Truckers, is lovely and leads all the way to Deadhorse/Prudhoe Bay.

The Best of the Rest

McCarthy is located to the east of Anchorage, in the Wrangell St. Elias Mountains, and is a little town with just a few dozen people in it. Nearby is Kennicott, a ghost town with remnants of a mine.

Valdez, east of Anchorage, is also stunning. This is a 5-hour drive from Anchorage in the summer or 6.5 hours from Fairbanks. There is little in the way of organized activities for kids between Palmer and Valdez. Although Copper Center/Chitna are the fishing locales for world-famous Copper River salmon.

Above the Arctic Circle and at the northernmost point of the US is Utqiagvik (formerly known as Barrow). It is an Iñupiat community that dates back to 800 AD. The Iñupiat Eskimo speak the same language, Iñupiaq (In-yu-pak), as other Arctic Circle communities in Northern Canada and Greenland, given a difference in the local dialects. Activities are mostly Iñupiat heritage-related. This is where you would see a polar bear in Alaska. The sun doesn’t set in the summer for 82 days and goes down for months in the winter.

On the Western coast, one option is Nome. Nome is the traditional end of the Iditarod, a dog sled race, which starts the first weekend in March.

You void the warranty on the rental cars from major companies if you drive into Denali, up the Dalton Highway, or on the road to McCarthy and something happens. Make sure you check this out if you are renting and driving off the beaten path. There are companies that rent just for these drives.

This is really just a quick list. There are many beautiful locations, towns, communities, and experiences beyond the mainstream. Please remember that much of Alaska is very remote, so you are more at the mercy of mother nature and other things beyond your control. Be prepared to build in extra time for the weather to not cooperate and delay your plans. Most Alaskans have stories of getting stuck in the bush for longer than intended because planes couldn’t fly.

Southeast Alaska – Where the Cruises Go 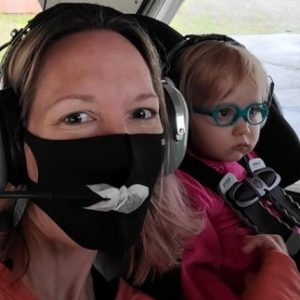 After living in warm places/countries on three continents for most of her life, Martha somehow forgot she likes to be warm and moved to Alaska in 2010. She lives in Anchorage with her husband, two small kids, and an Australian Shepherd. Part of the fun of being stuck on the end of the earth is getting to help others enjoy the amazingness that is this far-flung state. Martha is always willing to help with trip suggestions whether it is about tours, bugs, fish or the northern lights.
All Posts »
Become a member
PrevPreviousVisiting Disney with Toddlers – What You Need to Know to Make it Magical
Next5 Tips on How to Visit a Museum with a Social Justice LensNext

After living in warm places/countries on three continents for most of her life, Martha somehow forgot she likes to be warm and moved to Alaska in 2010. She lives in Anchorage with her husband, two small kids, and an Australian Shepherd. Part of the fun of being stuck on the end of the earth is getting to help others enjoy the amazingness that is this far-flung state. Martha is always willing to help with trip suggestions whether it is about tours, bugs, fish or the northern lights.