Flying with a Toddler through US Airports

My ruminations on flying with a toddler were crystallized when we recently flew on JetBlue from New York-JFK to New Orleans (and back). After the trip, we got a customer feedback survey from JetBlue asking about our experience and it got me thinking about the experience of flying with toddler in the US. 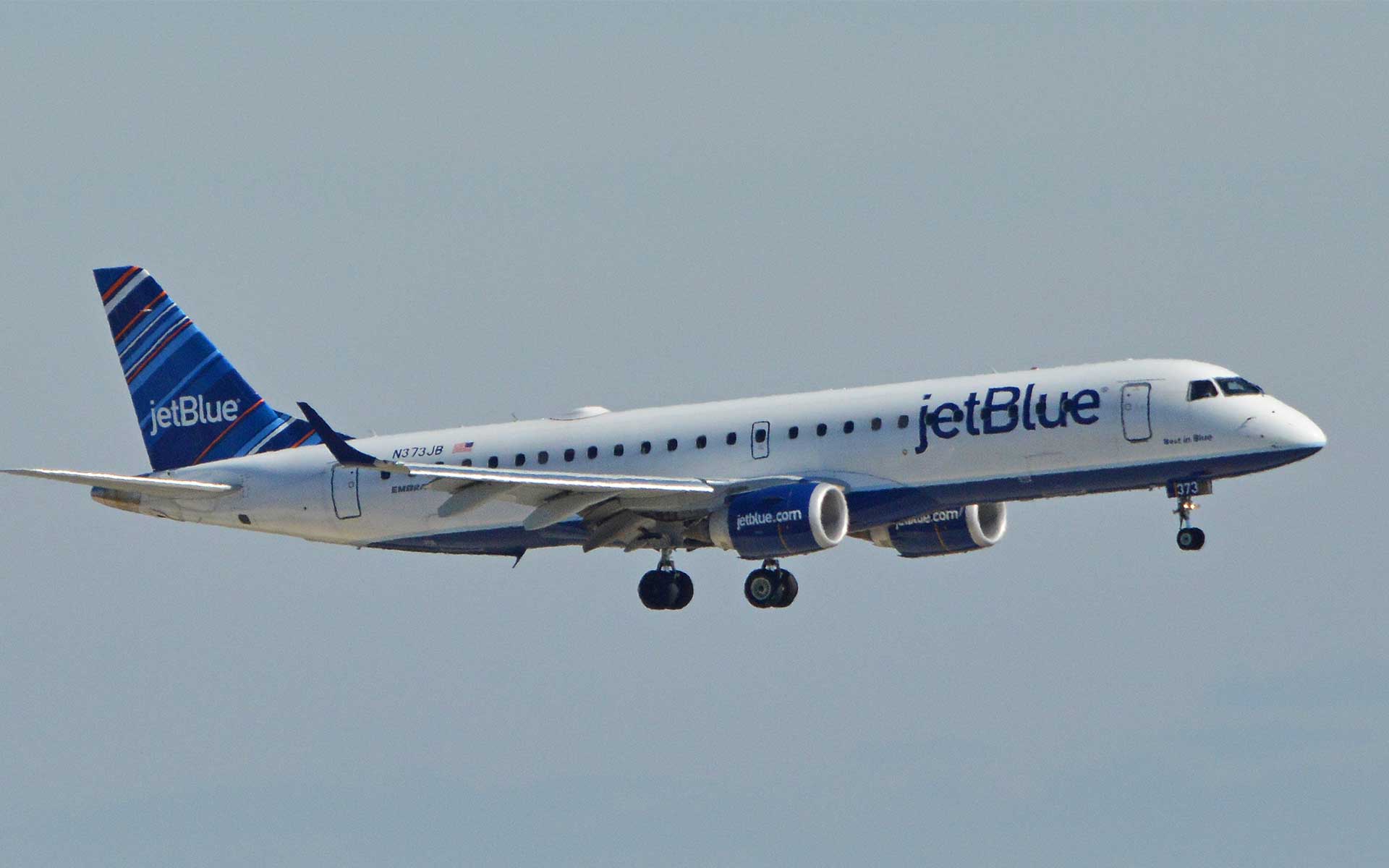 The JetBlue survey asked about everything from our experience booking, to getting through the airport and security, to our onboard experience and post flight. It surprised me that they asked about our experience with TSA and the contact we had with non-JetBlue personnel at the airport because I always assumed that airlines couldn’t do anything about that. But if they can, it may very well be a lynchpin to smoothing out the passenger-airline experience.

Our experience flying with a toddler on JetBlue was good. Our flights left on time, the staff was generally polite and helpful, we got complimentary beverages and snacks, there was free inflight entertainment and wifi (key for entertaining while flying with a toddler and keeping parents sane!). And perhaps considering all the things that could have happened to us, our flight with JetBlue was great (our family was not booted off the plane, we did not get hit with a stroller by a flight attendant, nor did we suffer the same fate as the passenger who got dragged off plane). 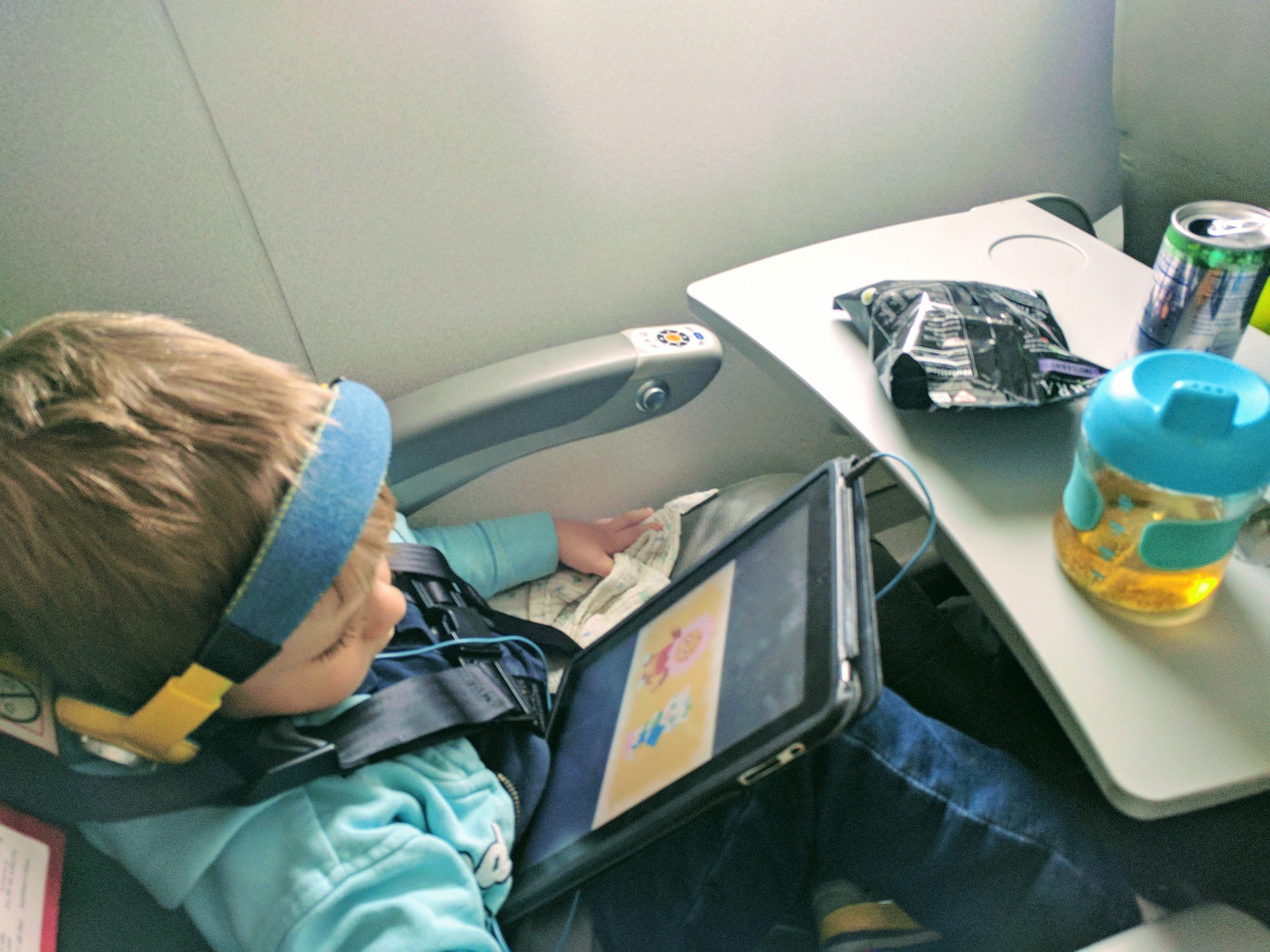 Lately we’ve been hearing alot about how airlines have been mistreating passengers flying with toddlers and babies, but also regular passengers. Given the condition both the passengers and the staff are in when they get to the plane, it’s not entirely surprising. In fact, I posit that the whole experience from when someone steps into an American airport until they come out at their destination (or after their day of work) primes them to be on edge at best and confrontational or even violent at worst.

Passengers have their fear antennas raised with constant probing reminders like “no loitering in the drop off area” and “any abandoned baggage will be treated as a potentially dangerous device.”  Parents flying with toddlers, or really kids of any age, have their fear antennas raised even higher because in addition to all this overstimulation, they have to keep track of their little one. Passengers are then treated like cattle, being corralled and prodded from one holding pen to another. The actual security checkpoint experience is totally dehumanizing and often confusing (sometimes certain items require extra scrutiny, sometimes they don’t; there are always bright lights, lots of noises and lots of people on edge).  Yet, in the US, many passengers suffer through this because they have limited choices: few airlines serve the same route, high speed trains don’t exist except in a few coastal corridors, and traveling by road takes too long. 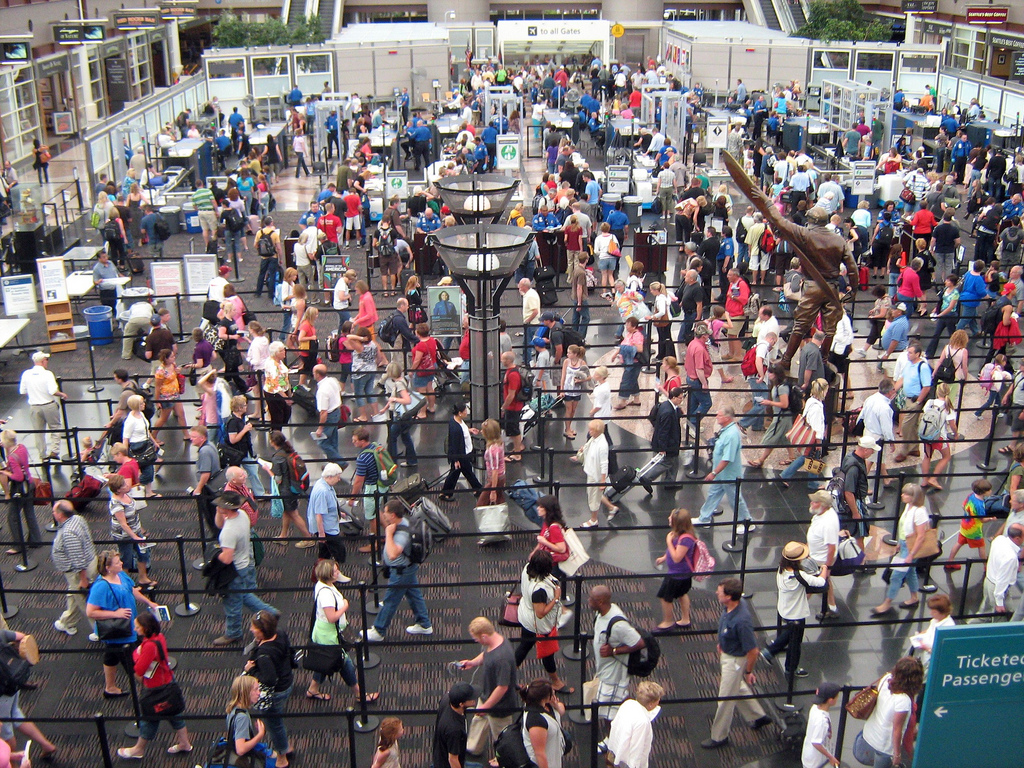 Airline and airport staff work in an environment where they are constantly reminded about security threats which simply puts them on heightened alert and activates their fear centers. Furthermore, they are under pressure to enforce lots of rules which may or may not make sense (like we were recently told by a TSA officer that he was not allowed to touch our phones even though we handed them to him so he could scan our electronic tickets because we had our hands full with all our gear for flying with a toddler). Additionally, staff have to deal with terrorized, dehumanized passengers all day (see above) which probably is not the most satisfying experience. To boot, US airlines have become much more relentless about flying planes that are packed to capacity (or over) which literally does not given anyone any wiggle room.

Given the condition of passengers and airline and airport staff it is not surprising that we’ve seen conflicts in planes and airports escalate to the level of violence lately.

Flying with a toddler or young child is a particularly harrowing experience. That’s why Bébé Voyage worked with Congresswoman Jaime Herrera Beutler to pass the BABES Act to improve training for TSA personnel around how they handle breast milk, baby formula, breast feeding equipment and other liquids and gear which according to the TSA’s own rules families are allowed to bring on board.

While the BABES Act is a step in the right direction, is not enough. Here are a few more recommendations: 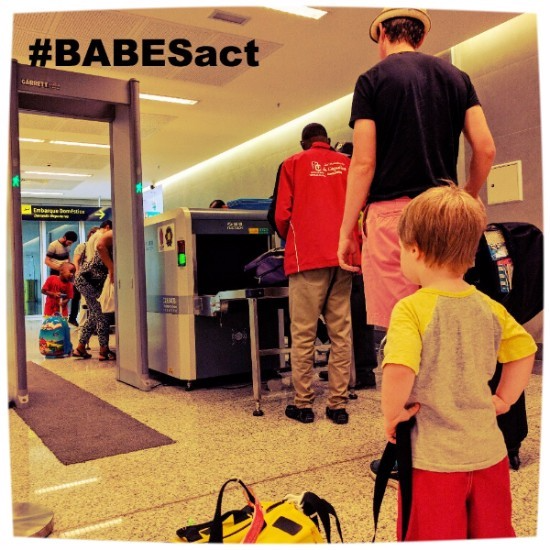 In fact, if airlines, airports and the TSA make it a point to address the last two points, then it will make the experience better for everyone. I remember when the Paris public transit authority redid their subway map to make it easier to read for the visually-impaired. Turns out that it was a helpful move for all public transit users.

Airlines, airports and the TSA should all invest in their work cultures to ensure that their personnel actually enjoy working there. Executives are likely to moan about this kind of initiative because it will initially look like a cost (training, hiring consultants, investing in staff development) and things like employee happiness are not easily measured or tracked in a balance sheet.  But airlines are paying the price with all the current bad PR they are receiving. And considering the ubiquity of cameras and access to the internet, more negative incidents are likely to go viral.

It’s not surprising that the deeply human pictures and videos of interactions on planes are also going viral, like the Finnish airline pilot who held a baby or the anonymous passenger who comforted a baby for a whole flight allowing a parent to sleep. Flying with a toddler or a small child is a harrowing experience and when a fellow passenger showing a little bit of empathy and creating a truly human connection, it’s not surprising that the interwebs goes nuts over it. And in my opinion, that is just collective humanity screaming out for more human connection in the air travel experience.

**The author received a media rate for this flight with JetBlue. All opinions are her own.

(she/her/hers) Marianne is Bébé Voyage's co-founder and CEO. Born with 3 passports and with friends and family around the world, it's not surprising that she's always been a traveler. And it didn't stop when she had kids. Her first son was born in Stockholm, Sweden. At 6-weeks he flew to Paris to visit family, before moving to Mozambique a week later. That's how Bébé Voyage started...
All Posts »
Become a member
PrevPreviousEntertainment for Little Kids on the Go
NextTraveling With Childhood AsthmaNext