Legends of mythical creatures and stories of magical places always capture the imagination of travelers both young and old alike. They tell the tales of places to help keep the history and mystery alive. Some are based on fact and some are so fantastical that you can’t help but find yourself imagining the story unfolding before your eyes with a sense of gleeful youthfulness. The Giant’s Causeway along the Antrim coast in Northern Ireland is one of those stories. 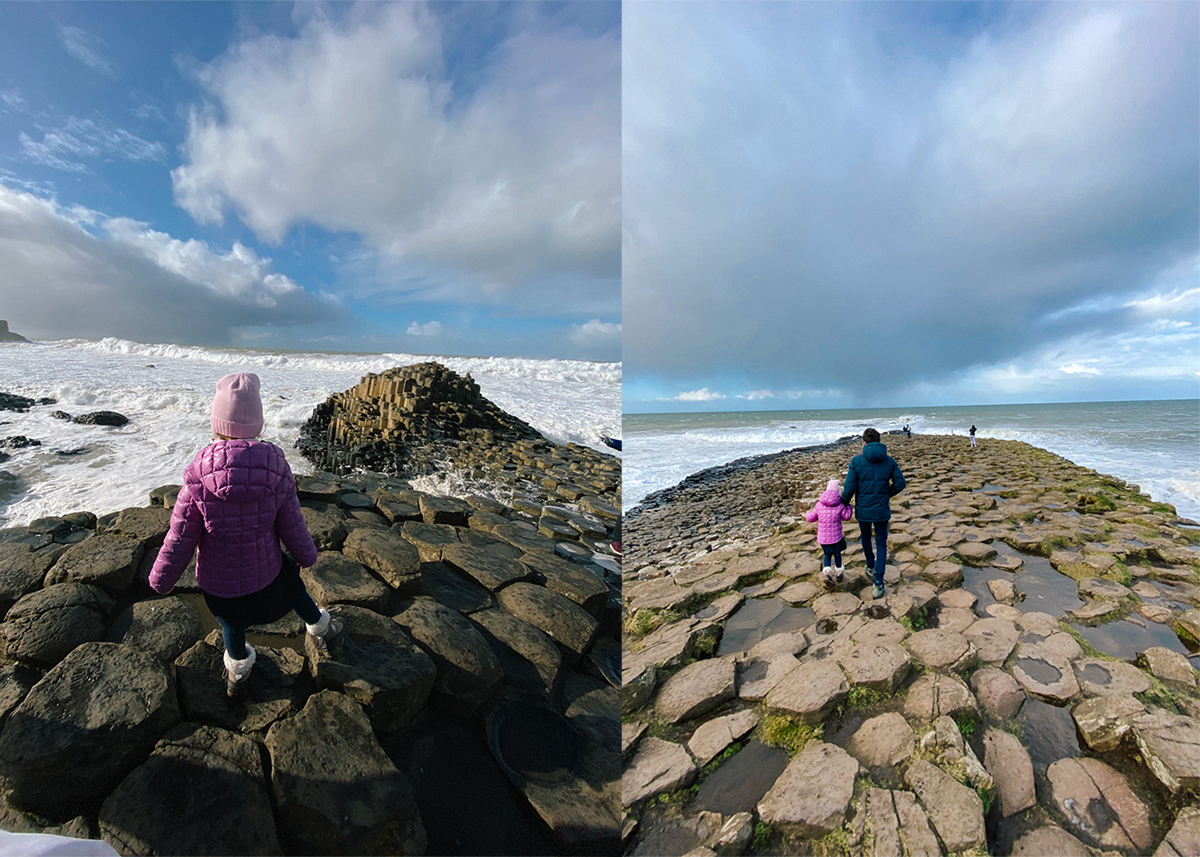 Giant Finn McCool (Fionn Mac Cumhail) lived along the Northern Irish coast in County Antrim and could hear insults hurled by the giant, Benandonner, who lived just across the North Channel in Scotland. One day, tired of the insults, Finn challenged Benandonner to a fight. An enraged Finn immediately started to hurl giant slabs of stone into the sea to build a bridge that would take him to Scotland. He worked day and night to complete the bridge. As he finally finished and ran to the shores of Scotland, he got a glimpse of his challenger who had laid down for a nap. To his horror, Benandonner was a giant among giants. Finn knew, of course, he could never beat Benandonner so he proceeded to quickly run home. Upon his return, he told his wife, Oonagh, of Benandonner’s enormous size and strength. She devised a plan to fool Benandonner and quickly got to work making a giant baby bassinet and wrapping her husband with blankets. Once Benandonner awoke from his nap, he saw the completed bridge and immediately ran to the other side for his duel with Finn. Finn however, was nowhere to be found. He stormed into Finn’s house, but Oonagh was ready for him. She invited him in for tea and to wait until Finn returned home from herding the sheep. As Benandonner sat down he looked in the corner and saw the largest baby he had ever seen. The baby was the size of a grown giant! He figured if Finn’s newborn son was this large, then Finn must be twice the size of himself. Terrified, he immediately left and ran back across the bridge, ripping it up and destroying it in the process so that Finn could not follow. To this day you can see remnants of the bridge that Finn built on both the Irish and Scottish coasts. The large basalt columns rising out of the sea make for a unique sight that might just have you wondering if the giants really did roam the Earth. Of course, there is a perfectly good explanation for these hexagonal columns, but where is the fun in that!? 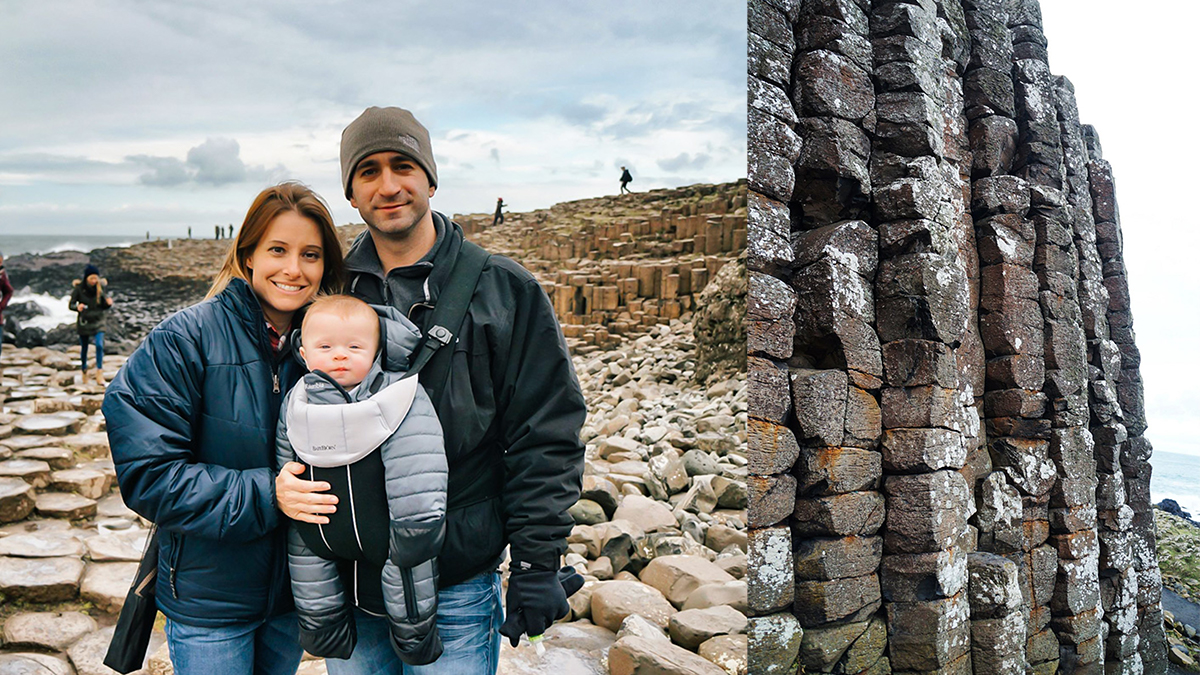 The Giant’s Causeway was declared a Unesco World Heritage Site in 1986 and sees upwards of a million visitors each year. Tourists flock to see the 40,000 basalt columns that were formed nearly 50-60 million years ago and enjoy stepping from one column to the other as the waves crash around them. It’s a great place for kids to safely enjoy a natural wonder and possibly even get them interested in geology.

But how exactly did these hexagonal columns form in such a magnificent pattern? The area around the Giant’s Causeway was subjected to intense volcanic activity. As the columnar basaltic lava cooled, it contracted and formed 120-degree cracks in the rock. The cooling would then spread to the next closest area forming another 120-degree crack and so on and so on. While the majority of these columns are in the shape of the six-sided hexagon, you can find a few columns with square, pentagon, or even octagonal shapes. This occurs when the columnar basalt lava cools at slower or faster rates than usual. If you are heading to the Giant’s Causeway with kids, show them this video below to help them understand how this amazing natural wonder was formed!

The Giant’s Causeway is free to access, however, if you would like to learn more about the Unesco site head to the Visitor Center just down the road for additional information. An audio tour is also available for a small charge.

Top Summer Travel Destinations in the United States and Canada

(She/Her) Kelly is the Director of Content for Bébé Voyage and enjoys traveling the world with her husband and two boys. A self-described travel junkie, she prefers to visit the "real" parts of a destination, rather than the more popular touristy areas. Always on the hunt for local restaurants and off the beaten path shops that most tourists never find.
All Posts »
Become a member
PrevPreviousThe Hardships Of Traveling As A Pakistani And Muslim Woman
NextAnti-Racism and Travel Series (Part 3): Your Travels and Anti-RacismNext