Being on paternity leave is undoubtedly an insightful way to learn about different cultures. Thanks to our diplomats’ itinerant lives, I have been lucky enough to raise our kids on three continents.  My second stint of parental leave is currently taking place in the middle of a global pandemic–a fact that has completely altered the circumstances. Having to homeschool our elder son while taking care of our newborn has had its challenges but has also highlighted some of paternity leave’s long-term benefits to our family.

After our first son was born, I spent part of my leave in Sweden back in the days when hopping from one continent to another was rather seamless. At the time, I was posted at the Swedish Embassy in Maputo, Mozambique. The three of us–my wife Marianne, son Simon, and I went to visit my family in Stockholm. One of the things I noticed in Stockholm was the sheer number of dads taking care of their infants on any given weekday. It was also rather effortless to take strollers out on the spacious and impeccably maintained sidewalks. There was no challenge maneuvering baby and stroller on public transportation as all the subway stops have elevators and escalators and the buses have designated spaces for parking strollers. Thanks to this conscientious kid-friendly urban design, Swedes seem to have acquired particularly large and sophisticated strollers for their kids. However, I wonder how they would fit them on the sidewalks in any other location.

One of the great perks of being on leave in Stockholm is that there is an active community of dads in a similar situation thanks to the normalization of paternity leave there. I quickly found that several of my friends were also on leave and aware of various activities geared towards young children. It was therefore easy to fill my days with playgroups and educational activities. I was also impressed with how many museums offer interactive exhibits enabling children to learn and play. 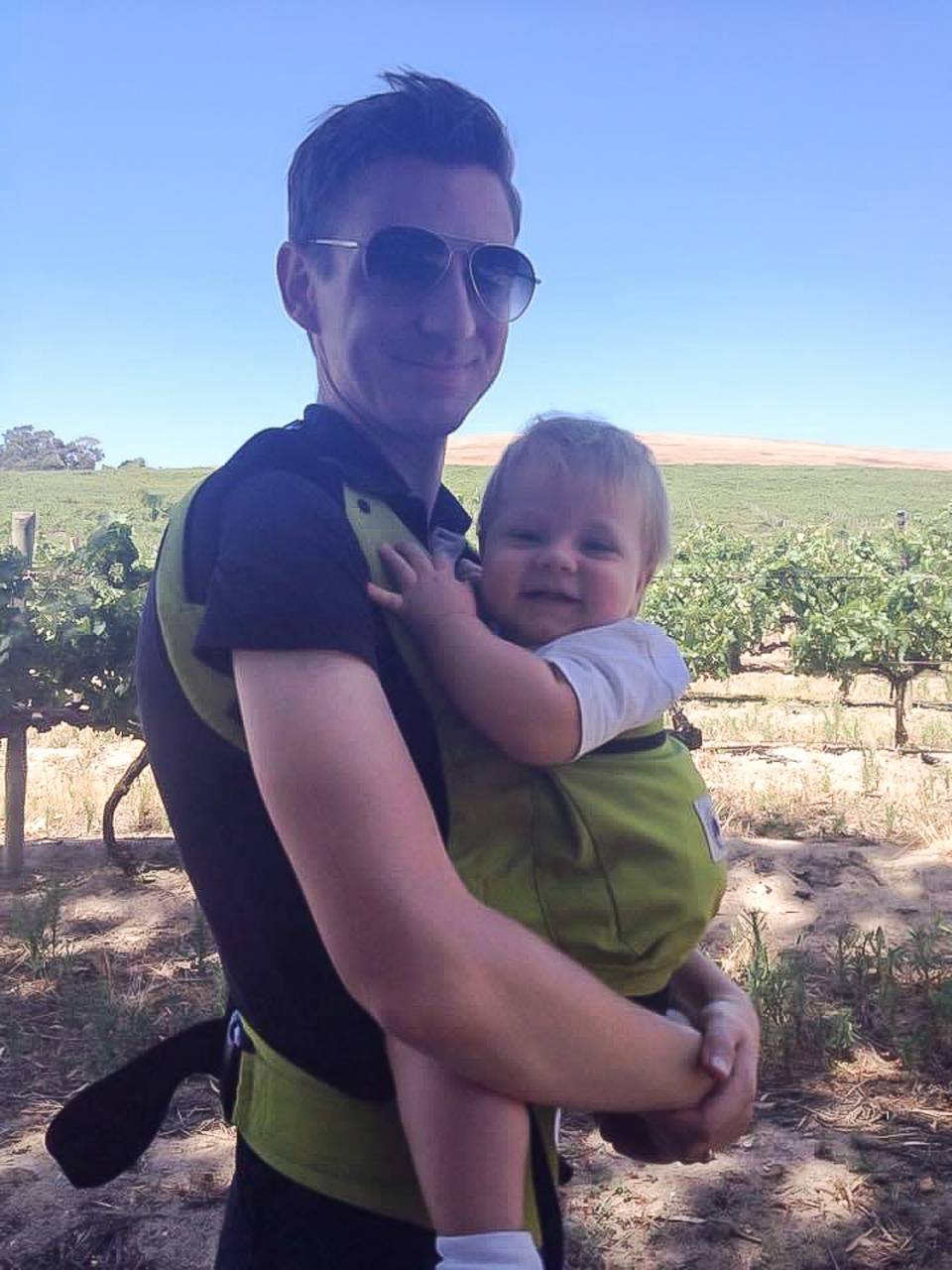 The critical mass of both fathers and mothers on extensive parental leave has fostered the growth of activities satisfying a pent-up demand for shared meaningful experiences engaging both parents and kids. And let’s be honest, many of us were looking for ways to tire our kids out so that we could grab a cappuccino and connect with friends while our offspring were enjoying long naps. For dads in Sweden, it’s not only socially acceptable to take extensive paternity leave, but now even considered odd for guys not to take time off work and spend time with their kids. This is the case even for my friends employed at traditionally male-dominated workplaces, such as in the military and finance.

Meanwhile, in Maputo, maneuvering a stroller turned out to be an adventurous undertaking. Steering away from crater-like potholes and venturing out onto the streets to avoid cars parked on the sidewalk was challenging to say the least.  And, don’t get me started on public transportation which generally consisted of the notorious “my-loves”! Unfortunately, the name has no romantic connotations. Rather, it refers to the need to “embrace” whoever happens to be next to you in the crush of passengers. Not to mention the bumpy streets jolting everyone back and forth. You are basically standing on a flatbed of a truck converted into a makeshift bus. Bringing a stroller onboard was patently not an option!

If I were a run-of-the-mill father in Sweden, I was definitely an eccentric oddity in Mozambique. On a random weekday, I would typically be the only father hanging out with his son in the park. A common question I’d get would be from people who wondered if I hadn’t been able to find a nanny to take care of my kids. The person asking would generally helpfully suggest that one of their relatives would be more than happy to take up that position!

Needless to say, paternity leave was pretty unheard-of in Maputo at the time. When I brought up the subject, I would typically get some rather ironic responses such as: “People here already have lots of kids. Imagine how many children men would want to have if they got to take time off for each one?” Or, ”For this country to develop, we need people to work more, not less!”

As discussed in my last article, the second question only makes sense if we exclusively refer to male employment, as one of the benefits of paternity leave is to enable more women to work. As for the first question, while taking care of your kids is undoubtedly a fulfilling experience in many ways, I think it would also open many dads’ eyes to how much responsibility and work it entails. I doubt that it would necessarily encourage them to have lots of kids.

But with each caustic reaction, I would also get a number of more profound reflections. It was clear that many men felt that they had missed out on parts of the kids’ childhoods and that they should also have the opportunity to bond with them. I found that this was equally true for privileged city-dwellers and those in rural areas in one of the world’s poorest countries.

While Mozambique’s infrastructure can hardly be considered child-friendly, it was counterbalanced by its general family-friendly atmosphere. In some ways, this made some things easier than in Sweden. While Stockholm features lots of child-friendly activities, there seems to be an implicit understanding that families should keep to these places and not wander off to ones more geared towards adults. In Sweden, a restaurant that doesn’t have a set children’s menu will probably let you know that they’re not geared towards kids. However, in Maputo, they will be more than happy to come up with a creative solution. In fact, I often felt that our son was the happiest member of our family in Maputo, not least as he was on a diet of fresh tropical fruits. And if he couldn’t sit still, no one would mind if he would run off into the kitchen and interact with the cooks, behavior that would no doubt lead to death-stares (or worse) in Sweden. 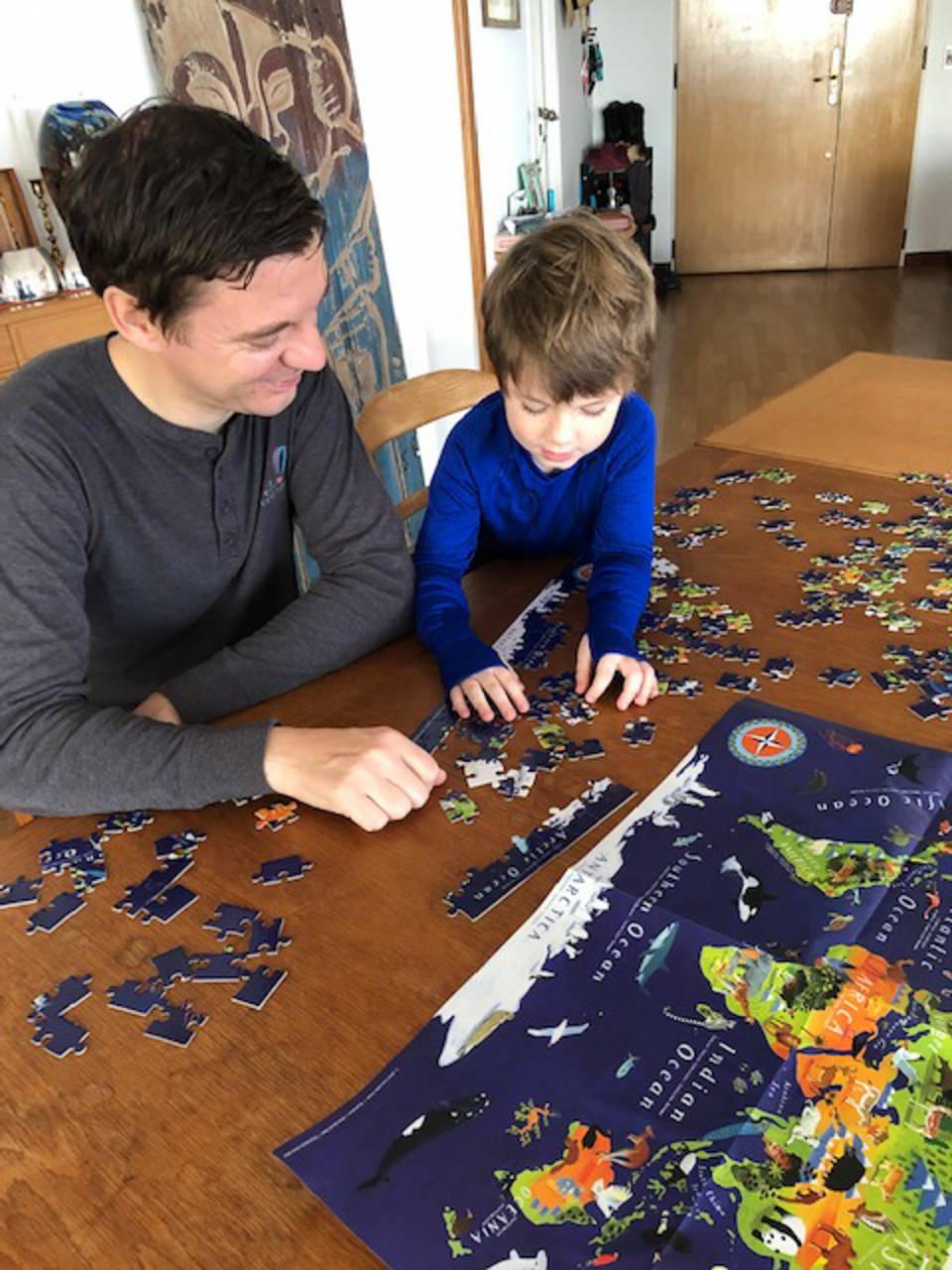 As for many of us, my plans for my second leave were turned upside down by the pandemic. In our case, our year has been dominated by Argentina’s decision to institute one of the world’s longest lockdowns. While the quarantine has now been eased, it has meant that our eldest son has hardly been able to go to school for the whole year. Having to take on homeschooling while taking care of an infant has no doubt had its challenges and (many) frustrations.

In our case, we have still been able to make this work reasonably well. When it comes to homeschooling, it was natural to split up the responsibilities evenly between my wife and I. This speaks to a paternity leave’s main benefits, namely that the bonds it creates from an early age lead fathers to stay more active and present in their kids’ upbringing. In my case, this strong relationship and active involvement in our sons’ lives have been crucial in navigating these turbulent times.

Is Paternity Leave A 6 Month Vacation? One Father Sets The Record Straight 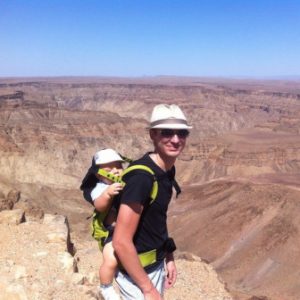 Andreas Perez de Fransius (he, him, his) is a Swedish diplomat with a soft-spot for the Spanish-speaking, francophone and lusophone worlds. A globetrotting bookworm, he is also an aspiring mixologist that is currently working on his barbecue skills while taking care of his kids in Argentina.
All Posts »
Become a member
PrevPreviousRoute 66: An Unofficial Guide To Your Next Road Trip
NextAtlas Books Presents: Christmas Traditions From Around The World!Next

Andreas Perez de Fransius (he, him, his) is a Swedish diplomat with a soft-spot for the Spanish-speaking, francophone and lusophone worlds. A globetrotting bookworm, he is also an aspiring mixologist that is currently working on his barbecue skills while taking care of his kids in Argentina.