As Fall in North America gets into full swing—particularly the United States and Canada—so do the harvest-related activities and celebrations. All the apple-picking and pumpkin-patch-tromping lead to Thanksgiving day celebrations (mid-October in Canada and the fourth Thursday in November in the United States) and these fall festivities are even a popular attraction for tourists from outside North America. Along with the harvest-y celebrations come the inevitable stories and activities meant to teach kids about the history of early colonization and a jovial, albeit glorified, version of the Pilgrim-Indigenous relationship.

This re-telling of that “history” is a myth, as are a lot of the stories we’re told about Native American-settler interactions. And we must consistently reflect and recognize where these narratives might have taken root in ourselves.

It’s in that spirit of this ongoing unlearning/reframing process, this article serves as a resource to find concrete ways to reframe what you’ve learned about Indigenous history and cultures and concrete actions you can take to honor the people and cultures whose lands are currently occupied by people like me, settler-colonizers.

These are tips that I hope you’ll carry with you at home, during your travels, and in the way you see the world. 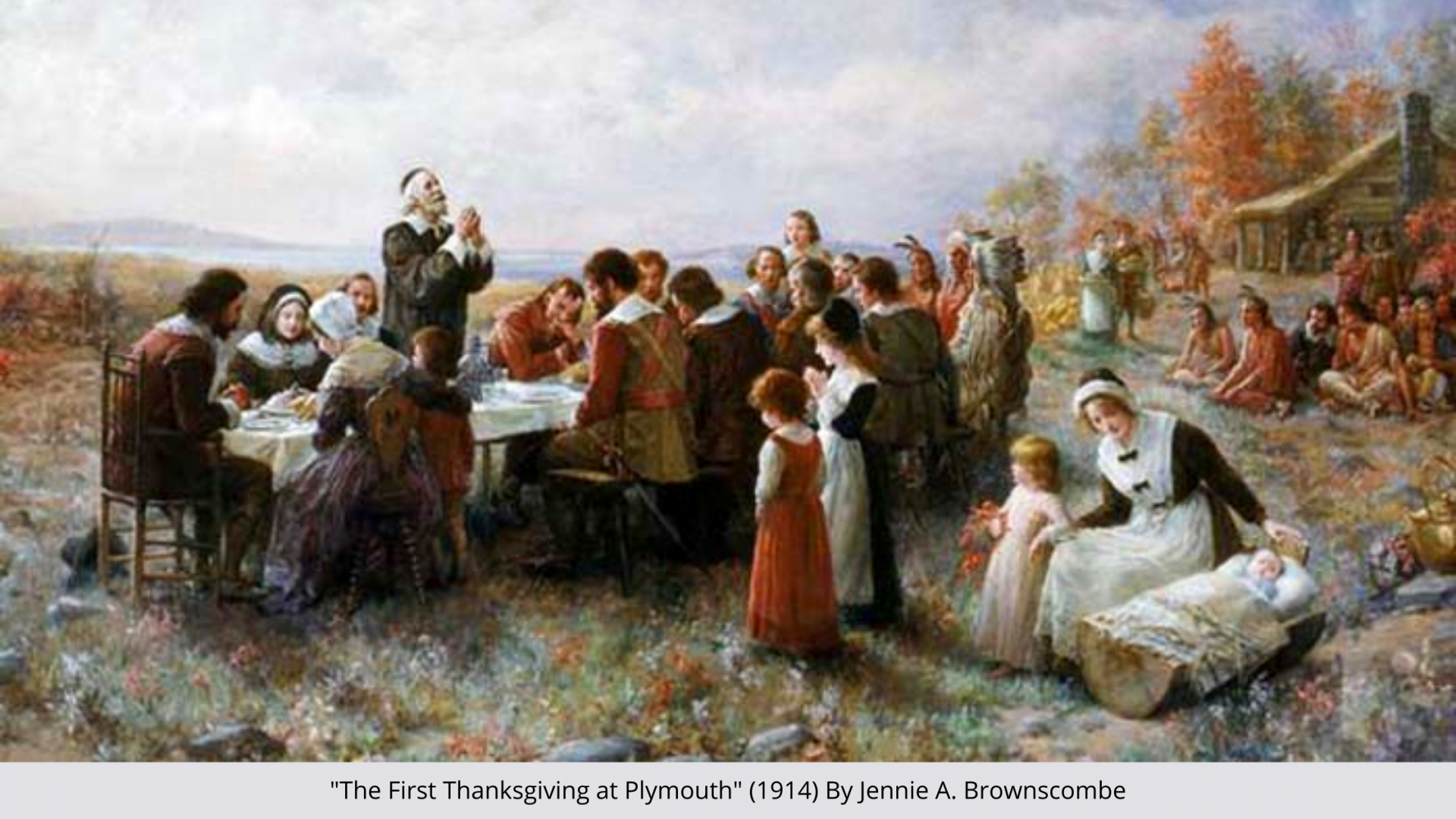 Growing up, I (along with most kids in school in the United States) learned a simplified, idyllic story about the first Thanksgiving. This story painted a harmonious picture of a feast celebrating how Native Americans helped European settlers adapt to their new home. In classrooms across the United States, kids participate in pageants and create art projects depicting this friendly gathering with a plump turkey at the center. But, like so much of idealized history, this story is shockingly inaccurate. This fabricated version essentially erases the people at the heart of the story, The Wampanoag people, who by the point of the “first Thanksgiving,” had already endured a century of violence and displacement perpetrated by European settlers.

What’s more, said author and historian, David Silverman, in this interview with The Smithsonian Magazine, “the Thanksgiving myth doesn’t address the deterioration of this relationship culminating in one of the most horrific colonial Indian wars on record, King Philip’s War, and also doesn’t address Wampanoag survival and adaptation over the centuries, which is why they’re [The Wampanoag people] still here, despite the odds.” (You can read Silverman’s full history of the first Thanksgiving from the perspective of Wampanoag people in his book This Land is Their Land: The Wampanoag Indians, Plymouth Colony, and the Troubled History of Thanksgiving).

Changing the Way We Celebrate Thanksgiving

It’s true that Thanksgiving in North America has largely evolved beyond the story of the first Thanksgiving itself and become an opportunity to spend time with family and friends in gratitude. For that reason, it has always been my favorite holiday. But for many Indigenous people in North America, the way Thanksgiving is told is a reminder of the painful settler-colonizer history and the modern day erasure of Native American and First Nations experiences.

This Thanksgiving and Fall harvest season is a great starting point to not only understand and reframe the narrative we’ve grown up learning, but also to celebrate differently. Chef Sean Sherman, CEO of The Sioux Chef wrote in this TIME article about how, instead of abandoning the holiday altogether, he has changed the way he celebrates. Non-Native people can do this too.

Here are some ways to celebrate Thanksgiving differently this year:

1) Start unlearning what you know about Indigenous history 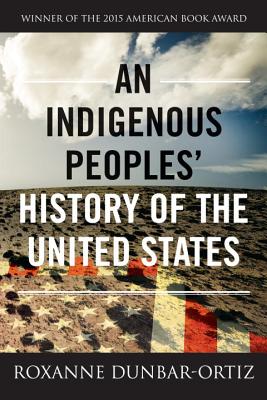 There are some incredible resources out there to get you started. One way to begin is reading An Indigenous People’s History of the United States by Roxane Dunbar-Ortiz. The book was personally very transformative for me by completely reframing the history I learned growing up. (Tip for US-based folks: many public libraries are offering the audiobook for “no-wait holds”—I listened to the book, but ended up buying the hard copy to pause and underline quite a few sections I wanted to come back to).

Learning alongside our kids is also a valuable way to unlearn and reframe the history we were taught. Here are some resources to help do that:

2) Acknowledge whose land you’re on

Wherever you live or visit in North America, you’re on stolen Indigenous land. Learn about the history of the Native people that lived on and stewarded land before European settlers arrived as well as the current culture and experiences of Native people whose ancestral land you’re on.

Check out our article on land acknowledgement with resources to help you learn about the Native nations and people who lived on the land you’re on.

There is so much rich history in the original foods of North America. But a lot of foods indigenous to the continent have either been absorbed into the melting pot of ingredients brought to the U.S. or have been cast aside. In fact, Indigenous food sovereignty is a growing movement in North America to take back control of Native food systems. Additionally, chefs like Sean Sherman are helping to create a revival of Native cuisine, and with it, educating eaters about true Indigenous foods.

“No matter where you are in North America, you are on indigenous land,” Sherman wrote in his TIME article about Thanksgiving. “And so on this holiday, and any day really, I urge people to explore a deeper connection to what are called ‘American’ foods by understanding true Native-American histories, and begin using what grows naturally around us, and to support Native-American growers. There is no need to make Thanksgiving about a false past. It is so much better when it celebrates the beauty of the present.”

These cookbooks are a great start to learning about and creating a Thanksgiving menu through an Indigenous lens:

For robust and nuanced perspectives on Native food, check out the Toasted Sisters podcast.

Indigenous people live and thrive all over the world. Worldwide European colonialism has marginalized many of these people. Despite that, Indigenous people live, thrive, and resist everywhere. Learn about movements around the world at the Global Oneness Project and through Land Rights Now. 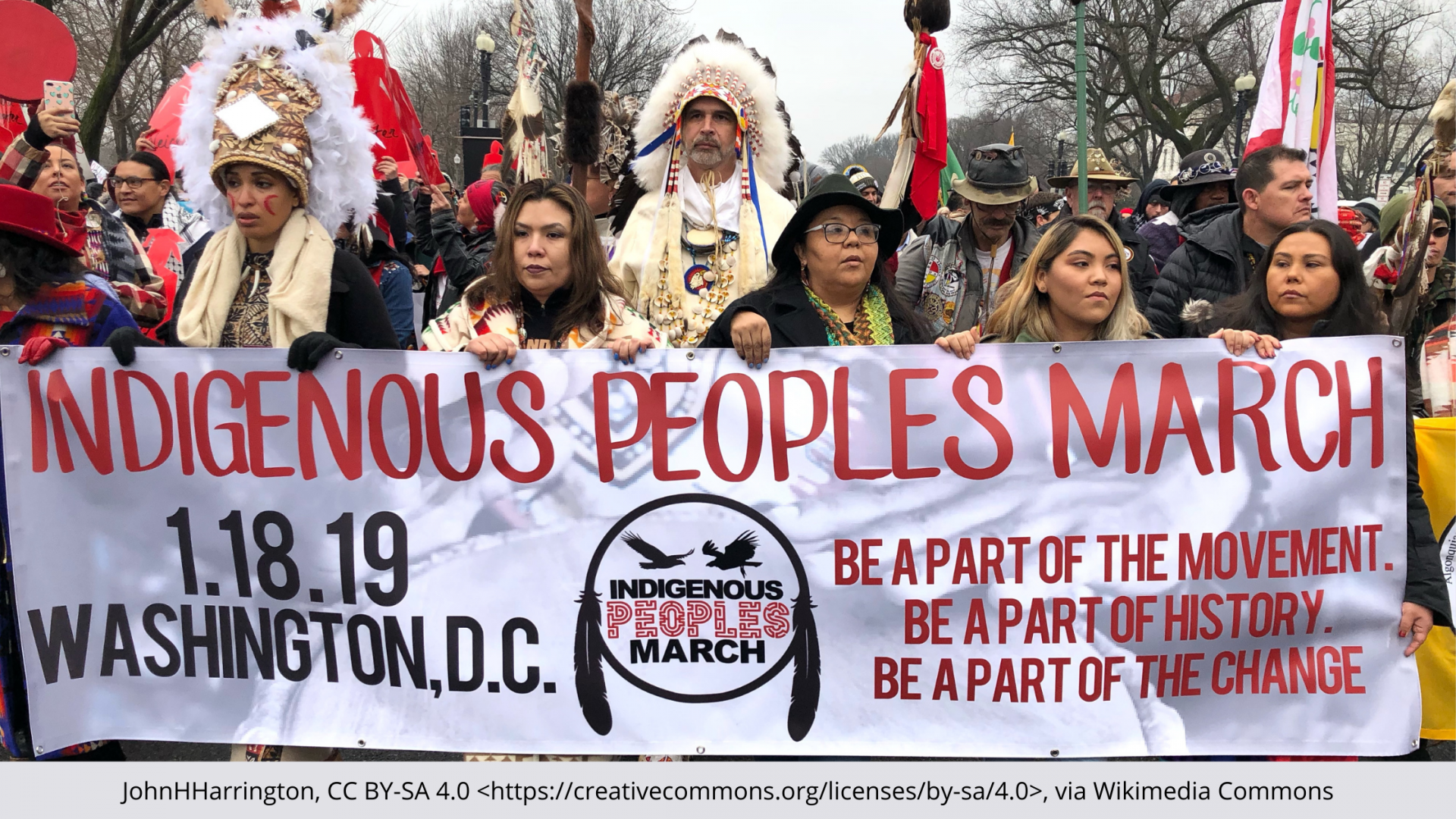 This post serves mostly as a starting-point for reflection. But to make this reflective process meaningful, it should be followed up by subsequent actions. While this could absolutely include ensuring true Indigenous history is a part of your child’s education and in your household, it also means extending these lessons outward beyond the Thanksgiving table.

In a follow-up post, we will offer information and suggestions around land acknowledgement as well as how to support organizations and groups doing work to advocate on behalf of Native people, communities, and land.