Skip to content
Welcome To Bébé Voyage
Jeanine: On Long Distance Travel with Two Little Ones and a Thumbs Up for Singapore Airlines

Jeanine: On Long Distance Travel with Two Little Ones and a Thumbs Up for Singapore Airlines

What we love about Club Bébé Voyage is how international our community is. No one embodies that better than member Jeanine who is Uruguayan, Australian, and German, with a French husband living in Paris, France. That makes her kids true citizens of the world! She recently traveled from Paris to Australia with her little ones to visit family. Check out how she survived such a long journey with two little ones.

I am Uruguayan, Australian and German. My husband is French.

Paris to Sydney (and back :)), with a two and half-hour stop over in Singapore both ways, which wasn’t that bad.

What mode of transportation did you take?

Plane (plus taxis to and from the airport in Paris)

Singapore Airlines and yes. The crew was very friendly and always had a little gift for the kids – some plush toys / bibs for Oscar, and little pencils and rubbers for Juliette. We had a bassinet on all the flights and they washed our bottles happily when we asked.

The length. Twenty five hours and that’s just the flights, including the layover in Singapore each way! Oh and I was dealing with a case of gastroenteritis on the way to Sydney, fun times…

Having well behaved kids. We were afraid we would get hate looks if they cried a lot / had melt downs, but luckily our little ones handled the trip very well.

What is the best tip you have for fellow traveling parents?

I didn’t follow the 80 / 20 rule during the actual trip, as it was so long. I found total flexibility worked best in our case. We fed them when they were hungry, let them sleep when they wanted (or not, my eldest watched Frozen three times — she was so excited), and worked on getting them back into their routine when we arrived at our destination. This would be my advice. The tough reality is that a 10-hour time difference will take time to overcome — if you don’t accept this in advance, you’re in for a rude shock. Obviously it makes getting over your own jet lag a challenge, but these little people are more adaptable than you may think. We found it was easier for our big girl who, from the second night was sleeping through until 6am (10 days later until 7:30am), but even our little guy came around within a few days (though it also took him about 10 days to get back to a 7:30am wake up). Get help if you can, so you can catch some z’s yourself, especially if you’ve had a few 4:30am wake ups calls 🙂

What is your favorite travel app/ item/ accessory?

I had purchased a lot of activities for my daughter to do on the plane from Hema toys(cheap and so great!) to stickers, but ended up never using them. Once Juliette saw the TV, the stickers were a distant second. So we decided to make a big exception and let her watch as much TV as she wanted.

For my baby, I found the swaddle blanket very useful. I used it to cover his eyes when there was too much light or activity for him to be able to fall asleep!

Anything else we should know?
We stayed in Sydney for a total of 3 weeks. I think this was the minimum amount of time required to be able to enjoy at such a distance and with so many hours of jet lag to overcome. Truth be told, our trip was made a lot easier by the fact that we have family there who practically reconstituted a second home for us, so there were a bunch of things we didn’t have to bring. For those who do not have that luxury, I would perhaps suggest looking into rentals.

PrevPreviousMy Four Big Travel With Baby Mistakes – Don’t Let This Happen To You
NextStephanie: On Traveling on a Budget Across the Atlantic and Staying RelaxedNext 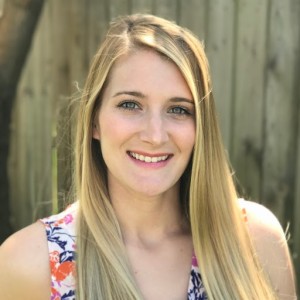 The guidelines on the Coronavirus (2019-nCoV) change daily; here we share the latest news from governments worldwide, along…
Learn More

Brexit: Latest News About The...

This guide will help travelers understand how Brexit affects their itineraries, and offers advice on how to plan…
Learn More

How To Create Less Waste...

Using eco-friendly, reusable products when your family travels will reduce your environmental footprint and keep your destination beautiful.…
Learn More

Given the recent concerns about the Coronavirus outbreak and travel safety, we have created this quick guide for…
Learn More

A Photographer's Guide to Taking...

Expert advice from a photographer on how to take a toddler’s passport photo at home.
Learn More

Top Tips for Traveling to...

When we would mention our upcoming vacation to Peru to coworkers, friends, and family, there were generally two reactions:…
Learn More

Should you or should you not spend the extra cash to buy your infants under 2’s plane seat?…
Learn More

The Ultimate Guide On How...

Expats, adoptive parents, and others often need to get paperwork, passports, residency cards, and visas organized within the…
Learn More
PrevPreviousbébé voyage’s 2015 Year in Review
NextStephanie: On Traveling on a Budget Across the Atlantic and Staying RelaxedNext

Be The First To Know

Want to be part of the club?

Be The First
To Know