We all dream of living abroad at least once in our life, but what does the expat life actually look like? Elizabeth Newcamp shares her family’s experience living in the city known for its beautiful blue pottery, surrounded by canals. Welcome to Delft, Netherlands.

A. I have an amazing husband, Jeff, and three little boys Henry (8), Oliver (6), and Teddy  (4). Our oldest son has autoimmune encephalitis, which means everything is just a bit more complicated! We have to plan ahead for meals as he is on a modified diet to reduce swelling and sometimes he suffers from anxiety attacks and other behavioral issues. The middle son is very shy and prefers to be with us as much as possible. The youngest is basically up for anything.

We lived in the Netherlands for three years before moving to the Panhandle of Florida and we are getting ready to move again this spring!

Q. When and why did you move to Delft.

A. We move for Jeff’s job. He moved to the Netherlands to complete his Ph.D. in Aerodynamics at T.U.Delft. We considered a number of Universities for his program, but T.U.Delft gave us the chance to be on mainland Europe, which was an amazing launching point for travel.

We were also excited about the Dutch lifestyle. The town of Delft offered us a small-town feel, but was close to Rotterdam and on the main train line to Amsterdam. Delft was the best of both worlds.

We moved to Florida when his Ph.D. was complete for a follow-up job and are moving again (we think to Colorado Springs, although we are never quite sure) this spring. 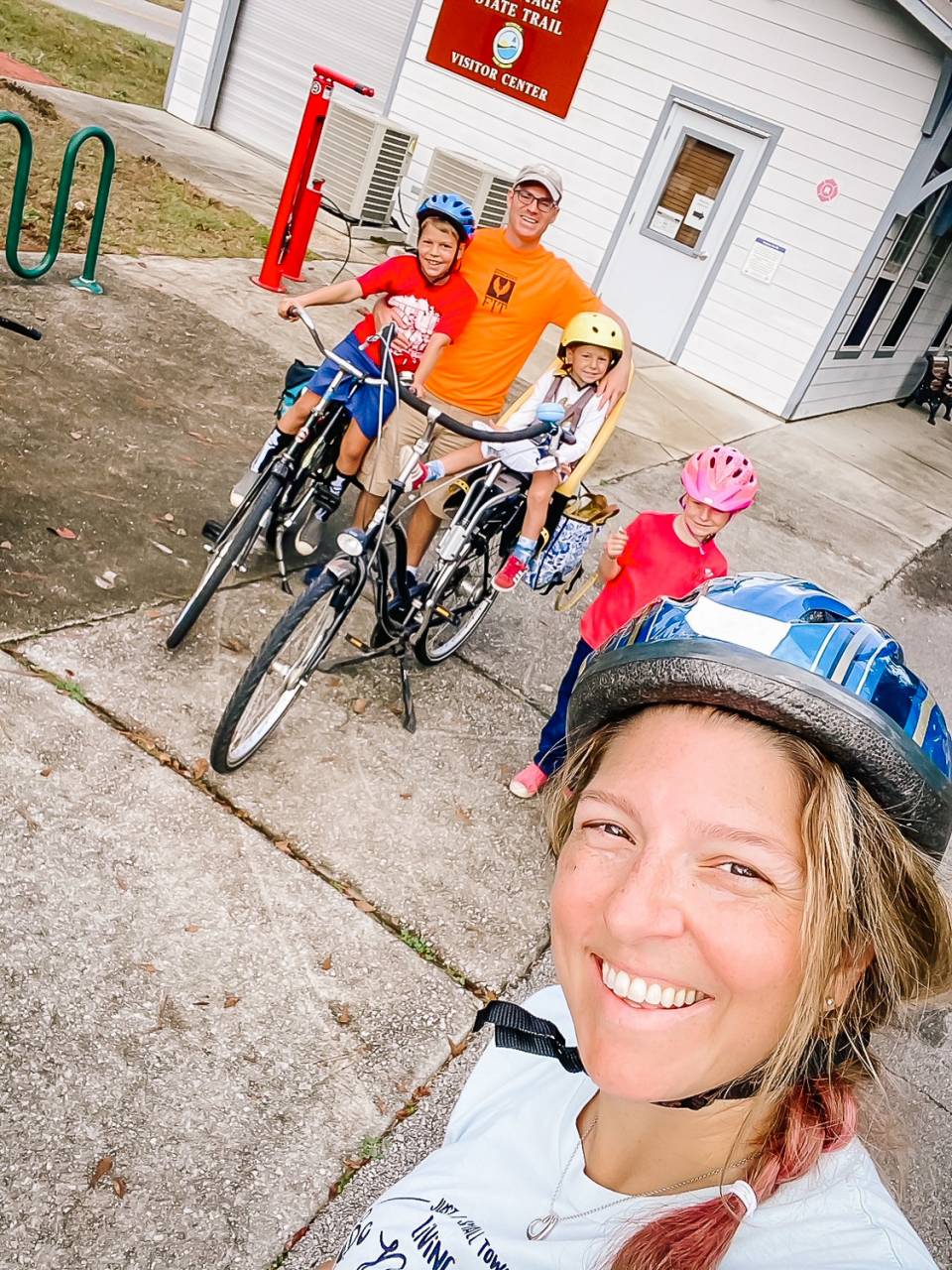 Q. What is your favorite thing about living in the Netherlands?

A. I loved the pace of life in the Netherlands. Everything was just a bit slower and more family-oriented. (That is not to say that it was perfect.) Although we had a car, we rarely used it. Our daily life was completely bikeable and we mostly took public transport for our outings.

My husband would bike the kids to school on his way to work. Many of the parents headed into the city would bike from the school together chatting along the way. I would bike into town with the baby a bit later and run our errands for the day. I would shop at the market or go to the farm for our fresh dairy. Most days I would meet up with friends for a coffee at a cafe before heading back to school to pick the kids up for lunch.

Q. How do you find the lifestyle in the Netherlands?

A. We loved the Dutch lifestyle! As mentioned above things were just a bit more relaxed. The Dutch are super-efficient when they are at work and appreciate their leisure time. In general, they don’t work late unless they have to, so we had lots of family time.

Despite the less than optimal weather, the Dutch spend a lot of time outside. We also really loved this. Biking in the rain and snow became second nature. We laughed a lot about it, but also really grew to love it.

A huge perk was never having to worry about drinking and driving! We could enjoy a drink at a friend’s house or in town and easily bike or walk home. It just made everything feel so much more relaxed. Plus you never had to worry about parking as there is always room for one more bike!

Q. Did you manage to adapt to daily life easily?

A. We moved to the Netherlands knowing it was going to be a change and knowing that the best way was to adapt and trying to do things the Dutch way as much as possible.

We bought bikes as soon as we arrived in the Delft, in fact, we bought them while we were still living in a hotel. That one move made us adjust to being dutch.  Our car didn’t arrive from the states for a month, so we got used to biking everywhere and setting up our life within biking distance.

Putting the kids in Dutch school also helped us adjust. It was a hard choice as no one in my family spoke Dutch, but it opened up the language and culture to the kids.

Instead of focusing on how things were done in the U.S., I really tried to enjoy the way they were done in the Netherlands. Being open about new experiences allowed us to laugh about the hard moments, but also turned out to be the key to acclimating fast.

I think the other big thing is to be ok with laughing at the awkwardness. As we made Dutch friends we often were sort of lost with the quick pace and language of the conversation or even with the cultural norms. We had to get used to the triple kiss greeting and how to end a conversation abruptly. There were so many awkward moments that I laughed at in the moment and continue to laugh about today. 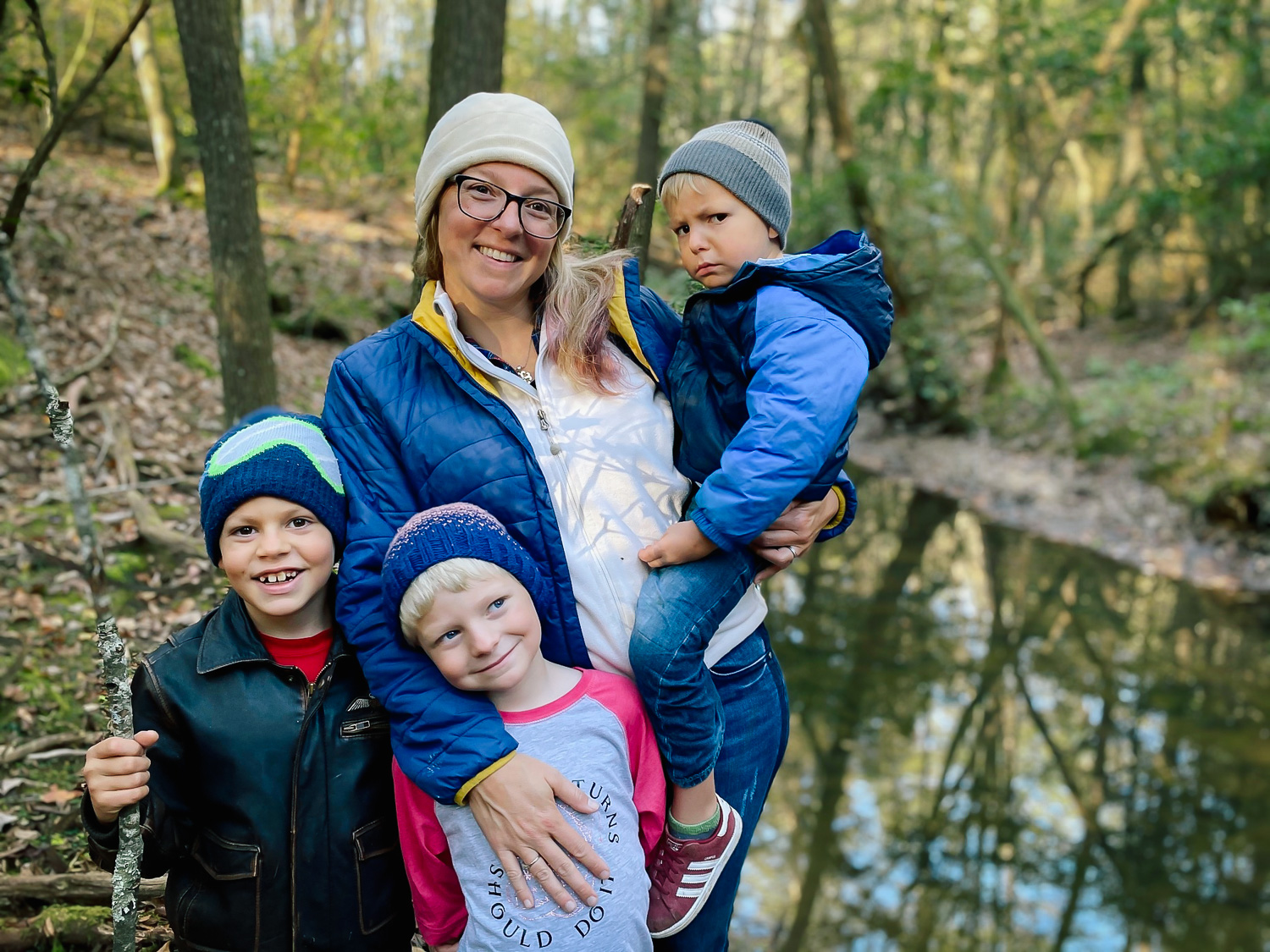 Q.  How did the kid/s find living in a new place and culture?

A. Kids take their cues from their parents. Jeff and I tried to be overly positive about everything. Even when we had frustrations we were open about them, but also about how we were growing and that was exciting. That set us off on the right foot.

Once we got settled and the kids were in school they started to teach us. There were some tears as we started school. I can’t even imagine as they didn’t speak the language and we were leaving them! They made friends & started speaking Dutch so quickly though that we almost don’t even remember those teary days! (Luckily the kids always got to come home for Lunch. It was a great time to check in about their day.)

Q. What do you miss most about your home country?

A. When we were in the Netherlands we missed how easy it is to make friends in the United States. The Dutch can be very private. They all speak many languages but Dutch is the language of the heart. It took a while for us to really make Dutch friends.

We did make some ex-pat friends though a bit quicker. Those friends could share our experience of being the outsider. It is so important though that the ex-pat friends you make are positive about your new country. They set the tone for our interactions and those words they speak will burry into your soul. My expat friends were there to laugh with me about things we found strange but also encourage me to go give it another try.

Q. What are the biggest challenges you face whilst living in the Netherlands?

A. The largest challenges were the weather and the language. The weather is cloudy and rainy and damp. The antidote is just to get out in it anyway and enjoy the fresh air. To wear your rain suit and peel it off inside a warm cafe with friends. This was just completely foreign coming from a part of the U.S. where you just hop in your car. Ironically it is now the thing I miss from the Netherlands!

The Language was also just tough. Dutch is a tough language and I am just not that gifted in language. I’m so thankful my kids picked it up, but it was a challenge for me. I still went to the market and tried my best, even with the lady at the bread stall made me ask over and over till I got it right. The Dutch are very straightforward and I eventually came to understand she was giving me her time so that I could at the very least count in Dutch!

Q. If you could move to Delft again what would you do differently?

A. Nothing! Just kidding. Although we did just love living there.

If we were moving there again I would work harder to pick up the language. I would get a tutor and really lean into speaking as much Dutch as I could. The language was always the barrier I felt like I couldn’t overcome. It would have opened more doors to doing things in the Netherlands (like shows and events) and also would have helped us make Dutch friends faster.

Q. Can you give some useful tips to families who are looking to move to Delft, Netherlands?

A. Get Bikes. No matter what, get bikes. If you don’t have a bike you will just be left out of that part of their culture. If you have kids, get a cargo bike or bike seats. Even if you are just visiting make sure you rent bikes. It can be super scary when you first ride there, but looking back you will just feel like it is second nature.

Q. Would you move back to your home country? Why?

A. Our move back to the United States was rough! We missed so much about Delft and kept comparing our life there to our new life back in the United States. When you live abroad you all of a sudden have an experience that very few other people can relate to. It makes you an outsider in your own home country. While you have been abroad having new experiences, time has marched on in your home country without you as well. It is like when you see a child you haven’t seen in a while and you see their growth so clearly. We got back to the United States and it had changed so much while we were gone, we almost didn’t recognize it.

Eventually, we started to settle back in by making friends who loved to travel and had a broader worldview. We also tried to embrace one of the things that we love about the U.S. – nature! We leaned into exploring the amazing landscapes of the U.S. and the bountiful outdoor pursuits.

Q. What do you miss about living abroad?

A. Honestly, it is the adventure. Everything felt new and exciting. Even going to the market was fun and different. We’ve known plenty of ex-pats here in the United States that felt the same way about the USA. It is just so fun to see how many similarities and differences there are in cultures and people on this planet.

Also, I miss my friends. That is the largest bummer of the life we lead. I’m always leaving someone who changed my life behind.

You may also like these articles from Bébé Voyage!

Marley (They/Them/Their) is the Editor-in-Chief for Bébé Voyage. Marley is an avid traveler, food lover and parent to one kiddo. They hold a BA in English Literature and a Diploma in Freelance and Feature Writing with the London School of Journalism. You can find out more about Marley at www.mconte.com
All Posts »
Become a member
PrevPreviousMompreneur Presents: Yolanda Felton, Founder Of Eat Drink Travel Mom And Children’s Book Author!
NextDo You Have A Child With A Hidden Disability? These 3 Programs Are Helping Families Navigate The Airport To Make Travel A Little Bit EasierNext