Community > LGBTQ+ > Pride Month: Traditions From Around The World!

Pride Month: Traditions From Around The World!

Pride month is here! So, dust off your rainbow flags, douse yourself in glitter, and get ready to join the fun, but don’t forget that Pride is so much more than parades and festivals! Want to know more?…than read on! 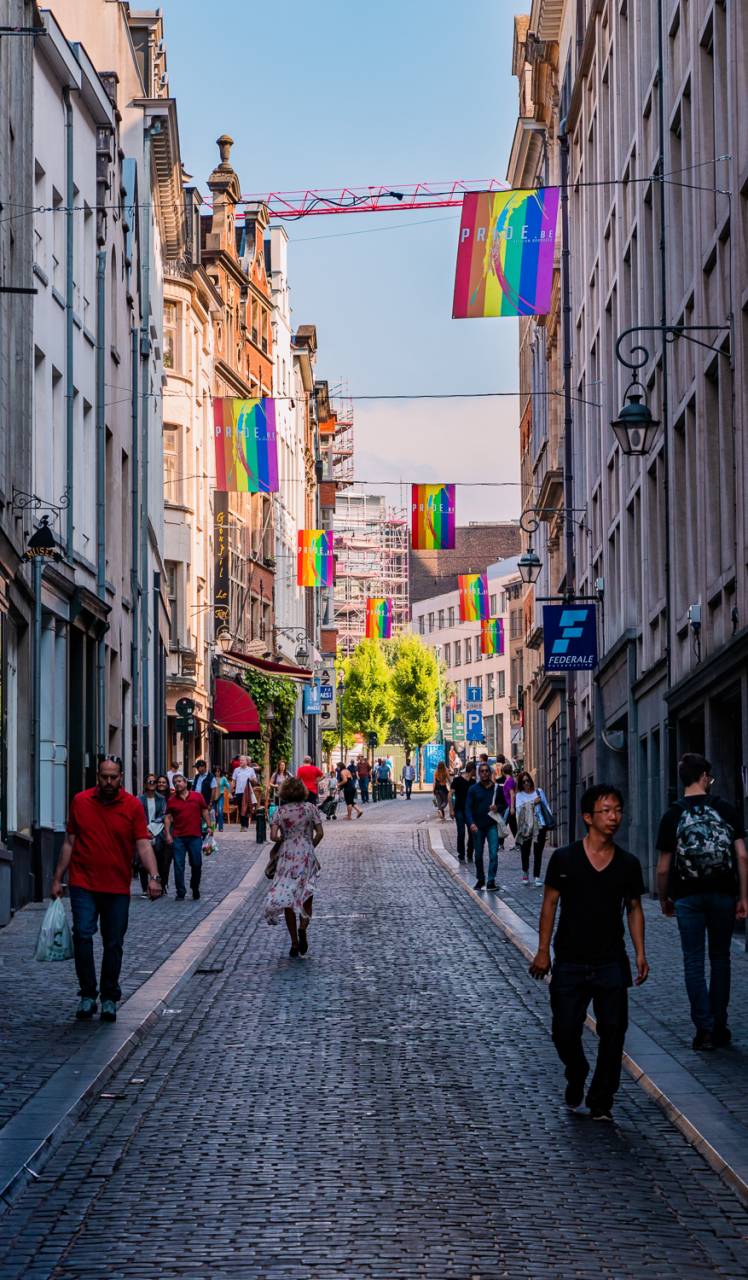 Everyone has heard the phrase: the first Pride was a riot, referring to the Stonewall Riots that happened on June 28, 1969. Although a pivotal moment in the gay rights movement, it was not the first time that LGBTQ+ folks took a stand against police harassment and fought for their rights. Riots were actually happening across the US, with Cooper Do-Nuts and the Black Tavern in LA and Compton’s Cafeteria in San Francisco amongst them, well before Stonewall.

The history of Pride, in fact, cannot be pinpointed to one single moment in time as it is so much more than just one night and one location. It’s about protests and activism happening across the US since at least the 1950s. It’s about QTPOC like Marsha P. Johnson,  Sylvia Rivera, and Stornmé DeLarverie organising sit-ins and shelter for other trans. It’s about lesbians taking care of HIV patients when doctors were too scared to do it. Stonewall was the catalyst of a movement that was already on its way to change things.

Stonewall Inn opened in 1967 as a ‘private’ gay club with no liquor licence, as at the time it was illegal to serve alcohol in disorderly environments. As you might have guessed, gay patrons were counted as disorderly.

Police raids on gay clubs, with the excuse of alcohol being served unlawfully, were simply commonplace back then, with arresting of patrons, padlocking of doors, and impounding of alcohol.

On June 28, 1969, during one of those raids, things did not go quite as planned for the police.

The police stormed the Inn and started confiscating alcohol and rounding patrons outside to wait for police vehicles, which took longer than expected to arrive. A nearby crowd of bystanders and released patrons grew restless and angry until someone threw the first punch which started a six-night confrontation.

The following year, on the anniversary of the riots, the first commemorative Pride parade took place in New York City.

In 2016, the area surrounding the Stonewall Inn was designated as a National Monument, becoming the first historical landmark to commemorate LGBTQ+ history.

Look around during the month of June and you will see rainbow flags pretty much everywhere, but do you know the history and meaning behind the flag?

“The only thing they have to look forward to is hope. And you have to give them hope.” (H. Milk)

Back in 1978 Harvey Milk, the first openly gay member of the San Francisco Board of Supervisors, challenged queer artist Gilbert Baker to create a symbol of hope and pride for the gay community as an alternative to the pink triangle, which was once imposed by Nazis to identify homosexuals and then reclaimed by the LGBTQ+ community in the ’70s as a symbol against persecution.

Baker went to work and with the help of some volunteers dyed and stitched together the first rainbow flag. The original flag dates back to 1978 and it initially counted eight stripes

Eventually, the hot pink was dropped as the pigment was difficult to source and made the design too costly.  The turquoise was dropped as well, so that the flag would be more symmetrical when it was hung.

Why do we still need Pride?

I would argue that if you are asking yourself why we still celebrate Pride month than that is the most obvious reason why we do!

Although there is much cause for celebration, we are still far from equality. Simply think of the 70+ countries where homosexuality is still a crime, the surge in anti-trans violence, especially against QTPOC, and the enormous number of anti-trans legislation that are passed daily by governments around the world. 2021 has been a record-breaking year for the US alone with the introduction of 100+ new anti-trans bills. Think about how conversion therapy is still illegal, the fear and shame that is often associated with queer life, the stigma and discrimination we continue to experience in the media and social media. Think about healthcare inequalities, including delays and bans on lifesaving treatments/surgeries for trans folks. I could go on; the list is far from over.

Pride month is not only a celebration, it’s taking a stand, it’s fighting for equal rights. It’s a way to say we are here, we have always been here and we are not going anywhere, it is time you listen to us. We still need Pride because we are still not safe nor respected because we still need to fight to be accepted for who we are.

It’s like a switch, Pride month is here and suddenly the rainbow flags are everywhere. Just google the words Pride month and your screen will get covered by a shower of flags and confetti. It’s honestly a little unsettling to see how the big brands have turned Pride into a branded holiday. Sure, we all want to spread awareness and support for our community but raising a flag, displaying a nice message, and launching a limited-edition line for one month of the year is most definitely not the way to do it.

True allyship is constant and consistent work that takes time and effort and lasts more than one month. So, if you truly want to help, here are some ways to go about it:

Pride around the world

Pride month is a worldwide celebration with parades, festivals, concerts, and events taking place in cities across the globe.

Whilst some parades might not take place or might have been moved later in the year because of the Covid pandemic, you are bound to find some events running near you.

Motherhood, Bisexuality, And The Fear Of Coming Out As A Bisexual Mom

Marley (They/Them/Their) is the Editor-in-Chief for Bébé Voyage. Marley is an avid traveler, food lover and parent to one kiddo. They hold a BA in English Literature and a Diploma in Freelance and Feature Writing with the London School of Journalism. You can find out more about Marley at www.mconte.com
All Posts »
Become a member
PrevPreviousThe Best Athleisure Travel Outfits For Maternity And Toddler Chasing
NextSkySquad Founder And Momprenuer, Julie Melnick, Shares Her Travel Tips And How To Find A Work and Family Life Balance!Next