Skip to content
Welcome To Bébé Voyage
Shame On You JetBlue

Shame On You JetBlue

When one thing after another goes wrong when traveling with baby in tow and the airline does nothing about it.

I have the distinct memory that when JetBlue Airways first started, it was perceived as a friendlier alternative to the big commercial and less personal airlines. I remember everyone raving about the low cost airline that somehow gave the customer more for its money.

I hadn’t flown the airline in a long time, but when I booked a flight from JFK to Chicago O’Hare with them on Thursday March 24th (Flight #105), I was looking forward to traveling on what I remembered being an airline known for its customer service. Plus, given that I run Club Bébé Voyage, a community of traveling parents, where I’m constantly hearing about airline experience with baby in tow, I was particularly interested to see how flying with them would be with my two-year-old.

Unfortunately for everyone, yesterday’s normally short and easy domestic US flight, was the hardest I’ve ever done with my little one. And he’s been on a lot of flights, many much longer than this.

The problem started with what seemed like a routine 40-minute delay. The flight we were boarding was delayed coming in from Chicago. Why? I never found out, but that wasn’t too alarming to me at that point. Plus, we’d arrived just in time to catch our flight, so to wait a bit wasn’t really a problem for us. My son, who’d skipped his nap in order to catch this flight, was running around the airport a lot (over stimulated). I was relying on the goodness of strangers to watch my stuff so that I could catch him.

The flight was supposed to depart at 3:22pm and they were now saying we would depart at 4pm. When we saw the passengers disembark from the flight coming in at 3:40pm, it was clear we wouldn’t be leaving at 4, but at least we knew what was happening. Or, so we thought.

When the aircraft had finally been emptied and cleaned and ready to board at around 4pm, the man at the gate announced that the plane was “broken” and that we would have to change gates. When we got to the new gate, the ordeal we’d just gone through was about to start again. We waited for the next flight to come in, for passengers to disembark, and for the plane to get cleaned before we could board.

My son, who, bless him, was still in a great mood, kept running away from me, and I was still relying on the good will of strangers to keep on eye on my stuff. Little did I know how much I’d actually bond with these strangers! At around 4:40pm, my son who, like us, was wondering why we weren’t getting on the plane, kept running down the walkway to get on the plane. When we were finally able to board, we were the first to walk on the plane.

The plane boarded quickly, but half an hour in, after the pilot had made the announcement of our flight journey, still no sign of moving. Finally we were told that some guy had accidentally boarded our plane thinking we were going to Fort Lauderdale, not Chicago. Because of this, and, we all assumed in the wake of the attacks in Brussels, they were getting a security agent to come on board to give the ok for us to depart. A good 15 minutes later, we were told we could depart.

Then five minutes later, we were given the news that we would all have to deplane and take all of our stuff with us for an indeterminate amount of time. That’s when people really started to yell. Travelers were of course furious, but many were also feeling very uncomfortable. How come JetBlue told us we were ok to take off and then a few minutes later, we were told to deplane? Did they have any idea of what was actually going on?

I had to repack all of my sons activity books, get him dressed again and march off the plane without any knowledge of when we were actually leaving, if at all. Somehow my son was still in a great mood, but now really pushing the limits of the overexcited / overtired toddler mood. He was running around, laughing hysterically one minute, and then whining because we couldn’t get back on the plane.

After 20 minutes, we were told that the security check was clear. However, because a JetBlue flight attendant had decided to walk away from the job (no comment), they were waiting for a new one. The new one did show up pretty promptly, about 10 minutes later, but for some reason, we still had to wait before boarding.

At this point, my son ran back down the walkway and when I ran to go get him, a Jet Blue employee by the name of Roy Rosario yelled, “Mam, keep your son under control.” Blood boiled inside of me, I scoffed back “Oh, don’t give me that.”

Later, when we were back at the gate and I saw him come back through the door, I asked for his name. He then took my boarding pass threatening to report me. While he was looking at my boarding pass, other appalled passengers defended me exclaiming that my son was just two and that we were now nearly four hours delayed. Of course, a two-year-old would be difficult to control under these difficult circumstances. Luckily, Mr. Rosario returned my boarding pass without reporting me, but I remain outraged  by his lack of sympathy for our situation.

We finally boarded, again… well after 7pm. Passengers boarded fearfully not knowing if this actually meant we were leaving or not. Plus, we’d heard there was a storm in Chicago. Were we flying into bad weather and going to have to make an emergency landing in Detroit?

The crew did all they could to muster smiles, but we, the passengers, were well beyond returning the smile. All the passengers wanted at this point was a free drink. Do you want to know what their compensation was? Free TV and free headsets. Enough said, honestly.

We did land in Chicago in the end, 4.5 hours late. My son fell asleep on my lap for the flight, but upon landing woke up a wreck, it broke my heart.

I’m a frequent traveler. I understand that there’s an X factor when traveling. When traveling alone with little ones, it sucks (a lot), but it happens.  My shock is at how JetBlue handled it when the real problem came from their mistake of letting a wrong passenger on the plane. The lack of communication, virtually no compensation, and getting harassed by an employee are beyond my understanding.

Never ever again. Seriously JetBlue, shame on you.

We hope you enjoyed this article… and since you made it all the way to the end, we suspect that it gave you something of value. Creating this type of high quality, authentic content takes a lot of work. In fact, we have a whole team that runs Bébé Voyage. Right now, they are all volunteers, but we would love to be able to start paying them. Here’s one way that you can help…

Planning a trip with your family? When you book your trip on Expedia or your accommodations on Booking.com, not only do you get great deals, but you’re also helping out Bébé Voyage, at no extra cost to you. If you click on Expedia or Booking.com links on the Bébé Voyage website, they see that we’re sending them traffic and as a thank you they send us a small commission. We very much appreciate it! This is how we can keep bringing you more great content for free. 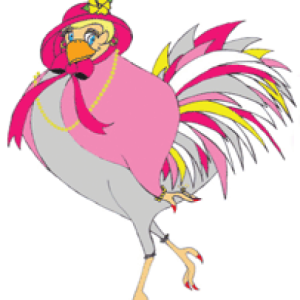 We gain so much from exploring this amazing planet with our children. We broaden our horizons with a…
Learn More

UrbanSitter--An App Connecting You To...

Day 20: Bébé Voyage Advent Calendar–Find A Trusted Babysitter Anywhere You Go One of the most unique gifts…
Learn More

Day 18: Bébé Voyage Advent Calendar–Blend Fresh Ingredients For Your Baby on the Go! Never has making your…
Learn More

Freeze it Flat: The Revolutionary...

Bébé Voyage community member and Gatwick mom Rebecca Redfern writes about how the community can help the planet…
Learn More
PrevPreviousIntroducing Dr. Steve Silvestro’s Child Repair Guide — Medical Advice for Parents on the Go
NextAlex: On Getting Baby to Eat Everything and Handling Baby Jetlag in ParisNext