Family Travel Destinations > Tokyo > Sheryl-Lyn: How this Mom Traveled Pregnant With her Toddler to Japan

Sheryl-Lyn: How this Mom Traveled Pregnant With her Toddler to Japan 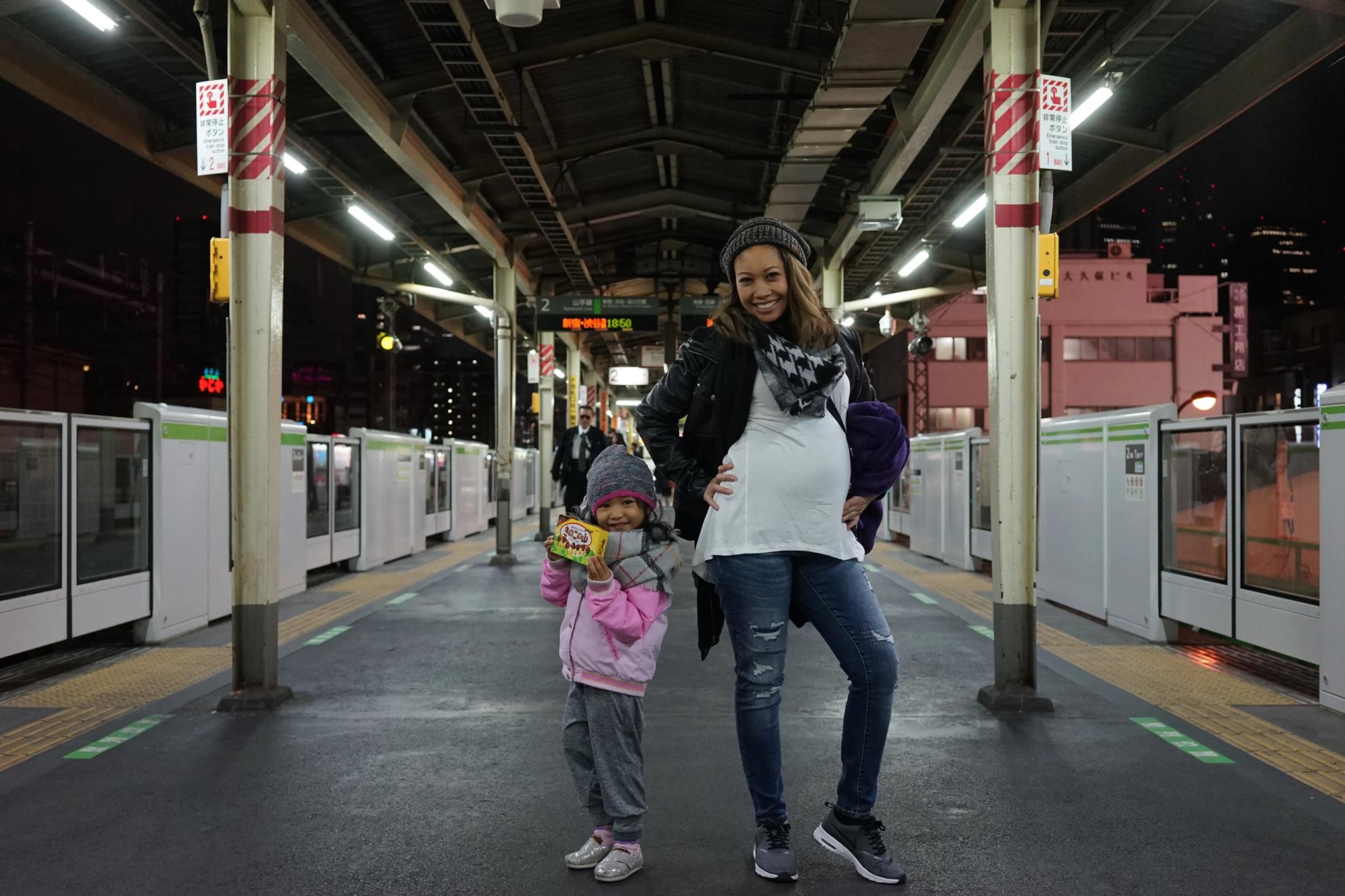 We are so excited to be posting this article about traveling to Japan with a toddler. What’s more, Sheryl-Lyn did this trip pregnant. Talk about wonder-mom! Sheryl-Lyn learned with balance and patience that it is possible to make sure both baby and mom are having a wonderful, enriching experience. More than that-neither kids nor pregnancy can hinder your travel plans!

My husband Rex and my good friend Raquel with her family and her in-laws.

From Chicago, IL to Tokyo, Japan

What inspired you to travel and why did you choose Japan?

Being a family of three with a baby on the way, we wanted to travel before the new baby came and celebrate our upcoming 8 year anniversary. My husband and I did not travel much when we were a young couple (without children) and it is something we wish we did more of.

My good friend Raquel and her husband found an awesome deal on Google flights for round trip tickets to Japan. She notified us and it was a deal we could not pass up on. The tickets were $400 round trip per adult and $300 for my daughter. However, after including tax, my daughter’s ticket ended up costing what one ticket would be for an adult. Japan was definitely a place we wanted to visit but never thought we would ever run into such a great deal. We were happy to enjoy a vacation with great friends! Our daughter was especially excited to go on vacation with her best friend.

The airline we flew on was ANA. I definitely would recommend them. They were very accommodating on the airline. I didn’t realize I had to order a child meal 24 hours before our flight and even though they couldn’t get my daughter a kid’s meal, they let her choose whatever she wanted. Knowing my daughter and how picky she can be, I did bring a back-up meal for her just in case. Beer was free on the flight – definitely a huge plus for my husband!

The seats were comfy and I really appreciated the foot rest provided for each passenger. I especially enjoyed the option to play video games. My 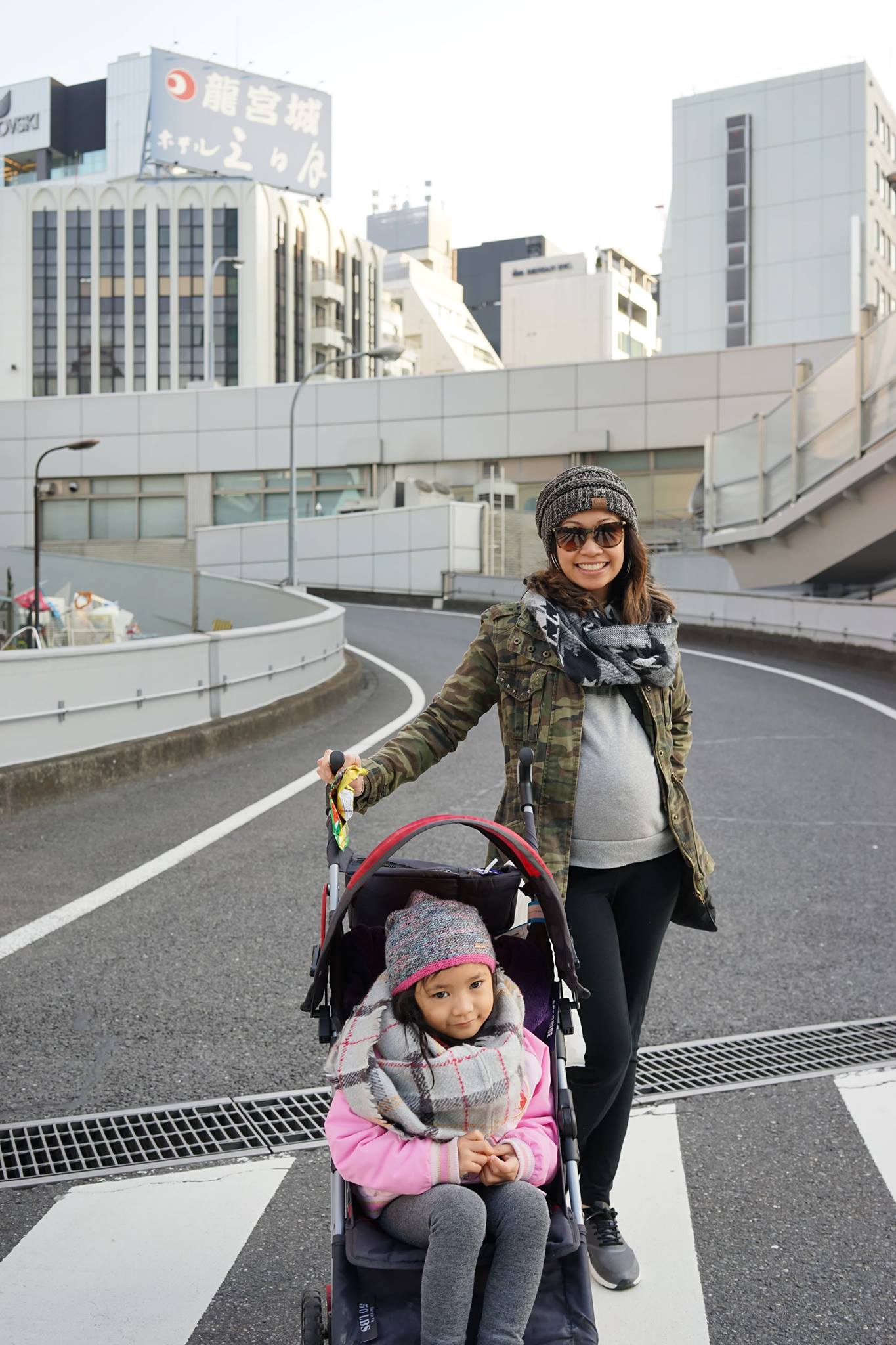 daughter had a blast playing the Disney games, and I enjoyed playing Tetris. We spent the rest of the time watching movies- there was a great selection, including a lot of Oscar-nominated movies. Honestly, with all of this entertainment, the time flew by (pun intended!).

On the way back home, we asked if there was any room to move to a four seat row and they were able to accommodate that after everyone boarded. It was nice and spacious for me and my daughter to lay out and sleep.

I have to say, I wasn’t so impressed with the food on the airline. The rice cracker snack, banana, and drinks were fine, but the meals were just mushy and had overcooked vegetables.

Did you take any other mode of transportation aside from the plane? If so, what, and how did that go?

We landed in Narita airport and took the Narita Express to Tokyo. Once we got into Tokyo we took the JR Line to our “home” for the week in Shibuya. Our condo that we Air BnB’d was right near the two train lines we needed to explore Tokyo.

We purchased our train passes a few days before we left Chicago and it came in the mail in 24 hours. Great turn around time! The train passes included our fare for the Bullet train to Kyoto. While in Kyoto, we used the buses to get to the Temples and a taxi to get back to the train station. 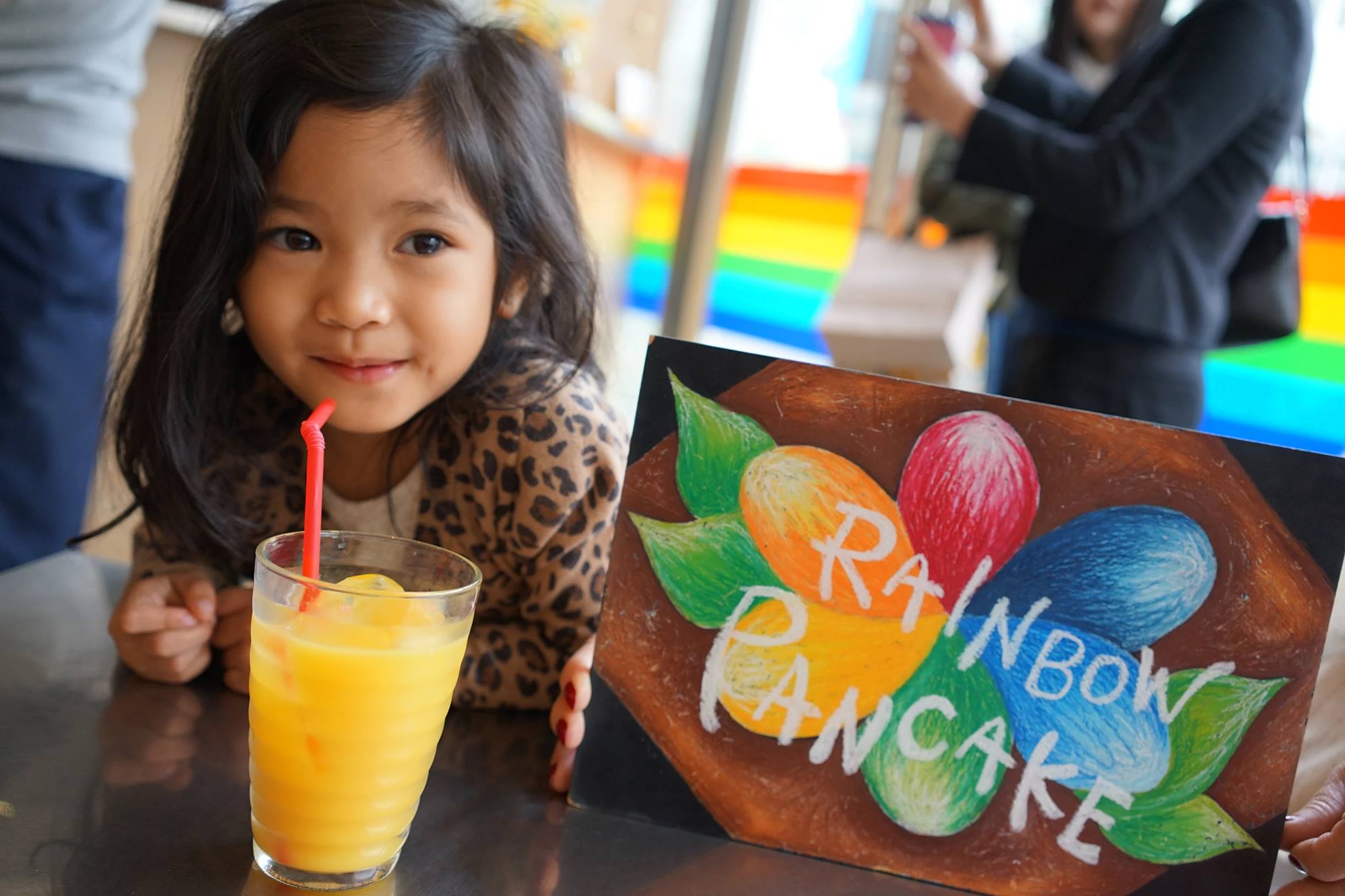 Traveling with a stroller when the train was too packed to fit in. Thank goodness my friend let us borrow their umbrella stroller! We would have to close the stroller up in order to get into a packed train.

Another difficult issue with a stroller was that some train stations didn’t have an elevator. We would have to use the escalator or carry the stroller up/down a flight of stairs.

Before getting to Japan,  I thought that the language barrier would be an issue and I am glad to say it was not. Almost everyone understood English or knew enough to communicate clearly. Some signage were in Japanese but Google translator helped that issue. 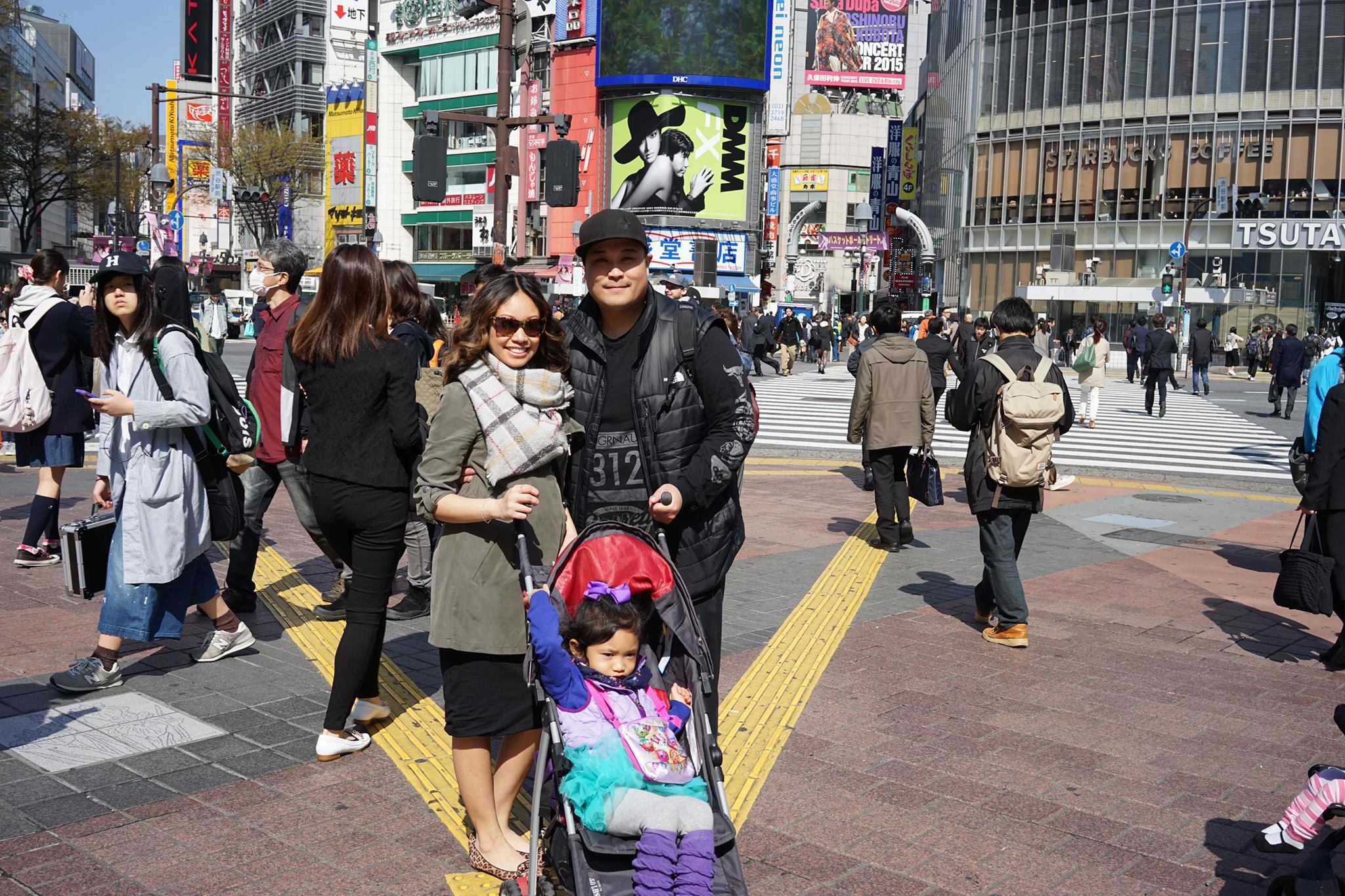 What are your best tips on traveling in Japan for fellow traveling parents? 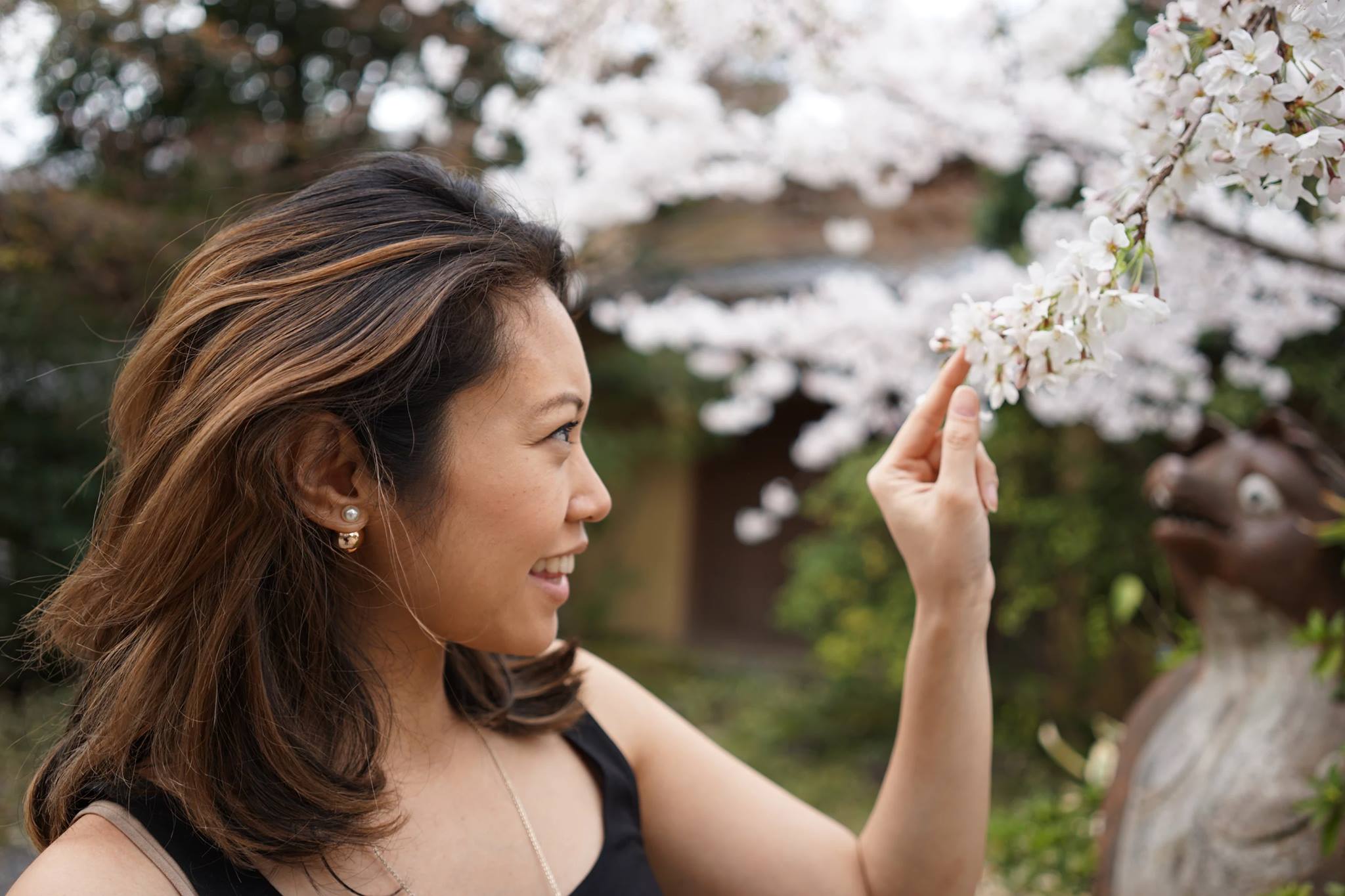 How was traveling in Japan internally like with your little one?

Airline: my daughter was just fine. I kept her entertained with a movie, then the Disney educational video games the airline provided, snack time, meal time, and then nap time.

Train: it was my daughter’s first time on a train and she loved it! She was fascinated by how fast the Bullet was.

Bus: she did fine here as well.

I had her sit by the window and she enjoyed the sites. Her favorite part was looking for Sakura (cherry blossoms trees). Anytime she saw a cherry blossom tree she would yell “Sakura” in excitement! So cute to see! Every day we went out I told her we were going on an adventure and so she really did seize every moment of our “adventure”. 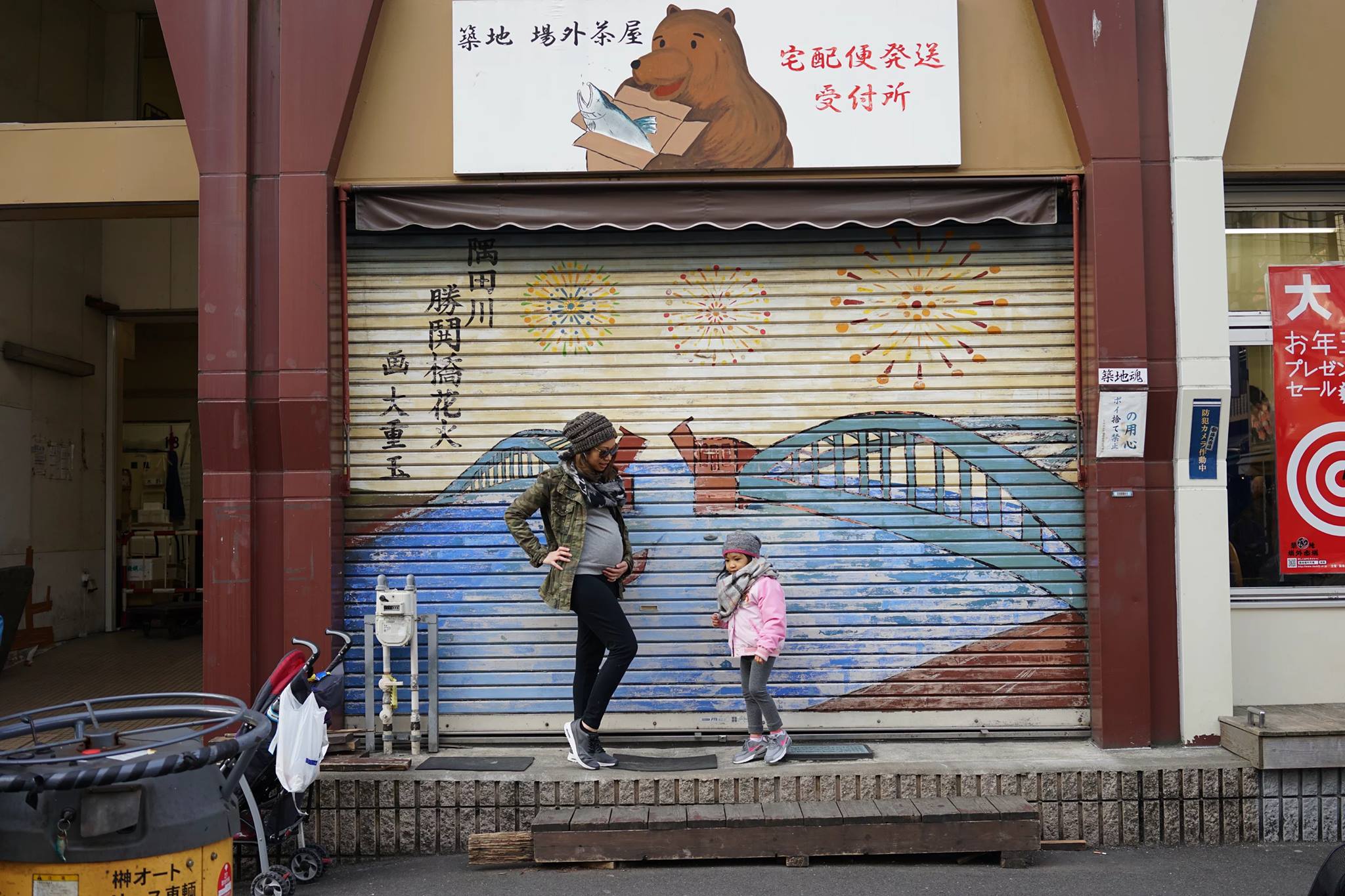 Being 20 weeks pregnant at the time, the greatest success was having the energy to do all the activities we planned.

Besides that, I believe having two 3.5 year olds and a 1 year old on the trip (this is including my friend’s kids) be a part of the trip without feeling like they held us back from any of the activities was a huge success! The girls did great and enjoyed every moment as much as the adults did.