A Day in the Life of a Mom in Southeast London

I’m Hayley – mum to 2-year-old Elliott – and we live in south east London with my husband. Elliott was born here and I moved to London ten years ago, having grown up between the beautiful cities of Bath and Bristol in the south west of England.

London is a fantastic place for children and families, but I must admit I do particularly love the little corner of the city that we call home. There’s a lot of friendly competition between those who live south and those who live north of the River Thames, and I’m definitely in the south camp (with apologies to my dad, who was born in bred in north London!). There’s lots more green space south of the river – more room to roam and to breathe – and with the added bonus that it’s a bit cheaper to live in, too (although London is generally an extremely expensive city to call home).

South east London also happens to be where I work, as a copywriter for an education charity, so these days – in between working three days a week and looking after my son on Mondays and Fridays – I end up spending most of the week in a three-mile radius from my house. On weekends, though, we love discovering new places to go, both in London and further afield, but sometimes we like to put aside a day or a weekend and stay a bit closer to home. And, luckily for us, that 3-mile radius contains some absolutely wonderful places to go for the perfect day.

If we’re lucky, Elliott might have a bit of a lie-in on a Saturday. Anything later than 7.30am is pure luxury for us! Breakfasts are a bit of a chaotic affair as my husband and I take it in turns to have showers and get everything ready for the day ahead. We’ve recently got a car for the daytrips that are a bit further afield, but if the weather’s nice we’ll pop Elliott in the stroller (we love our Maclaren Globetrotter) and chuck all the essentials in a backpack, with the aim to leave the house by 9.30am for a pleasant stroll due north from our home.

We live about a 15-minute walk away from a lovely part of London called Blackheath. The area has a nice “village” feel with lots of independent shops and cafes. One of the cafes, The Brockley Deli, has a fantastic sand pit play area in the garden, so we can enjoy our (hot!) coffees while Elliott enjoys the sand. 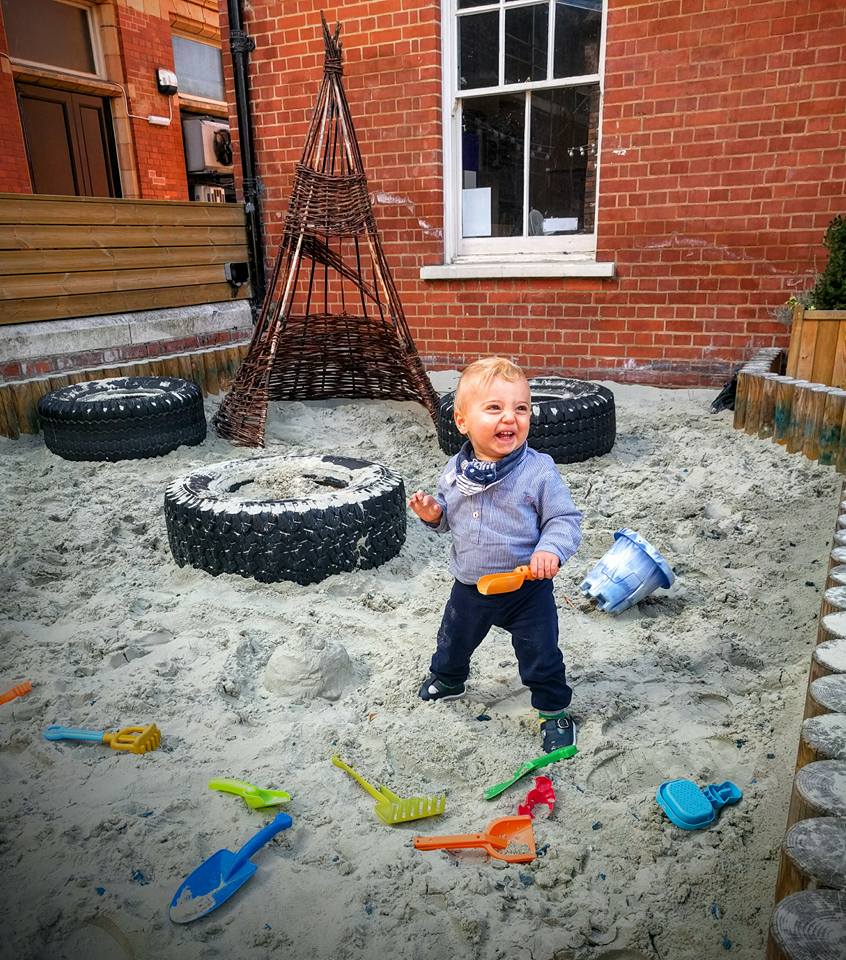 From Blackheath, it’s another 20-minute walk or so to Greenwich. The walk from Blackheath to Greenwich – which takes in so much open green space, the beautiful Greenwich Park and the most breathtaking view over the city before you descend into Greenwich town centre – is one of my favourite walks in London. 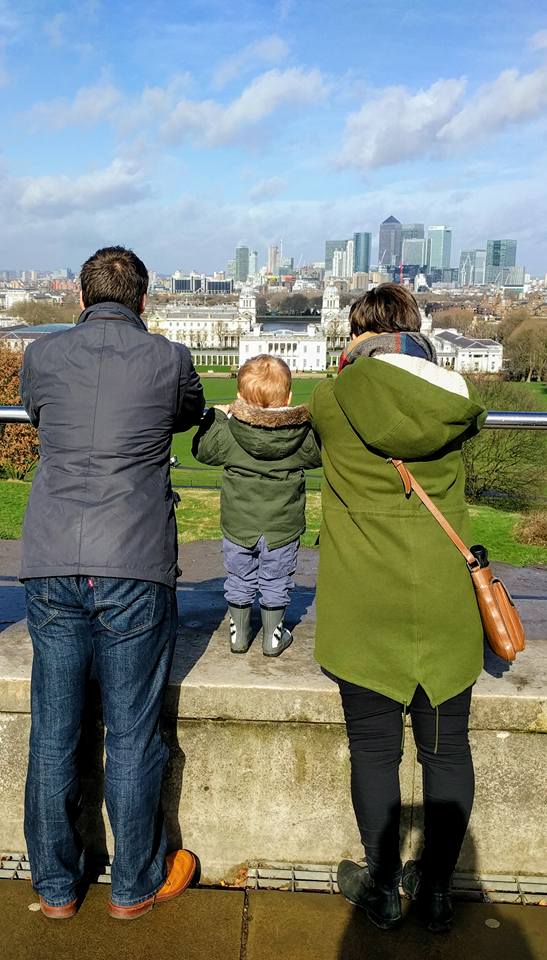 Greenwich is an incredibly historic place, and is well worth visit if you’re ever visiting the city. Located right on the river, there is history everywhere you turn, and also happens to be the home of the Meridian Line, where east meets west at Longitude 0°. Every time I come across the line, I can’t help but stand astride it! With museums, the Greenwich Observatory, the Cutty Sark and pubs galore, you could easily spend at least a day lapping up so much fascinating information.

We feel very lucky to have Greenwich on our doorstep, and, if the sun is shining, we’ll take Elliott to the wonderful play area at the bottom of Greenwich Park (a Royal Park, no less!). It’s probably one of the nicest play areas in the whole of London with loads of space and play equipment.

Thankfully, though, if it’s raining, there’s a great wet weather option within the National Maritime Museum. Ahoy! is a special children’s gallery within the ground floor of the museum which has some of the best interactive exhibits for children (aged 0-7) I have seen in any museum in the world. With all interactive exhibits related to the themes of water and oceans, children can dress up as sailors and captains, become a fishmonger, run around in the beach-themed soft play area or even load coal into an engine room. It’s absolutely enchanting. 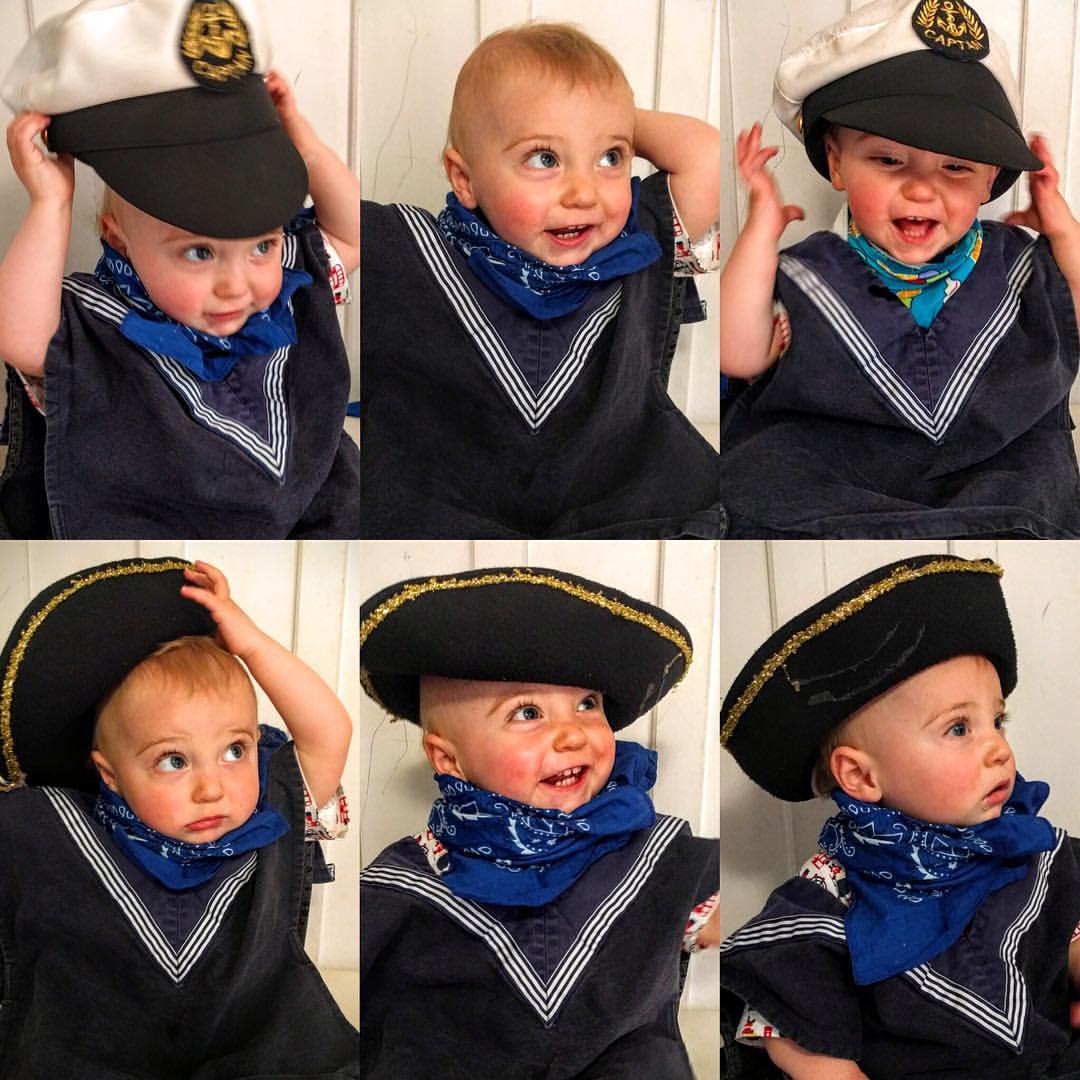 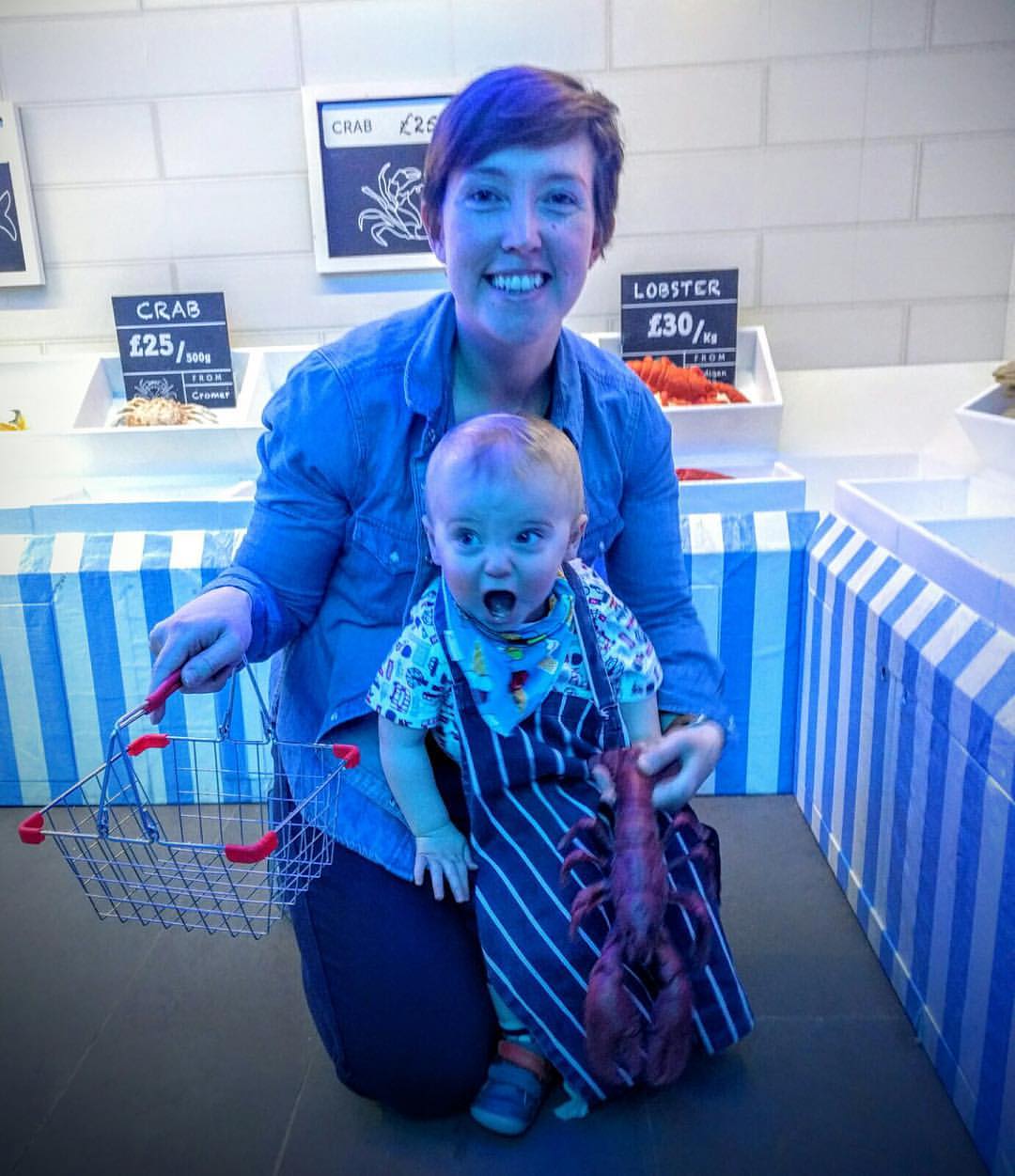 There are loads of family-friendly eateries in Greenwich, but for a bit more of an adventure we like to hop aboard the stroller-friendly DLR (Docklands Light Railway). If you sit at the front children can pretend they’re driving the (driverless!) train!

A couple of stops north from Greenwich is Canary Wharf, which is one of the main financial districts of London. Because it’s a little way from the centre of the city, on weekends it’s usually nice and quiet, with loads of space for toddlers to run around in.

Many of the restaurants here have also capitalised on the fact that their usual weekday clientele desert the district on weekends and offer some brilliant family-friendly dining options. Our favourite is Roka – a contemporary Japanese restaurant which has a fantastic brunch on Saturdays and Sundays. It’s certainly not the cheapest place to eat out, but the food is absolutely fantastic, there’s a play area for younger kids, a brilliant (and non-patronising) children’s menu (although younger children eat for free from the expansive all-you-can-eat starter buffet) and the staff are just so welcoming to families. 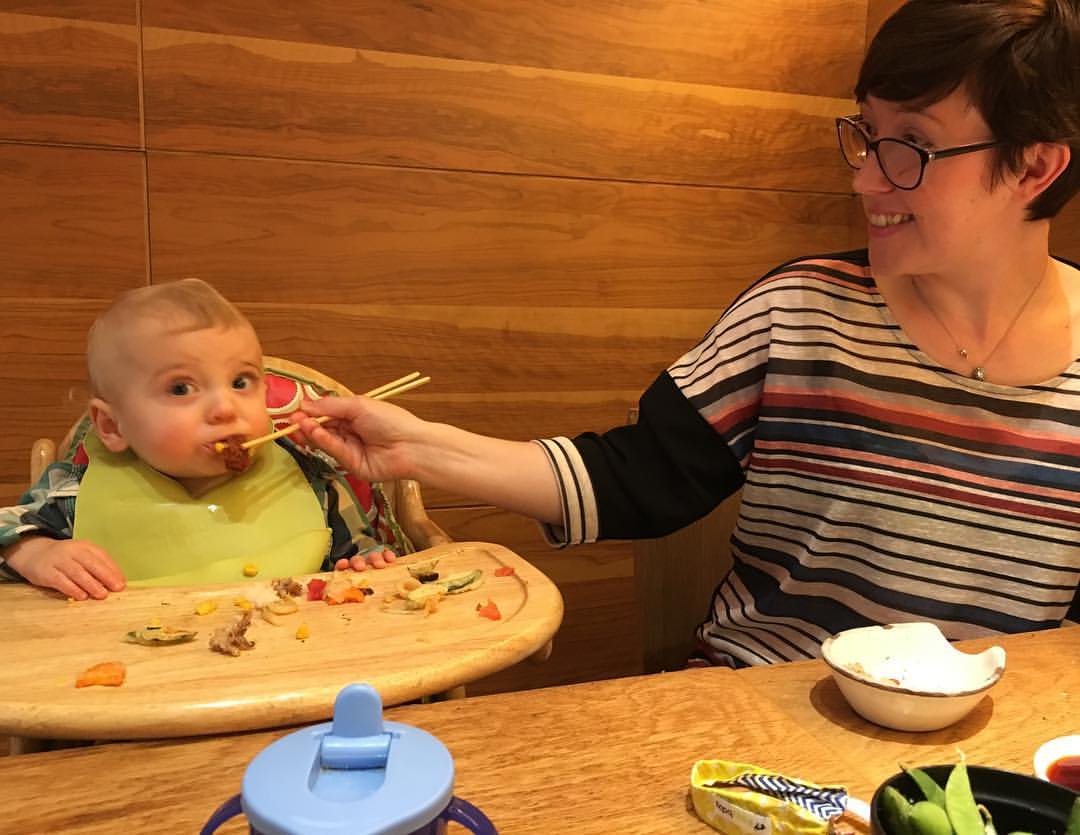 At this point in proceedings we’d like to think Elliott would be so exhausted from the day’s adventures that he might conk out in his stroller for an hour or two. If this is the case, we might jump back south on the DLR back to Greenwich for a swift alcoholic beverage in one of our favourite pubs, the Pelton Arms – a proper neighbourhood pub which the hoards of tourists rarely discover because it’s slightly further east along the Thames path from the centre of Greenwich. 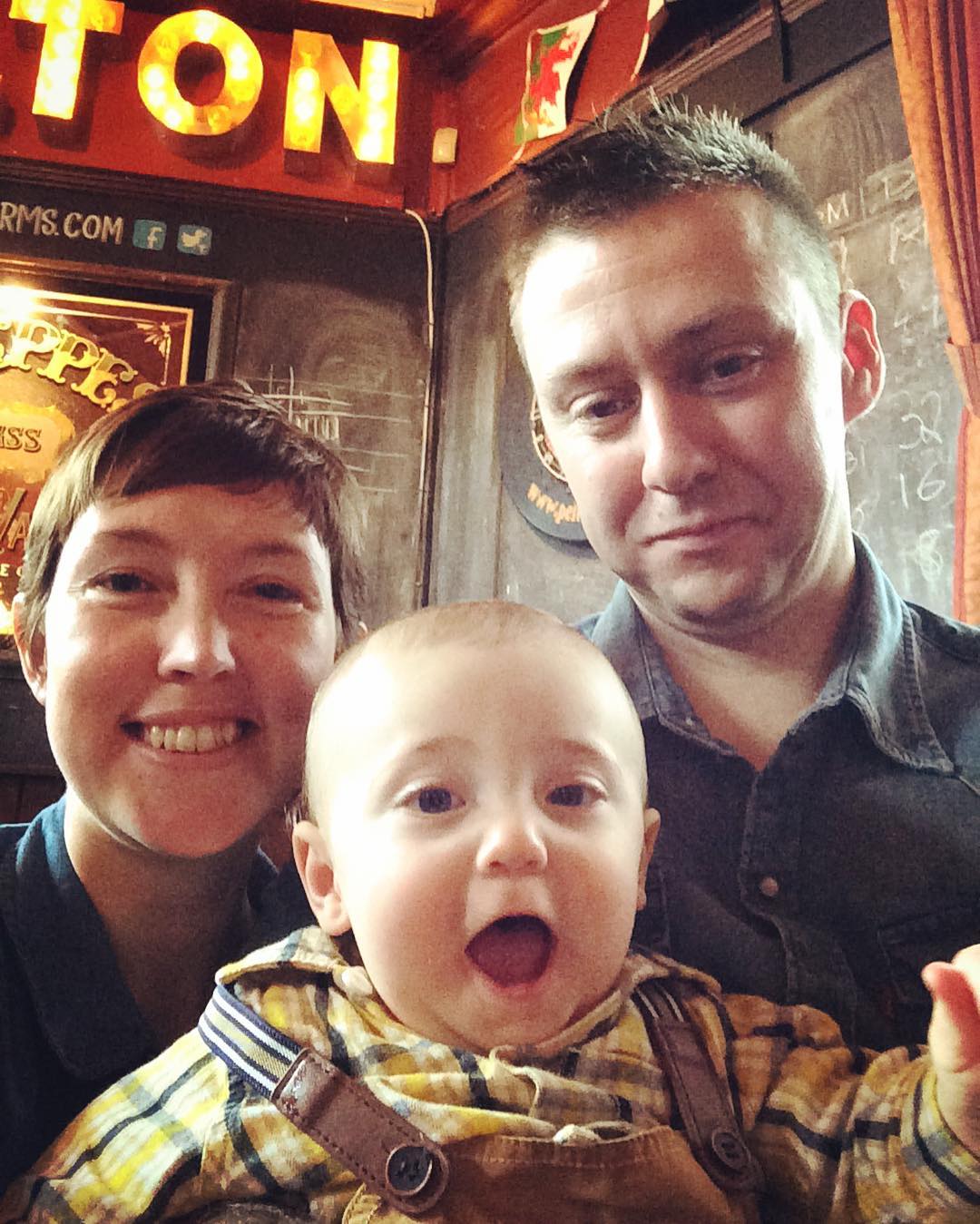 In reality, however, Elliott will refuse to nap and instead we’ll stay on the DLR all the way to the end of the line at Lewisham, which is a quick bus or train journey back home.

Elliott has, shall we say, quite the healthy appetite, so by 4pm he’ll usually be asking for his dinner. Of-course, if we’ve had a big lunch out we’ll normally have a low-key meal at home. But we do have a lovely local Italian restaurant at the end of our road called Luciano’s if we fancy splurging.

And so, our perfect day in London is almost complete. And what better way to end it than to collapse on the sofa with a couple of beers from our new local craft beer shop, Park Fever, and watch our latest favourite show on Netflix, before one of us inevitably falls asleep and we call it a day. 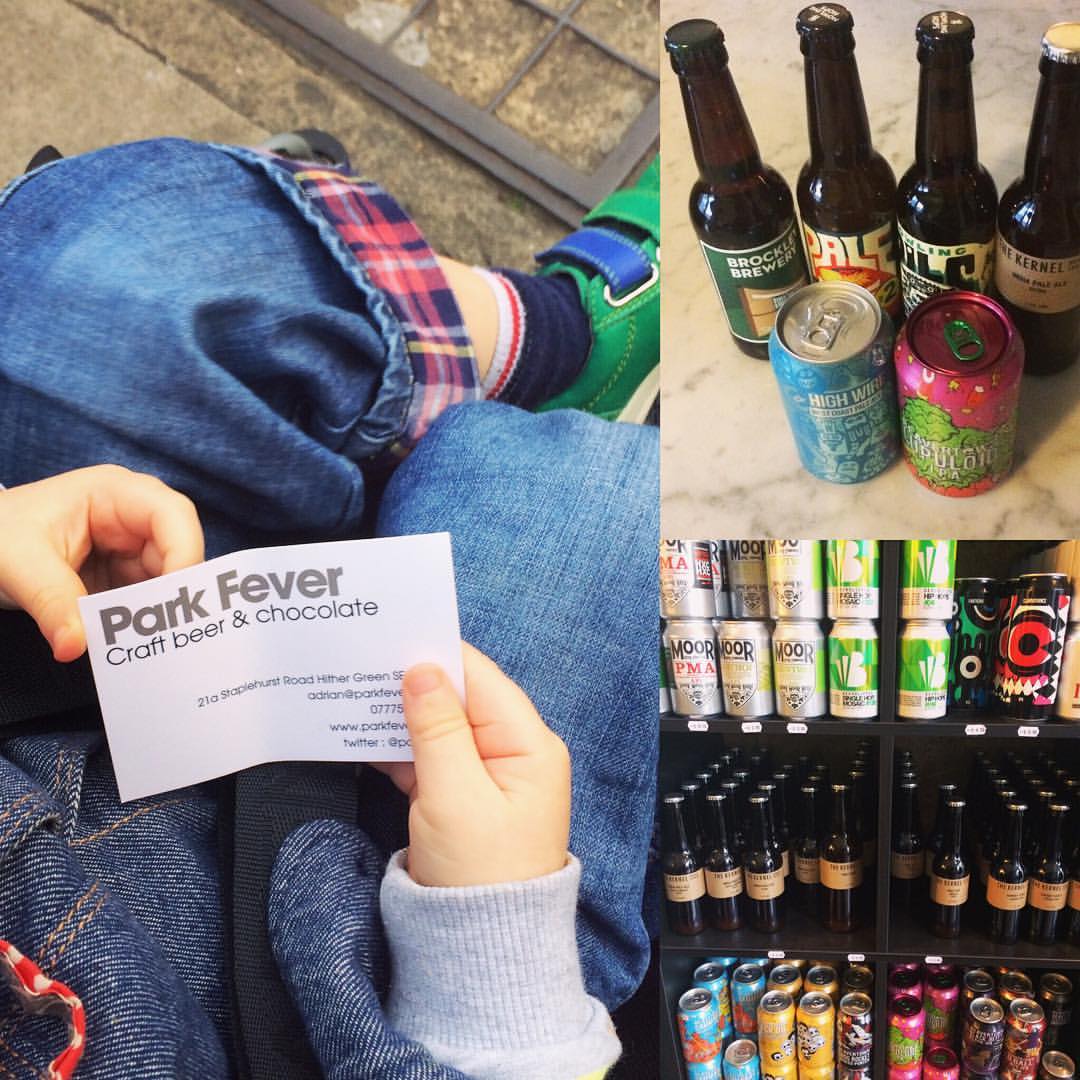 For more of Hayley’s tips on what to do with your baby in London, check out our London destination guide, which she co-wrote. You can also read Hayley’s parenting blog at mumroll.com.

Heading to London from NYC anytime soon? When you book your flight on Air France, not only do you get great deals, but you’re also helping out Bébé Voyage, at no extra cost to you. They see that we’re sending them traffic when you start here and as a thank you they send us a small commission. 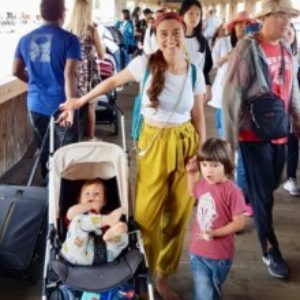 Daniela is the blogger behind www.ababyabroad.com. She is from Santiago, Chile and is currently raising her bebe in Shanghai, China.
All Posts »
Become a member
PrevPreviousHow to Instill Multiculturalism in Children
NextTraveling With Your Car SeatNext

Daniela is the blogger behind www.ababyabroad.com. She is from Santiago, Chile and is currently raising her bebe in Shanghai, China.