I did something extraordinary in early July to celebrate a milestone birthday: I got away on a (albeit short) vacation away from my kid and my spouse. Spoiler: it was glorious! Aside from also getting to see one of my best and oldest friends for the first time since the pandemic hit, one of the most wonderful parts of the experience was discovering a region that I had passed over hundreds of times: The Yakima Valley in central Washington State.

I had always overlooked Yakima even though it had become a rising star in Pacific Northwest wines over the last decade and I’m mad at myself for doing so. I’ll save you from years of missing a truly hidden gem in the middle of Washington with a little snapshot of my two-day visit there in July plus some things I regretfully missed. While this was an adult-only vacation, all of these activities are kid-friendly. But by no means are you required to take your children there!

As I turned off of I-90 and headed south to Yakima, the dry, flat landscape turned into golden rolling hills that eventually lead to a sweeping green valley of orchards with the backdrop of the Cascade Foothills where you can see Mt. Adams in the distance, which is called Pahto by the Yakama people and other tribes in the region. Through the Yakima Valley runs the Yakima River which, along with the fertile grasslands and abundant game, served as a traditional hunting and gathering site for the Indigenous people of the region, called the Peoples of the Plateau. Today, the Yakama Nation remains as the primary Indigenous stewards and protectors of the land and Native culture of the area.

Over the last century-plus, Yakima has become the center of agriculture in Washington State where apple, cherry, and peach orchards are everywhere. The other fruit Yakima is known for is the grape, which began being planted in a 1980s boom, of sorts that have led the region to become known for wine. You can also credit the Yakima Valley for your beer with over 75% of U.S. hops are grown in the region. Agriculture has also shaped the culture and cuisine of the region not just in the food that they grow, but in the people the work has drawn. Mexican farmworkers, particularly from the Michoacan region, have long come to work in the region which has taken root in the amazing traditional Mexican food in the region.

Between the food, the landscape, and the culture of the region, there is no shortage of things to eat, see, do, and drink. 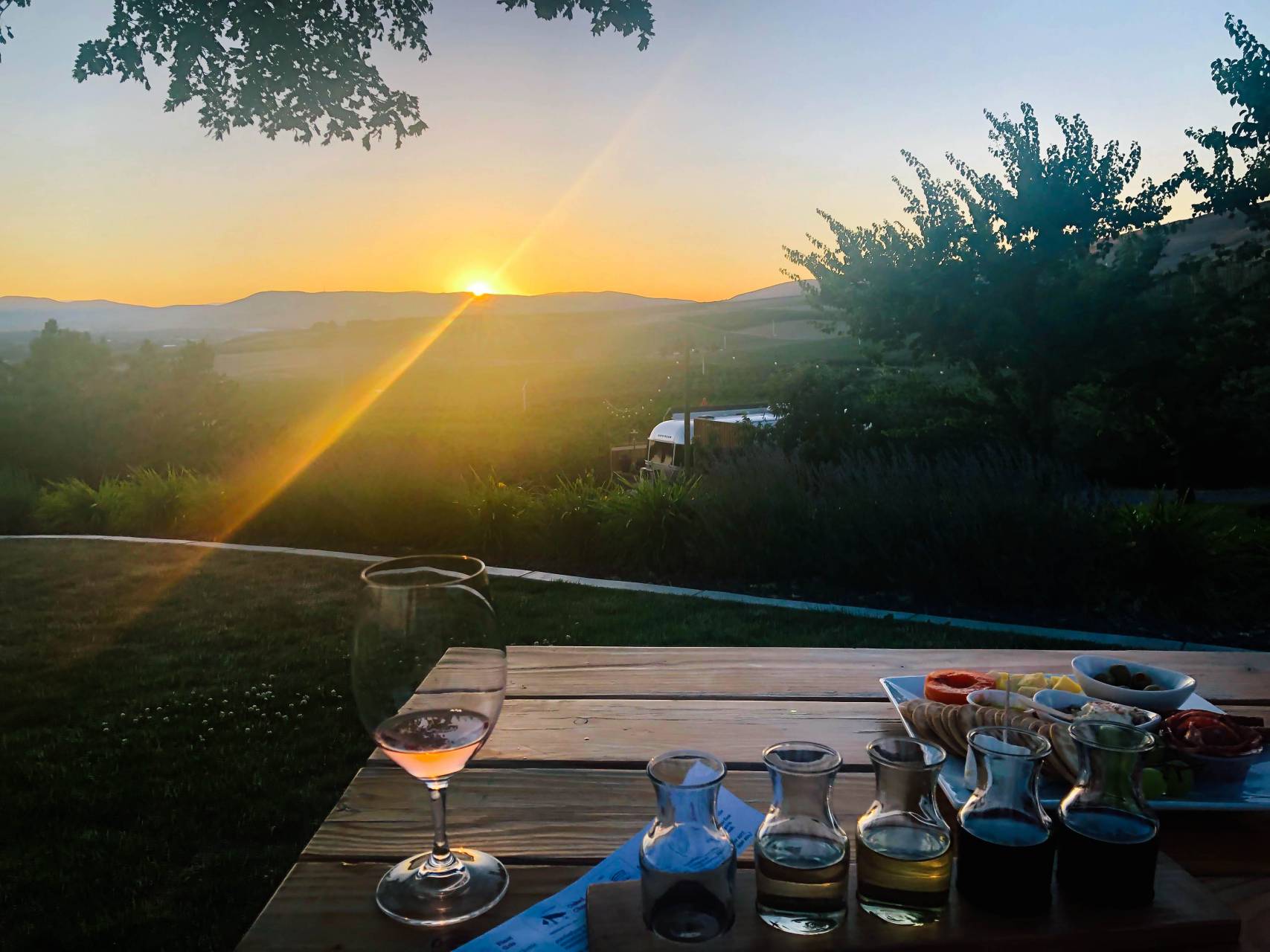 With the rolling hills, views are where it’s at in the Yakima Valley. And the spectacular views are abundant in Freehand Cellars’ three on-site rentals in Wapato, a few miles south of the city of Yakima and it couldn’t have been more perfect. While the tasting room happened to be closed the two days we were there, guests can order a tasting flight that they’ll leave for you in your rental that you can enjoy on their beautiful grounds (great for kids to run around) poised on a hill above the valley with sweeping views of orchards and Mt. Adams in the distance. If Freehand is booked, there are a number of mid-range and budget hotels including the Best Western Plus and Hilton Garden Inn which have the ever-important indoor pool situation coveted by kids around the world). 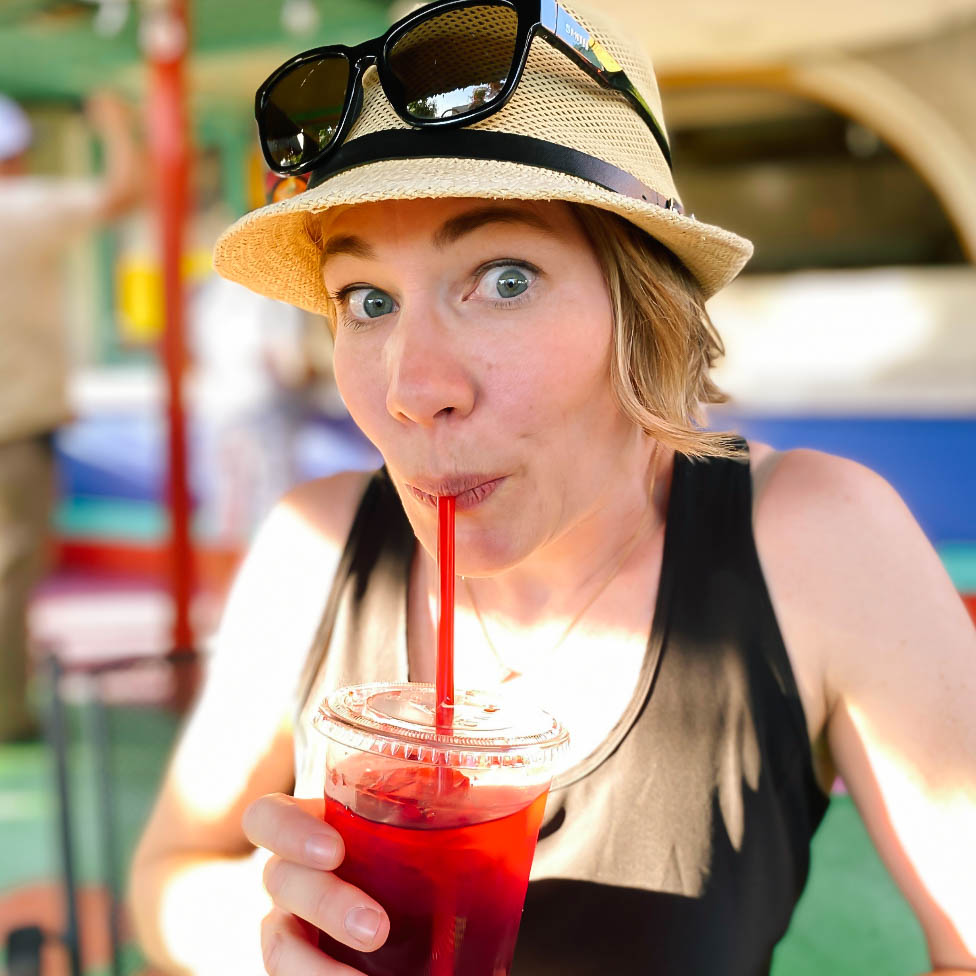 The Yakima Valley wine region is split up into four clusters (Yakima, Zillah, Prosser, and Red Mountains) with over 120 wineries. As many a wine-drinking parent knows, wineries with lawns can be supremely kid-friendly if you pack in snacks and diversions. We, of course, were kidless on this trip and saw but a tiny fraction of said wineries, but I can at least vouch for the unique wines of Owen Roe, the super interesting sparkling wines (including a Syrah!), and a fantastic shaded patio of Treveri Cellars, and, of course, the very tasty juice of Freehand Cellars. Keep an eye out for various events held at wineries at Visit Yakima for fun happenings for the whole family. For a more comprehensive review of the wines of the region, check out this New York Times Travel article which takes you through the valley all the way to the Tri-Cities.

As the hop-growing capital of the U.S., there are, of course, local breweries doing justice to the hops the region grows. And, as Portlanders with breweries galore, we’ve always found that breweries are some of the best casual kid-friendly drinkeries and eateries. Check out Hop Capital Brewing, Valley Brewing (with their amazing patio and lawn and occasional live music), and Single Hill Brewing (they even have a kids corner!).

In recent years, Yakima’s restaurant scene has beautifully leaned into the agriculture on which modern-day Yakima is built. In the city of Yakima, you’ll find a few really great places including Cowiche Canyon Kitchen & Icehouse, White House in Yakima, and Crafted. The latter might be a bit fancy for the kiddos, but might still be worth checking out with them.

For breakfast food, we wanted something light along with something deliciously caffeinated so we took our rental host’s recommendation to check out Essencia Artisan Bakery which further captivated us with their large pride flag in the window. But it was the incredible baked treats that made us go back each morning. Mak Daddy Coffee Roaster, also downtown, is a great option for the coffee snobs among us :).

You can’t leave the area without the incredible Mexican food that has become a staple in the region. During our visit, we made multiple visits to El Noa Noa in Wapato–with its grass roof and colorfully painted concrete patio, their incredible food, and outdoor dining, it will transport you to another place. The other two spots that are must-visits are Antojitos Mexicanos Restaurant and Los Hernandez Tamales for their James Beard award-winning tamales (hot tip: get some frozen tamales to enjoy for more than the one sitting–they also ship!).

Last, if you really want a taste of the agriculture of the region, don’t miss the Yakima Farmers Market which runs on Sundays from May-October.

What to Do and See 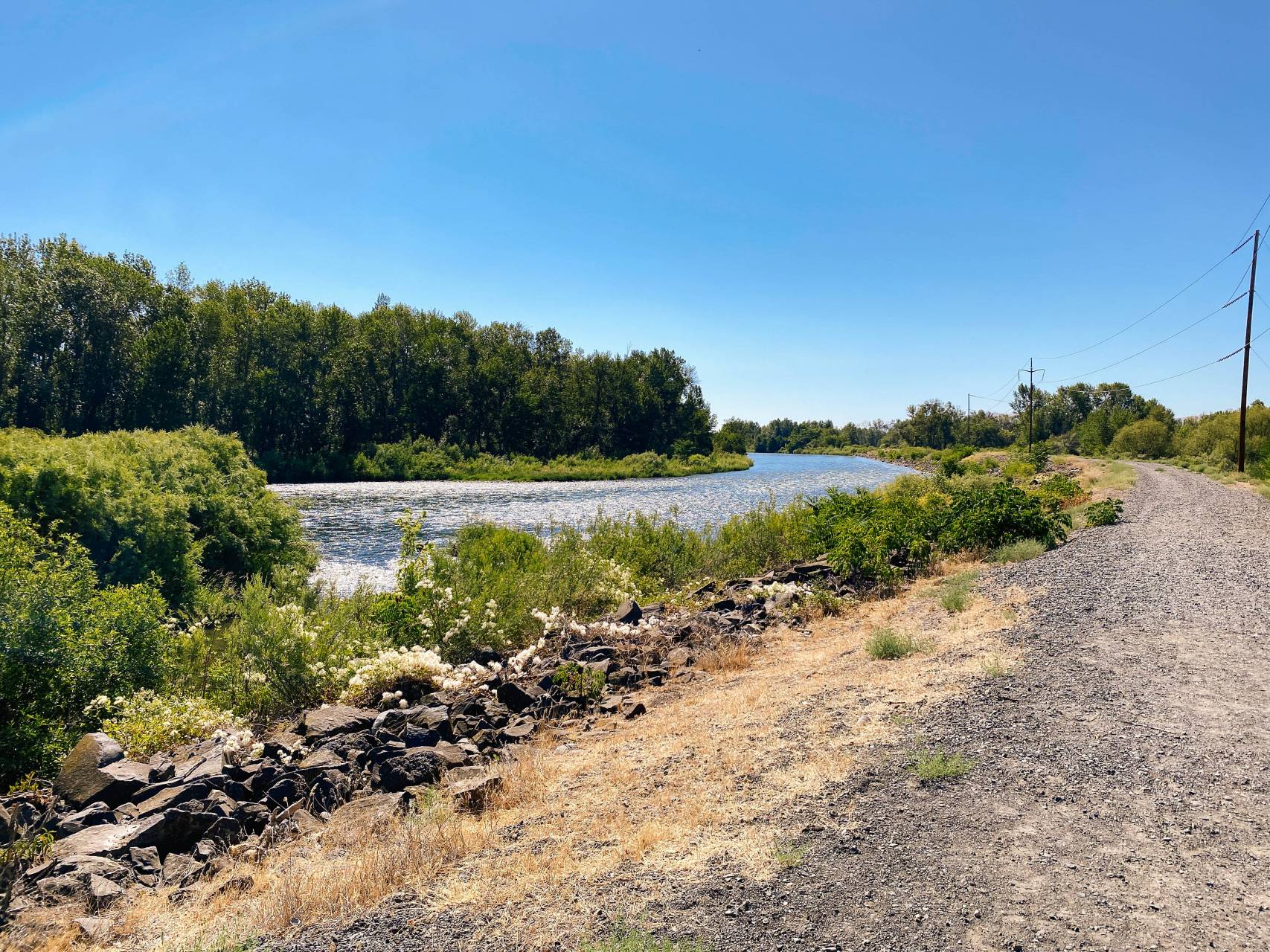 Because of Yakima’s sunnier dryer weather than, say, their neighbors across the Cascades, outdoor adventures are quite possible year-round. To go out for a short stroll or a decent hike, there are a lot of options both in and near town. Staying close to town, The Yakima Greenway is a ten-mile paved path along the Yakima River between Yakima and Naches. There are a variety of access points along the river to walk however long you like. We parked at Sherman Park (after picking up our breakfast at Essencia Bakery, of course) and took the path from there. Not far from town for a short hike, you can find Cowiche Canyon where there are 13 miles of unpaved trails that bring you through a landscape that essentially tells a geological history of the region in the volcanic rocks and habitat around it.

If you’re museum people there are some great options to learn about the area and the people there. The Yakama Nation Museum and Cultural Center in Toppenish is a perfect starting point to learn about the Yakama Nation, their history, culture, and their roots in the region. They have a fantastic display of animals and landscapes that have translations in their language that kids will love. It’s a great starting point to understand the significance of Mt. Adams/Pahto, which you can see from many places while visiting the area. The Yakima Area Arboretum is also an incredible way to learn about the area through this 46-acre “living museum.” And the Yakima Valley Museum gives an even wider view of the Valley’s history and significance. The museum also happens to be next door to Franklin Park which has all the park things to do, including one of the only public pools in the region.

Hopefully, this brief description of Yakima is enough to inspire at least a couple of days’ visit there. It’s truly worth it and a completely different side of the Pacific Northwest than those who don’t already live here (and many of those who do) have experienced.

Southeast Alaska – Where the Cruises Go