I am so excited about this series and it is one that we would love for you to share with your children! We will be exploring some incredible trailblazing travellers and explorers from across the centuries who we hope will inspire your children! Some will be scientists, doctors, and mathematicians, some will be artists, and others just have the ambition to challenge themselves or to explore an area that has never been explored before. They will be going to Space (such as today’s valiant explorer Mae Jemison), to the bottom of the ocean, across seas, land, and up mountains.

Starting us off on our own journey of discovery we have:

Why is she featured as one of our top trailblazing explorers:

Mae Jemison was the first African American woman to become an astronaut. She was the first African American woman to be admitted into the NASA astronaut training programme and in 1992 she spent a whole week orbiting the Earth in the space shuttle Endeavour. When she went up into space, she took objects from Africa and African-American culture to make sure that black people were represented in space.

What do we know about her life?

Alabama in the 1950s was segregated and opportunities for African Americans were far and few between so when Mae was 3 her parents moved to Chicago. Mae was hard working and extremely bright and didn’t let any slight get in her way – she went to university when she was only 16 on a scholarship to study science! She first went to Stanford University where she received two degrees, one in chemical engineering and one in African-American studies, and then onto Cornell Medical School for her Doctorate – what a portfolio!

She grew up obsessed with the Apollo missions but saw that no one that was going up into space looked like her. However, she discovered Star Trek and this series featured people of different races and genders working together – this TV show became her inspiration, and Lieutenant Uhura became her role model.

In addition to this, she was a keen dancer – she learned several styles of dance, from African to Japanese, Ballet to Jazz. She initially wanted to be a dancer, until her love of space took over!

Here are some children’s books to find out more about Mae Jemison and space:

Work It, Girl: Mae Jemison: Blast off into space like 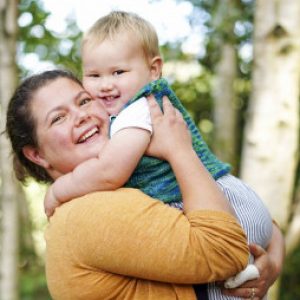 All Posts »
Become a member
PrevPrevious4 Great LGBTQ+ Children’s Books, Because LGBTQ+ Stories Should be Celebrated Every Month
NextTabbouleh From Syria and Lebanon: Delicious Recipes From Around The World!Next