Five Things That Can Go Wrong While Traveling with a Baby

…And What to Do About Them…

We sometimes panic about the smallest details when traveling with young children, and we try so very hard to plan to prepare for anything that may go wrong. Although one or two bad things are bound to happen, things can go wrong even for the most experienced travelers. We have traveled about fifteen times with our son who is a year and half old, and despite the fact that I am plan freak, we have still been in complex situations. Luckily we’ve overcome these positively. 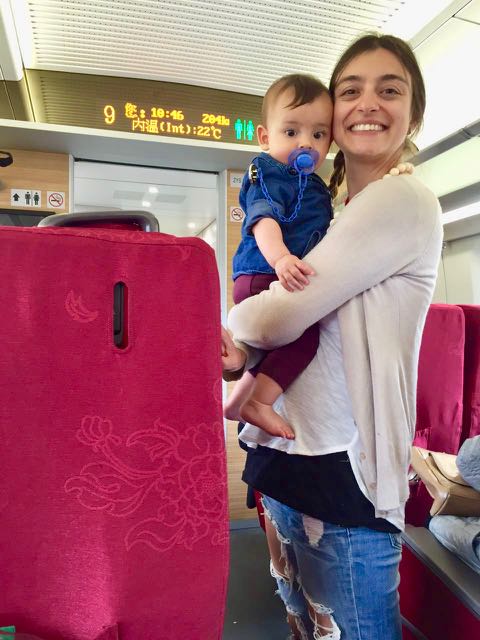 In the spirit of helping others avoid these situations, or at least know what to do to solve them, here is a list of five things that could go wrong… and what you can do about them if they do. 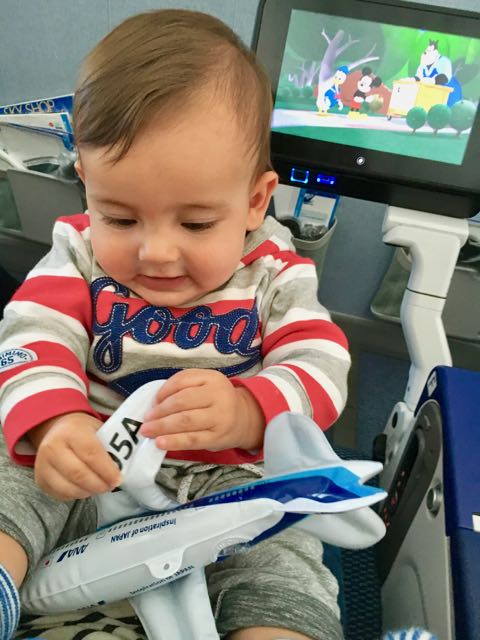 No matter the means of transport – airplane, car, boat, even a tuk – tuk, your child can get car sick!

As I was researching the topic after my son got motion sickness from riding backwards facing on a tuk-tuk for almost an hour, I was surprised to learn that motion sickness is very rare in children under two years of age. As soon as we stepped off from the tuk-tuk, the poor guy was nauseous and threw up. Thank goodness I had enough time to take him out of the baby carrier in time… we were both unstained!

To avoid motion sickness, always keep your child facing forwards, hopefully with a view of the road ahead. Make sure the temperature is cool and fresh, so opening windows in the car, using a fan in an airplane, or stepping outside to the deck on a boat are good ideas.

Younger babies can’t tell you if they feel nauseous, so observe your child closely for any signs of strange behavior, such as being uncharacteristically still and quiet.

Also, take frequent breaks, and avoid long hauls. If possible, stay the night at the place of layover when traveling by plane, and plan frequent stops for snacks and refreshments if traveling by car.

We all know children regularly get fevers and in general it’s nothing to be worried about. Having said this, it is a drag when it happens while you are traveling. I always carry a thermometer and fever reducing medicine with me when we travel, and I had never needed to use it, until one day, I did!

Some people have a really hard time telling if a child’s temperature is higher than normal. Especially as a first time mom of a boy that hardly ever gets sick, I was one of them. A big fail was when I ignored my instincts. I could feel my son’s body warmer than usual, but as I saw him in such good mood, I didn’t think much of it. Only after two hours of sleep, when he woke crying, did I use the thermometer and found out he had 38.5 ºC! Luckily it was nothing more than a random fever. We never found out what had caused it, and just to be extra sure, we went to see the doctor upon arriving home. Of course, she said everything was okay, and she gave me that “you’re a first time mom” kind of look the whole time.

Always take a thermometer and fever reducing medicine with you. No matter how cautious you are at preventing your child from getting sick, he or she can get a fever, just because. Also, you should always travel with health insurance, and of course, check for any precautions you should take before traveling. For some places, an extra vaccine is recommended, and you should always consult with your doctor about any measures you can take to prevent your child getting sick while traveling.

Problems with your visas

This may seem super obvious, but I can tell you first hand, it’s not. We were in Laos and were going to fly to Vietnam the next day. I guess I was enlightened because out of the blue I decided to quickly do a Google search for visa requirements – yes, the day before our flight. To my surprise, we needed visas, and did not have them. “No biggie,” I thought, “You can apply for the visa online and get it within 24 hours.” My relaxation turned to dust when I further inquired and found out it was Lunar New Year in Vietnam which means no one was working and visas could not be processed. Our flight was the next day and we were in Laos with nowhere to stay! I panicked, of course, like I always do, while my husband breathed deeply and stayed calm, like he always does. We finally found an agency that did the visa paperwork on super short notice and even while on holiday, for a “modest” sum…

Moral of the story — always make sure you find out about visa requirements at least a month prior to traveling.

Mixed up passports and other important documents

If you, your spouse and your child have different nationalities, chances are some of you may have more than one passport. This was the case for my son, who had two different passports, both valid, but whose Chinese visa – where we live – was only on one of them. You can guess what happened when I showed up at the airline counter with the wrong passport! They didn’t let me board the plane as I did not have the appropriate documentation.

Similar to this, we once had trouble while leaving Chile, which is where we are from. We did not have documents that demonstrated that our son is our son – I know, sounds silly, especially when both our last names are on his passport. Regardless, different countries have different requirements and some may ask to see additional documentation, so always check first with the consulate or embassy to avoid problems like this.

All of us who travel often know that airlines do whatever they want with their schedules, and they certainly do not care much for our timetables and plans! Especially in Asia, airlines delay their flights a lot, and sometimes even change the departure to an earlier time!

Always check the flight status early on and frequently. If your flight is during the morning, start checking the night before. If it’s in the evening, start checking early in the morning. A quick Google check with the flight number and airline will automatically give you the flight status, which is very convenient. Many airlines also have phone apps that send you notifications and it’s also a good idea to download these. Some agencies that you use to book your tickets, such as Skyscanner and Ctrip, also have convenient apps that do the same. 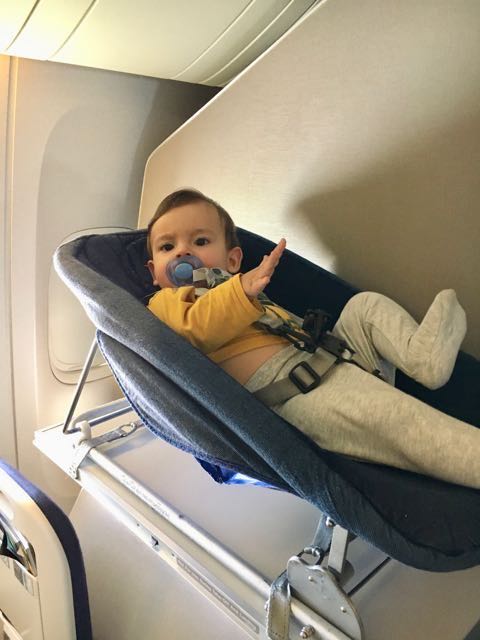 What problems have you encountered during your travels? How have you solved them? Share in the comments below and help others avoid them!